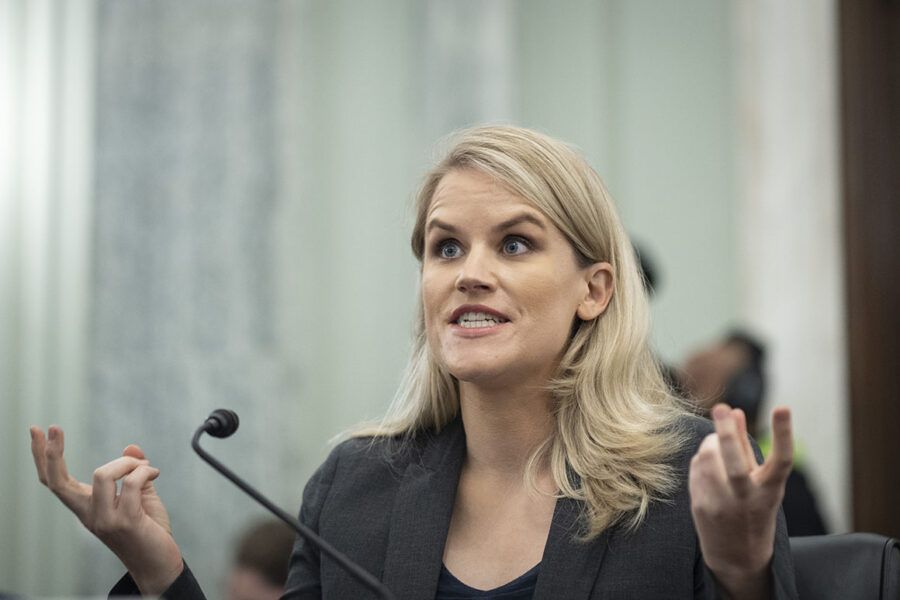 A whistleblower’s disclosures about Facebook’s impact on children may have finally given Congress something it has lacked: bipartisan resolve to tighten Washington’s grip on Silicon Valley.

Lawmakers have said this kind of thing before. But Tuesday brought an unusual show of unanimous support across party lines as lawmakers linked arms to hear former Facebook employee Frances Haugen detail the ways in which she says the social media giant knowingly pushes and profits off products that harm children.

She asked for their help, and they made a case for why this time will be different.

“There’s always reason for skepticism about Congress acting on any issue,” Sen. Richard Blumenthal (D-Conn.), who chairs the consumer protection panel that convened Tuesday’s session, said after the hearing. But at the same time, he said, “there are times when the dynamic is so powerful that something actually is done — and I think this issue may be one where the power of bipartisan outrage and support really enabled us to cross the finish line.”

“I have rarely — if ever — seen the kind of unanimity on display today,” he said.

Even some with ties to Facebook described this as a possible turning point. Katie Harbath, who until this year was a public policy director at Facebook, called Tuesday’s session “the most substantial hearing we’ve ever had on tech.”

“I don’t think this moment alone all of a sudden is like, ‘We’ve got legislation!’” she said in an interview. “But I put it on the level of milestones of crises — the Russian ads, Cambridge Analytica — for the company that I think is entering us into a new era.”

Here’s are POLITICO’s biggest takeaways from Haugen’s testimony, including new details about the way Facebook operates and her recommendations for how Congress can crack down on the company’s behavior.

The hearing was notable for its lack of the partisan sparring that has marked some recent tech blockbusters in Congress — even as Haugen shot down some of the top proposals lawmakers have offered for regulating the industry.

She advised lawmakers both against trying to separate Instagram from Facebook, as many Democrats have advocated, or narrowing the types of speech covered by an online liability shield known as Section 230.

“I’m actually against the breaking up of Facebook,” she told the senators, adding that such a split would not solve the problems that lawmakers care about.

“If you split Facebook and Instagram apart, it’s likely that most advertising dollars would go to Instagram, and Facebook will continue to be this Frankenstein that is endangering lives around the world,” Haugen said. In that situation, she added, the cash boost to Instagram would mean fewer resources for Facebook to address its problems.

Instead, she recommended the creation of a federal regulatory agency — an oversight board of sorts, authorized by Congress — that would help analyze tech companies’ research, activities and transparency and craft appropriate regulations.

“Finding collaborative solutions with Congress is going to be key because these systems are going to continue to exist and be dangerous, even if broken up,” she said.

Haugen also urged lawmakers to recast their approach to Section 230, the 1996 statute that shields internet platforms from legal liability for content that users post. The provision has sharply divided the parties, with many Democrats and Republicans at odds on whether the main problems with tech platforms involve hate speech and disinformation or censorship.

Rather than focus on the content of what users post online, Haugen urged the lawmakers to alter the statute to hold companies accountable for the algorithms that decide which content users see.

Tech companies have relatively little control over user-generated content, making it more difficult to alter Section 230 on that basis, Haugen said, but “they have 100 percent control over their algorithms, and Facebook should not get a free pass on choices it makes to prioritize growth and virality and reactiveness over public safety.”

Spokespeople for Facebook dismissed Haugen’s credentials after the hearing, emphasizing that she’d worked for Facebook for only a short time, never attended a meeting with top executives and did not work directly on some of the chief issues she testified about.

But Blumenthal described Haugen — a former debate team captain in her native Iowa, according to local news reports — as “eloquent and persuasive.” And he told reporters after the hearing that all of the changes Haugen proposed deserve “serious consideration.”

Bipartisan legislation dealing with protections for children and teens is “likely the only issue which Congress can immediately rally around,” said Jeff Chester, executive director of the nonprofit Center for Digital Democracy.

Members of the panel agreed about the need to push ahead with tech regulations and consumer protections — showing a consensus and hunger not seen across the board at any other major tech hearing in recent memory.

But some vented frustrations about how it has been hard to achieve any of their shared goals. And for that, they blamed tech lobbyists.

Congress has “done nothing” to meaningfully tackle the problems surrounding Facebook, like children’s privacy and safety, due to the intense lobbying efforts of the tech industry, Sen. Amy Klobuchar (D-Minn.) said during the hearing.

“We have not done anything to update our privacy laws in this country — our federal privacy laws — nothing, zilch, in any major way,” said Klobuchar, who chairs the Senate Judiciary Committee’s antitrust panel. “Why? Because there are lobbyists around every single corner of this building that have been hired by the tech industry.”

But both Republicans and Democrats said the whistleblower’s testimony would be a catalyst for action.

“The conversation so far reminds me that you and I ought to resolve our differences and introduce legislation,” Sen. Jerry Moran (R-Kan.) told Blumenthal during the hearing.

“Our differences seem very minor in the face of the revelations that we’ve now seen,” Blumenthal responded.

Blumenthal later told reporters the testimony had provided an impetus for Congress to move on a national privacy bill and children’s protections under the KIDS Act, which places guardrails on features that amplify certain kinds of content.

Facebook’s hiring struggles give new meaning to ‘big is bad’

One reason Facebook struggles to tackle harmful content and online threats is that it has trouble recruiting and retaining enough employees, Haugen said, suggesting that the size of the company leaves staffers spread thin and makes oversight and action more challenging.

It was a stunning claim given that Facebook, one of the world’s wealthiest companies, is staffed with tens of thousands of workers and the company has touted additional hires around high-stakes events like the 2020 U.S. elections and the Covid-19 pandemic.

“Facebook has struggled for a long time to recruit and retain the number of employees it needs to tackle the large scope of projects that is chosen to take on,” she said. “Facebook is stuck in a cycle where it struggles to hire — that causes it to understaff projects, which causes scandals, which then makes it harder to hire.”

‘We’re only at the tip of the iceberg’

Harbath said complaints that the whistleblower has filed with federal securities regulators “are just a little drop” hinting at what may be coming for Facebook. And given the enormous volume of documents she turned over to Congress, “we’re only at the tip of the iceberg.”

Haugen’s lawyers filed at least eight complaints with the Securities and Exchange Commission, alleging that discrepancies between Facebook’s internal research and public statements may have misled investors. Those accusations could lead to shareholder suits and SEC enforcement action against the tech giant.

“There’s a lot more to come from this,” Harbath said in an interview after the hearing. “This is sort of like halftime [that] we’re in right now, in terms of this cycle around the questions people are going to have. And my hope is, at bare minimum, it forces the company to be more transparent.”

Blumenthal posited that other tech whistleblowers exist, and that current Facebook employees could soon emerge as a result of Haugen’s testimony.

“She’s provided encouragement to other whistleblowers,” he said after the hearing, “and I’m convinced there are others out there who will come forward.”

Blumenthal also demanded that CEO Mark Zuckerberg testify before Congress about the internal research Haugen has made public, and he has also said the subcommittee may subpoena Facebook for additional records. Haugen said Tuesday that she is “speaking to other parts of Congress” about concerns raised in the documents.

“Whatever happens, Facebook has lost credibility in a way it won’t be able to recover from easily,” said Center for Digital Democracy’s Chester. “Frances Haugen has exposed the failures of Facebook management to protect the public, unleashing what will be an unbridled wave of regulatory investigations and litigation.”