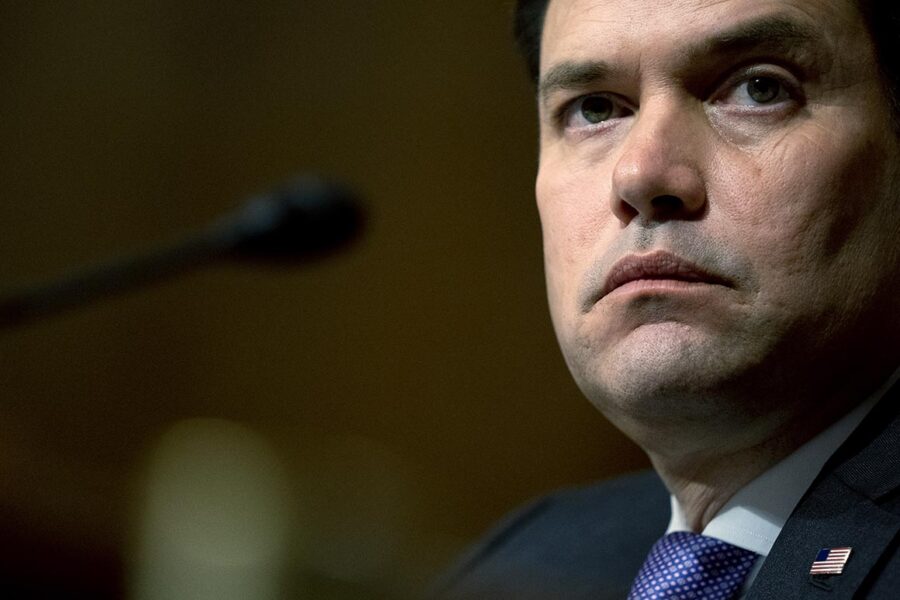 The U.S. government’s investigation into the mysterious illnesses impacting American personnel overseas and at home is turning up new evidence that the symptoms are the result of directed-energy attacks, according to five lawmakers and officials briefed on the matter.

Behind closed doors, lawmakers are also growing increasingly confident that Russia or another hostile foreign government is behind the suspected attacks, based on regular briefings from administration officials — although there is still no smoking gun linking the incidents to Moscow.

The National Security Council has recently been convening more frequent high-level meetings on the topic, according to a current and a former official with direct knowledge — a sign that the government’s review is accelerating.

“There have been new additional attacks, which is very disturbing,” said Sen. Susan Collins (R-Maine), who has been leading the push for answers on Capitol Hill. “It’s being taken very seriously now due to the director of the CIA … [who] has put very highly qualified people on it.”

Earlier this year, CIA Director William Burns tapped an officer who aided the Osama bin Laden manhunt to lead the agency’s investigation. It was the most significant escalation of the government’s long-running review of the incidents, which were first reported in Havana, Cuba, in 2016 and dubbed “Havana Syndrome.”

The phenomenon is getting more high-level attention as government officials have continued to report incidents in countries across Europe, Asia, Africa and South America throughout the year.

Most prominently, Vice President Kamala Harris’ August trip from Singapore to Vietnam was delayed more than three hours when multiple U.S. personnel reported symptoms consistent with Havana Syndrome in Hanoi. And in September, a member of Burns’ team reported similar symptoms and had to receive medical attention during the director’s trip to India, CNN reported.

A Biden administration official emphasized that the investigation is ongoing and has not yet reached specific conclusions.

“We are determined to get to the bottom of this as quickly as possible,” the official said. “The [intelligence community] is actively examining a range of hypotheses, but has made no determination about the cause of these incidents or who is responsible.”

POLITICO first reported in May that U.S. officials believed Russia’s elite spy unit, the GRU, was behind the events. While Burns and lawmakers briefed on the matter have publicly referred to the incidents as attacks, some officials remain skeptical of the prevailing theory, and some prominent neurologists have described that explanation as implausible.

But members of the Senate Intelligence Committee, who are receiving weekly updates from the intelligence community on the status of the investigation, said the latest information they’ve received has disproved the skeptics — and in public statements, those lawmakers are increasingly referring to the incidents as directed-energy attacks.

“I think that’s quackery,” Rubio said of those who have argued that the symptoms are psychosomatic. “I’d invite them to explain that to the now-dozens of people who have suffered documented brain injuries that in many cases have made them incapable of ever working again.”

According to three people familiar with the matter, the Intelligence Committee’s review — based on weekly updates from the intelligence community — has continued to buttress a December 2020 report by the National Academy of Sciences which concluded that the most plausible explanation for the incidents was “directed, pulsed radio frequency energy.”

The victims — who include diplomats as well as intelligence officials and White House staffers — have reported symptoms including dizziness, intense ringing and pressure in the ears, debilitating headaches and even permanent brain damage.

The authors of the National Academy of Sciences report did not have access to classified information, but the Biden administration has since empaneled a group of medical experts who have been granted that access.

A recently declassified State Department investigation from 2018 into the loud noises described by several victims of the Havana incidents found that the most likely culprit was the Indies short-tailed cricket.

But Rubio, one of eight lawmakers privy to the most sensitive intelligence information, said the neurologists and U.S. officials who have examined the victims have found that they’re suffering from “very traumatic brain injuries” that likely came from an external force.

The Florida Republican also suggested that some of the skeptics, many of whom have written op-eds recently, are “influence agents that are being paid and or encouraged to write these on behalf of those — foreign government or whatever — that don’t want this to be discussed out there and want to cast doubt about it.”

“I mean, they’re echoing the lines that we heard from the Cuban regime and others,” Rubio added.

In a recent op-ed, for example, neurologist Robert Baloh contended that the symptoms stem from a psychosomatic illness — one caused by stress or emotional issues. Baloh said the more likely explanation is “mass hysteria,” or mass psychogenic illness.

“That is not my view,” Collins said, based on the committee’s briefings and “the extensive interviews with victims and brain imaging done at the University of Pennsylvania.”

“So I don’t know how you could argue that when brain imaging is showing a traumatic brain injury, somehow this is psychosomatic,” she added.

The rapid acceleration of the CIA-led probe comes as President Joe Biden on Friday signed a bill to aid victims of the suspected attacks by expanding access to medical treatment. The legislation, introduced by Intelligence Committee leaders in the House and Senate, cleared both chambers unanimously.

“Addressing these incidents has been a top priority for my administration,” Biden said in a statement. “We are bringing to bear the full resources of the U.S. government to make available first-class medical care to those affected and to get to the bottom of these incidents, including to determine the cause and who is responsible.”

There are other signs the administration is taking the incidents more seriously. Defense Secretary Lloyd Austin last month issued new guidance to the Pentagon about the “troubling” events, urging personnel who believe they have been targeted to “immediately” depart the area and to report the incident.

“As part of a government-wide effort, the department is committed to finding the cause and the source of these [anomalous health incidents] and ensuring that affected individuals receive appropriate medical care as quickly as possible when needed,” Austin wrote in the Sept. 15 memo.

Marc Polymeropoulos, a former CIA officer who suffered debilitating symptoms from a suspected directed-energy attack during a 2017 mission in Moscow, called on Congress and the Biden administration to respond forcefully to the attacks.

“I think it’s now time that Congress and the administration together begin discussing and formulating possible policy responses, in what was an act of war, in preparation for a future attribution call by the national security establishment,” Polymeropoulos said.

Rubio said he was hopeful that the Intelligence Committee would be able to share more information with the public “soon,” and credited Burns and other senior Biden administration officials with ramping up the investigation and devoting additional resources to helping the victims.

“It’s still a shame that this was not, in the last administration, treated with a level of seriousness,” Intelligence Chair Mark Warner (D-Va.) said. “And I think all the parts of the government are now working in tandem. But this has been going on for four, five years.”

It’s unclear when the Biden administration could begin to address the investigation publicly. CIA Deputy Director David Cohen said during a national security summit last month that the intelligence community is getting closer to identifying the source of the incidents, “but not close enough to make the analytic judgment people are waiting for.”