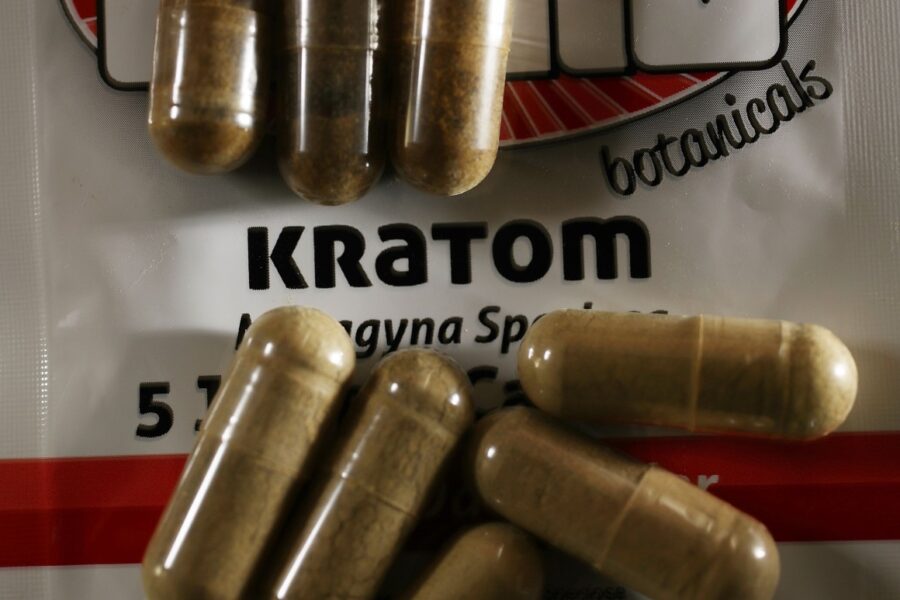 A World Health Organization meeting next week could determine the future of kratom, a widely available herbal supplement some tout as an alternative to opioid painkillers, in the U.S. and elsewhere.

Kratom, a plant indigenous to Southeast Asia, produces narcotic-like effects when smoked or taken in liquid or capsule form. Its advocates say the substance is a promising replacement for opioids that could help wean people addicted to those drugs, which killed nearly 70,000 people in the U.S. in 2020.

Those claims have yet to be fully vetted by scientists. The U.S. government has twice tried to restrict kratom’s use by classifying it as a controlled substance, arguing it has high potential for abuse and no known medical benefit. But public outcry and pushback from Congress thwarted those efforts.

Now, kratom advocates suggest Washington is behind the WHO’s interest — an attempt to end run the federal regulatory process by taking the international route to finish what it could not accomplish domestically.

The WHO’s drug dependence committee will conduct a “pre-review” of kratom. The analysis could set the stage for the drug to undergo further scrutiny by global health regulators, potentially putting it on the path to being scheduled as a controlled substance.

The U.S. or WHO scheduling the drug, its proponents say, would create even more obstacles to studying it — akin to complaints from domestic cannabis researchers who for more than 50 years were only allowed to study “research-grade” marijuana grown by one federally approved facility.

“Making this a prohibited substance is going to actually encourage people to go use more dangerous drugs,” said Albert Perez Garcia-Romeu, a professor at the Johns Hopkins University School of Medicine who studies kratom.

An FDA spokesperson said the agency will seek public comment to inform the U.S. position if the WHO recommends international controls on kratom or any other drug under consideration next week.

“Therefore, it is premature to speculate on what actions, if any, would be necessary before that time,” she said.

While the FDA and HHS are holding off on urging the WHO to schedule kratom, their public comment notice signaled that their view of the botanical continues to be dim.

“Kratom is an increasingly popular drug of abuse and readily available on the recreational drug market in the United States,” the FDA said.

The FDA has long been critical of kratom, warning consumers to avoid it and seizing imported supplements containing the substance. The agency has put several kratom distributors on notice for marketing it as a treatment for opioid addiction or pain, claims that are not backed up by science.

Both the Obama and Trump administrations tried to ban kratom only to pull back because of widespread support for the drug from its adherents in the public and members of Congress, including Sen. Cory Booker (D-N.J.) and former GOP Sen. Orrin Hatch of Utah.

Scott Gottlieb, who served as FDA commissioner during the Trump administration, has asserted that kratom is just as dangerous as opioids, tweeting in May that he’s “convinced it’s fueling the opioid addiction crisis.”

Gottlieb’s claim prompted a swift rebuke from Brett Giroir, former assistant secretary for health and acting FDA commissioner during the Trump administration. Giroir rejected the FDA’s recommendation to classify kratom as a Schedule 1 controlled substance because “of embarrassingly poor evidence & data, and a failure to consider overall public health.” Giroir, in a 2018 memo, rescinded the HHS recommendation to outlaw kratom and called for more study and public comment.

After spending “hundreds of hours” reviewing the data, Giroir told POLITICO on Friday, he determined that listing kratom as a Schedule I drug would stymie research and potentially steer users toward deadlier options like heroin and fentanyl.

Kratom grew in popularity throughout the 2000s alongside the opioid crisis, Garcia-Romeu said, leading the DEA to label it a “drug of concern.” The drug is illegal in Alabama, Arkansas, Indiana, Rhode Island, Vermont and Wisconsin, while some states like Arizona and Utah have passed laws to regulate it.

Two compounds in kratom interact with the brain’s opioid receptors, which has raised concerns about whether people may become dependent on its use.

But scientists like Garcia-Romeu say kratom’s effects are different than that of opioids, noting that the drug doesn’t slow breathing to the extent traditional opioids do.

“It’s a double-edged sword that has abuse potential, but it also has medical potential,” he said.

A survey Garcia-Romeu conducted in 2017 of about 2,800 self-described kratom users in the U.S. showed that they’re typically middle-aged and white, and use the substance to treat the symptoms of anxiety, depression, pain and opioid withdrawal. And 41 percent reported using kratom to wean themselves off opioids, with more than a third of that group saying they stayed off those drugs for more than year.

“When you see something like that, the signal is that, hey, you might have an effective treatment here for opioid dependence,” Garcia-Romeu said.

Mac Haddow of the American Kratom Association says his group wants to see the substance regulated as a food product so the raw materials are tested for contaminants like salmonella and heavy metals. FDA regulation also would require good manufacturing processes and labeling requirements, he said.

The FDA recently awarded a $2.3 million contract to Altasciences in Overland Park, Kan., to study kratom dosing to determine its abuse potential. But under the terms of the solicitation, the FDA holds the rights to all of the data and documentation produced by the contractor, which is subject to a confidentiality agreement.

That could allow the FDA to keep the study’s results under wraps, Haddow said.

“We believe science ought to dictate this policy,” he said.