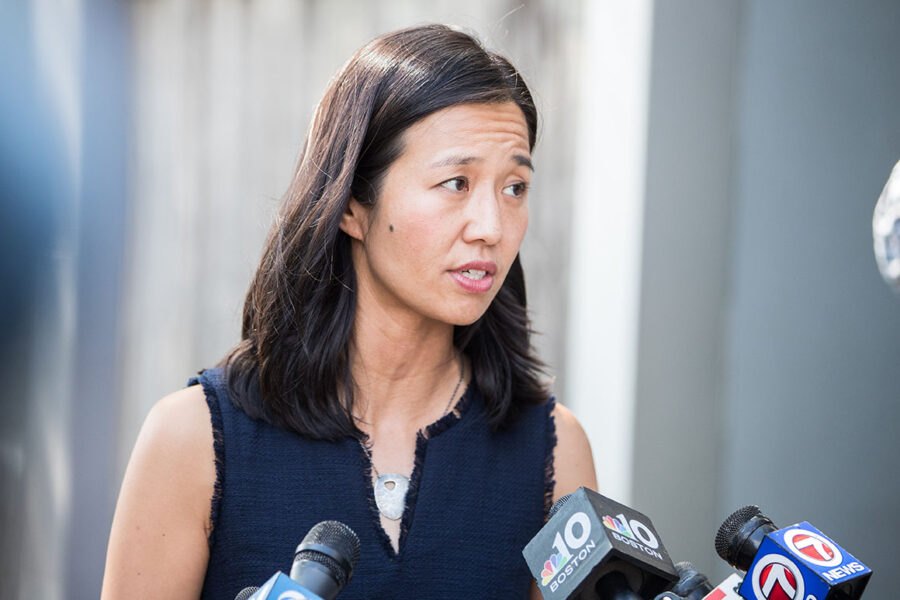 Three major cities could elect their first mayors of Asian descent this fall, in what would be part of a significant leap for Asian American and Pacific Islander political representation.

Few AAPI mayors have served in America’s largest cities, with a handful largely from California and Hawaii making up most of the list so far. But a trio of Democratic candidates, each from a city where Asian Americans don’t make up even a fifth of the population, busted through crowded races to make November’s general elections.

Boston City Council member Michelle Wu, the daughter of Taiwanese immigrants, is the front-runner in her city after finishing first in her September top-two preliminary election, with 33 percent of the vote. Former Seattle City Council member Bruce Harrell, who has Black and Japanese parents, is locked in a tight race against fellow Democrat Lorena González. And in Cincinnati, Hamilton County Clerk of Courts Aftab Pureval, who has Tibetan and Indian parents, advanced to the general election with nearly 40 percent of the top-two primary vote against a two-time former mayor.

In an interview, Pureval said when he started his first campaign for office in 2016, some fellow Democrats tried to persuade him to not run at all for fear that his background and name made him unelectable. Now, Pureval says he’s shown that his track record is most important — and people have gotten past seeing his background as a negative, too.

“[Everybody] would tell me, ‘There’s no way a brown guy named Aftab is going to win a county-wide seat in Cincinnati,” Pureval said. He added: “Now people tell me, ‘I can’t run and win because my name is Joe Smith.’ So there’s a tipping point by which our community’s perceived weakness turns into a real strength, but it takes a lot of time and a lot of effort to get to that point.”

About 6 percent of the U.S. population is AAPI. But despite recently setting records for congressional representation with 18 AAPI senators and House members — a shade above 3 percent of Congress — representation at the city level lags even further behind the population numbers. Just around 2 percent of elected city officials were Asian American as of 2020, according to the Reflective Democracy Campaign.

“Over the long term, we’re going to need a very, very long local bench for us to have more in Congress and more AAPI governors,” Nikore said, adding that joining public service at a high level could continue to grow as a notable profession among Asian American communities.

But the act of running for office in the first place has been a systemic barrier for members of AAPI communities, according to Madalene Xuan-Trang Mielke, president of the Asian Pacific American Institute for Congressional Studies, a nonprofit that helps Asian candidates. People may have the motivation to run for office, she said, but may be put off by traditional “rules of engagement” for elections or a lack of resources.

Pureval, Wu and Harrell — all three are Democrats, though their elections are technically nonpartisan — have all held elected office for several years, coming into their mayoral bids already well-known in their communities. There are perceptions that AAPI candidates can’t run or win because they don’t have enough Asian Americans in their district, Mielke said, but the data shows that most current national and local AAPI leaders represent regions that are not majority-Asian.

However, the Asian American electorate has been growing and playing a bigger role in major political races of late — including in swing states like Georgia, where AAPI voters helped push President Joe Biden and Sens. Jon Ossoff and Raphael Warnock to victory in tight contests after concentrated efforts by Democratic organizers.

There can be serious structural obstacles for AAPI voters casting ballots, including but not limited to language barriers. But going door-to-door, offering translated materials and partnering with community organizations makes citizens much more likely to vote, said Alisa Lee, program manager at the Asian Pacific Islander Americans for Civic Empowerment in Washington. Her group’s voter education program operates year-round so it can grow the state’s voting pool instead of repeatedly courting the same constituents.

Several progressive voter organizations, including APACE, have tried to localize issues for their community members while mobilizing more low-propensity voters in local races that could be decided by just a few hundred votes.

“Our focus has always been turning out big in local elections. … If you have an issue, you can try to call the president — probably will not answer your phone, right?” said Karen Chen, executive director of the Chinese Progressive Association in Boston. “But you can call your city councilor and your mayor’s office.”

While Seattle, where Harrell is running, has an AAPI population of more than 15 percent, candidates like Wu in Boston and Pureval in Cincinnati are facing a different electorate in cities where Asians make up under 10 percent and around 2 percent of the population, respectively.

Wu, who speaks Mandarin and Spanish, has launched a multilingual campaign strategy, for example. She has also secured several key endorsements, including from Acting Mayor Kim Janey, the first woman and first Black person to serve as mayor, who lost last month’s preliminary election. Wu said it has been “inspiring” to see voter participation and civic engagement within AAPI communities in Boston and elsewhere.

“This has been a moment where our community is building infrastructure, not just within the community,” Wu said, “but to stand in solidarity, in partnership with all communities to end hate and dismantle structures of systemic racism.”