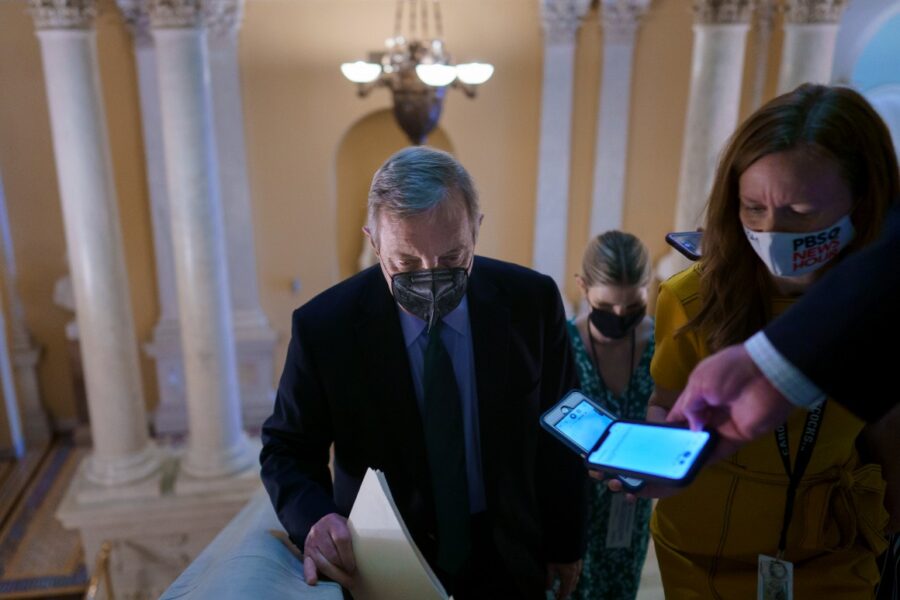 As congressional investigators accelerate their probe of Donald Trump’s 2020 election challenges that culminated on Jan. 6, one thing is clear: All roads run through a handful of their GOP colleagues.

And getting those Republicans to testify could get ugly.

The House select committee investigating the Jan. 6 attack has so far avoided directly roping in fellow lawmakers, even as it homes in on Trump’s inner circle. Yet each of its investigative steps so far has further underscored the roles that Trump’s staunchest House GOP allies played in his bid to throw out the election results.

Those Republicans connected the former president to willing partners in the Justice Department who might fuel inflated claims of fraud. They huddled with Trump to deliver counsel. And they spoke with Trump by phone on Jan. 6 as he watched his own “Stop the Steal” rally morph into a violent riot that overtook the Capitol.

Veterans of recent high-profile congressional inquiries say the committee’s seven Democrats and two Republicans will soon reckon with the importance of direct testimony from GOP colleagues.

“In order to get at the truth, the committee is going to need to selectively, carefully and precisely target the testimony, documents and other evidence of some of these [lawmakers],” said Norm Eisen, a senior fellow at the Brookings Institution who advised the House Judiciary Committee during the first Trump impeachment. “Clearly they’re central.”

Their report also referenced Rep. Jim Jordan’s (R-Ohio) contacts with the White House during that timeframe. 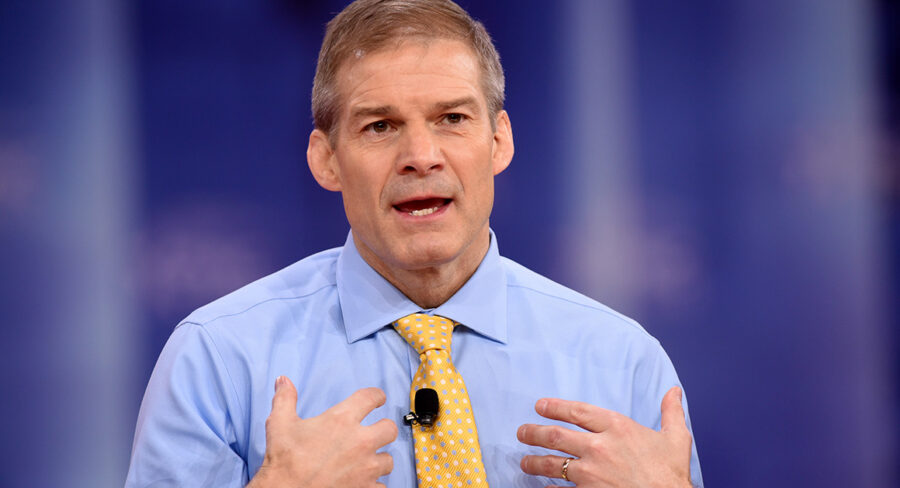 The Jan. 6 committee also issued a subpoena last week to Ali Alexander, the leader of the pro-Trump “Stop the Steal” organization, who has claimed he worked on the pre-insurrection rally with several GOP lawmakers, including Reps. Paul Gosar (Ariz.), Mo Brooks (Ala.) and Andy Biggs (Ariz.). (Biggs and Brooks have denied the connection, while Gosar has not addressed it.)

Those moves follow the panel’s early step to ask telecommunications companies to retain the records of multiple lawmakers — including House GOP leader Kevin McCarthy, who spoke directly with Trump as a mob breached the Capitol on Jan. 6. That amounted to a warning shot, declaring select panel members wouldn’t shy from the unprecedented step of targeting their colleagues.

Since the Jan. 6 committee’s creation in June, House Republicans closest to Trump have attacked it and dodged questions about whether they would cooperate. POLITICO contacted many of these lawmakers and their offices and received a mix of outright refusals, non-answers and shrugs.

Jordan has repeatedly said “I’ve got nothing to hide” when asked about potential cooperation with the committee. Rep. Greg Pence (R-Ind.), who huddled in an office with his brother, then-Vice President Mike Pence, during the insurrection, declined repeated inquiries about whether he would talk to the panel. And Gosar suggested he wouldn’t be cooperating because “the Supreme Court says no.” Gosar declined to elaborate, and his office did not respond to a request for comment.

McCarthy, meanwhile, has danced around the topic of cooperation with the select panel at various press conferences this year, while trying to paint its members and mission as overtly political. In May, he said he has “no concern about” a request for his testimony. In July, he said details about his phone call with Trump were already public. And in September, he again wouldn’t explicitly say whether he would cooperate, instead remarking he hasn’t “received any subpoena.”

Any refusal by a lawmaker to cooperate will put the committee in the tricky position of deciding whether to unload its legal arsenal on fellow lawmakers — from subpoenas to criminal contempt referrals to internal House policies that could compel compliance, such as fines or removal from committees.

As Eisen put it, the committee’s strategy to build a factual case to seek their colleagues’ testimony is important specifically because it could help any challenges stand up to legal scrutiny. Investigators should tailor their requests to lawmakers who had direct contact with key players in the events surrounding Jan. 6, Eisen advised, adding the committee should have direct evidence of those episodes.

“Strategically it’s smartest to lay the foundation first because you know that every one of those document requests, much less testimonial requests, are going to be hotly contested,” Eisen said. “Certainly the lawyers for these potentially culpable members will be scrutinizing potential legal arguments to make.”

Any attempt to force lawmakers to testify or turn over documents would kick off a consequential clash over the House’s power to police its own members. Legal experts say there’s no modern precedent for the House to subpoena fellow lawmakers other than in the context of an Ethics Committee investigation.

In the 1990s, courts upheld a Senate Ethics Committee subpoena for the personal diaries of then-Sen. Robert Packwood (R-Ore.), who was suspected of sexual harassment. But there’s been no equivalent attempt in an investigation outside congressional ethics panels.

Most lawmakers who’ve faced legal problems over the years have turned to the protection of the Constitution’s “speech or debate” clause, which bars them from being sued or held legally accountable for actions they take in an official capacity. But that legal protection is meant to guard against intrusion by other branches of government — not from within the House itself, experts say.

“The issues here are political and not constitutional,” said a former member of the House counsel’s office who spoke candidly on condition of anonymity. “The privileges that we typically think of, such as Speech or Debate, apply to the inter-branch encroachment on the affairs of a co-equal branch of government. In this case, it is intra-branch, and those privileges will not apply.”

Republicans have largely sought to dismiss the probe as illegitimate after Speaker Nancy Pelosi rejected two of McCarthy’s picks to serve on the committee — including Jordan — which prompted the GOP leader to withdraw all of his selections to join the Jan. 6 probe.

Two Republicans serve on the panel, Reps. Liz Cheney of Wyoming and Adam Kinzinger of Illinois, but the broader GOP conference has dismissed their participation because their appointment came from House Democrats and because both are outspoken critics of Trump after voting to impeach him over the Jan. 6 attack. Some Republicans on Capitol Hill have privately wondered why a GOP member would agree to testify before the Jan. 6 panel without the counterbalance of McCarthy’s picks. 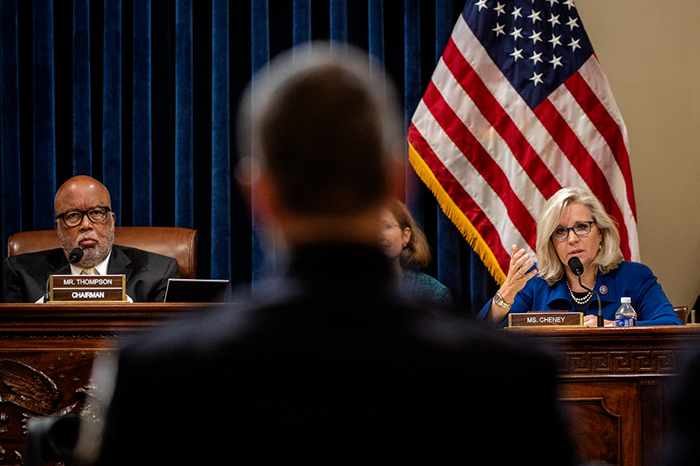 The question of whether to engage with the select panel is a particularly resonant one for Jordan, the top Republican on the House Judiciary Committee. He made his name as an aggressive conservative investigator when Republicans dug into allegations of impropriety at the FBI and Justice Department during the 2016 presidential election. At that time, House Republicans fiercely defended the power of the subpoena to compel testimony from executive-branch officials.

Now Jordan and several of his colleagues are in uncharted territory, facing possible subpoenas from within their own branch. And Republicans are warning Democrats that if the Jan. 6 panel goes after other lawmakers, a GOP majority in 2023 would be prepared to exercise subpoena power against a handful of prominent liberals who’ve faced behavioral questions of their own.