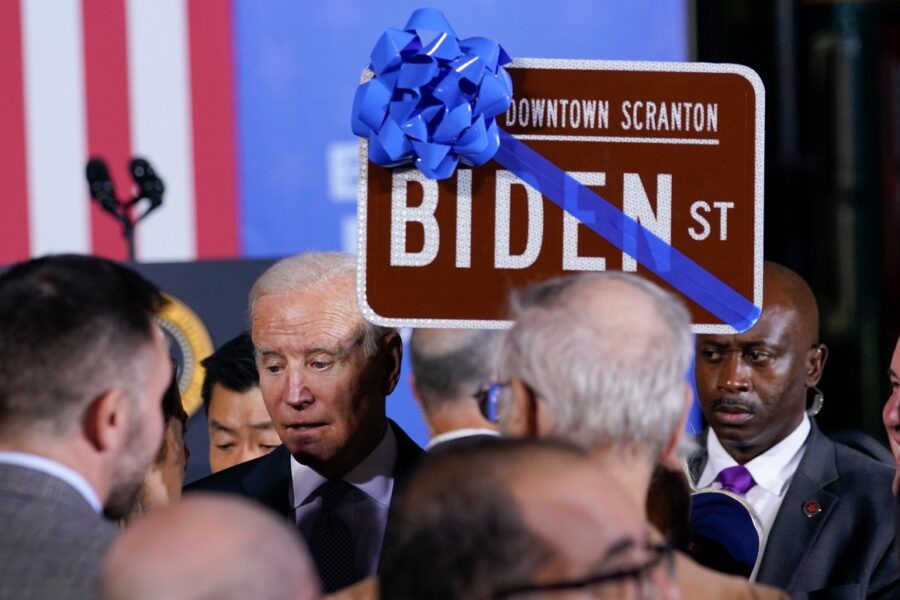 SCRANTON, Pa. — It was just before dusk. And standing in front of a dated brick building, four historic trolley cars and a billboard emblazoned with an American flag and the words “Build Back Better,” President Joe Biden was once more trying to conjure up the working class populism that had brought him from this old coal town to the halls of the White House.

“Just do your fair share,” he implored the crowd in attendance, about 100 or so people who had come to see the Scranton boy who had made it to the Oval Office and back.

Biden was talking, at that moment, about the “Park Avenue” crowd, which is what he’s come to call a strata of America; big corporations, multi-millionaires and billionaires who he complained had long skirted tax rules. “For too long, the working class of our country has been dealt out, it’s time to deal them back in again,” he said.

For years, he has been making this case, crafting a public persona as a pugilist for the American working class. But in recent months, the messaging has taken on elevated importance. His presidency rests on passing a massive social spending and climate bill through Congress in the next few weeks or months. And in order to do that, he’s sold it as a generational chance to create economic equity.

Scranton was an obvious backdrop, tailor-made to provoke a sense of working class America. Biden had crafted his 2020 presidential campaign around these ideas too, a Robinhood-themed agenda, minus the actual thievery. It was Scranton vs. Park Avenue—the place of his birth held up as the very symbol of the plight of the average family against the extravagances of the wealthy.

But scripts like this aren’t always without complications. And what Biden has found out is that populism may sell electorally but it doesn’t always translate into legislative language.

Back in Washington on Wednesday, reports emerged that Sen. Kyrsten Sinema (D-Ariz.) was balking at the president’s proposal to pay for his agenda by raising tax rates on the wealthy and corporations. Democrats insisted that they had other ideas for revenue. But, for the time being, chalk one up for Park Avenue.

Biden showed no signs of concern as he spoke. His party is still inching toward a deal on a multi-trillion Build Back Better domestic spending plan that could end up funding everything from parental leave to child and elderly care.

But the path to this point has taken an obvious toll. Sinema’s opposition to corporate and income tax hikes on high earners, threatens one of the party’s more attractive lines of messaging — that the rich need to finally pay their fair share. And, in the Capitol, Democrats have begun to concede that all the messiness of negotiations has hurt their standing with the public. When reporters asked Sen. Dick Durbin (D-Ill.) about a recent poll showing few Americans knew what was contained in the Build Back Better plan, the majority whip blamed his own party.

“I don’t doubt that one bit, and I think [it’s] our fault. We oversold it and underperformed for too long,” Durbin told reporters Wednesday. “Now we get a chance to close it the right way, hopefully.” 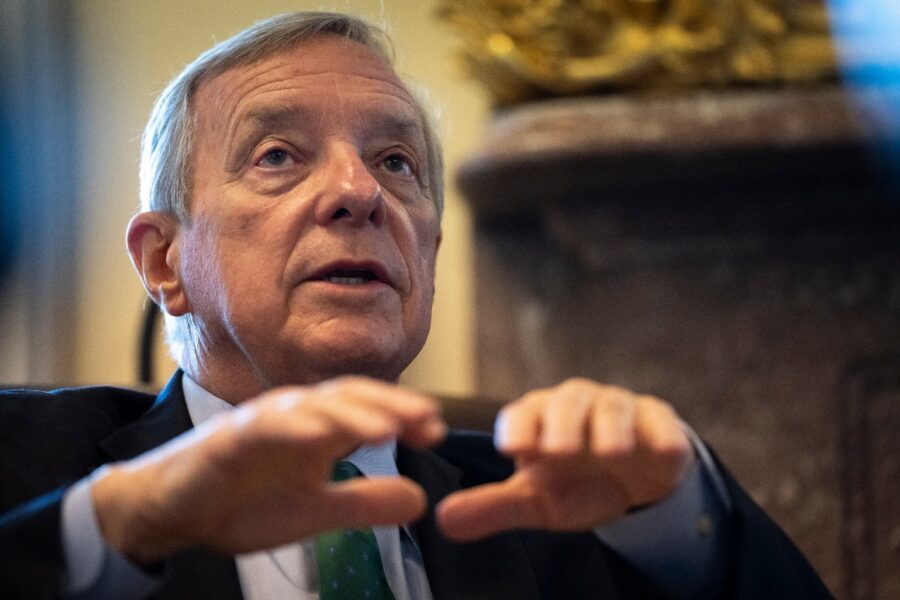 On Wednesday, Biden tried to get a little of that momentum back. He has largely operated in private in recent weeks, giving just five economic-themed speeches since Labor Day. But back in Scranton, he spun tales of his youth, how his relatives congregated around tables after meals, dispensing worldly advice to maintain his courage, loyalty and dignity — all eventually built into his constitution. He retold stories of his dad losing his job and his health insurance, then of the death of his first wife and daughter, and how he worked as a single dad for years.

“I believe that home is where your character is etched,” he said.

Shane Cawley, a fourth generation iron worker and union member who introduced Biden to the crowd, gave a boost to Biden’s domestic spending plan, pointing to added assistance for child care and elder care as vital to his family in Pennsylvania.

“We work hard for every dollar that we earn and some days it feels like the odds are stacked against us,” Cawley said, before introducing Biden.

Biden’s last trip to Scranton had been on Election Day, when he stopped at his childhood home and signed a wall there. “From this house to the White House with the grace of God,” he wrote.

Biden did indeed make it to the presidency, as he was reminded of on the drive to Wednesday’s speech. Just weeks earlier, new signage had gone up along Interstate 81 designating the Central Scranton Expressway as President Biden Expressway. Another roadway in town was renamed Biden Street just before his visit.

Scranton transformed Biden. The question now is how far beyond street signs he can transform Scranton. 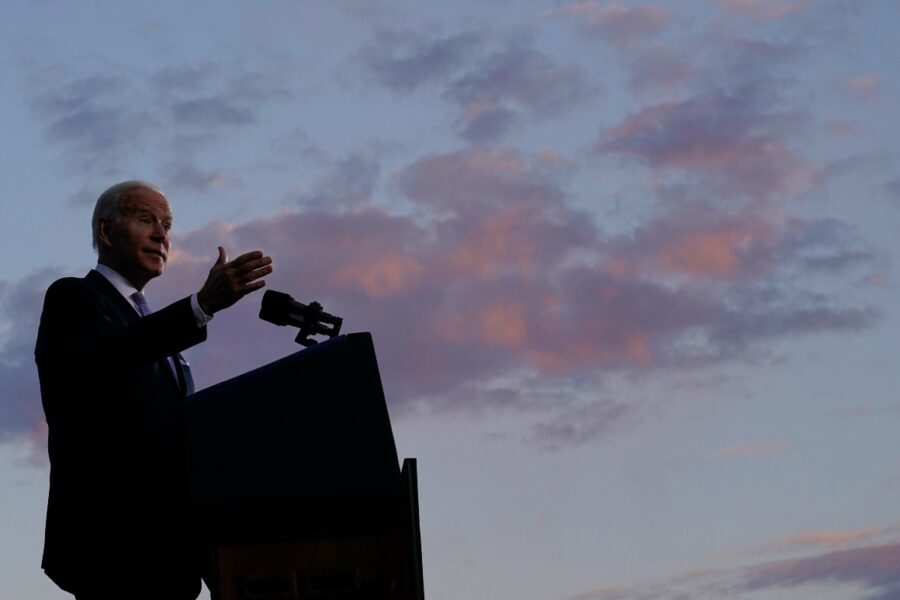 “I think the Scranton visit brings back the conversation to where Biden and the average American sees it — are we going to fix the things we need to fix in this county?” said Greg Schultz, Biden’s former campaign manager. “So much of the recent debate has been about the legislative process and policy maneuvering — these are important but at the end of the day people want their government to understand their problems and try to make them a little better. Biden returning home helps bring him and the issues back to a home base.”