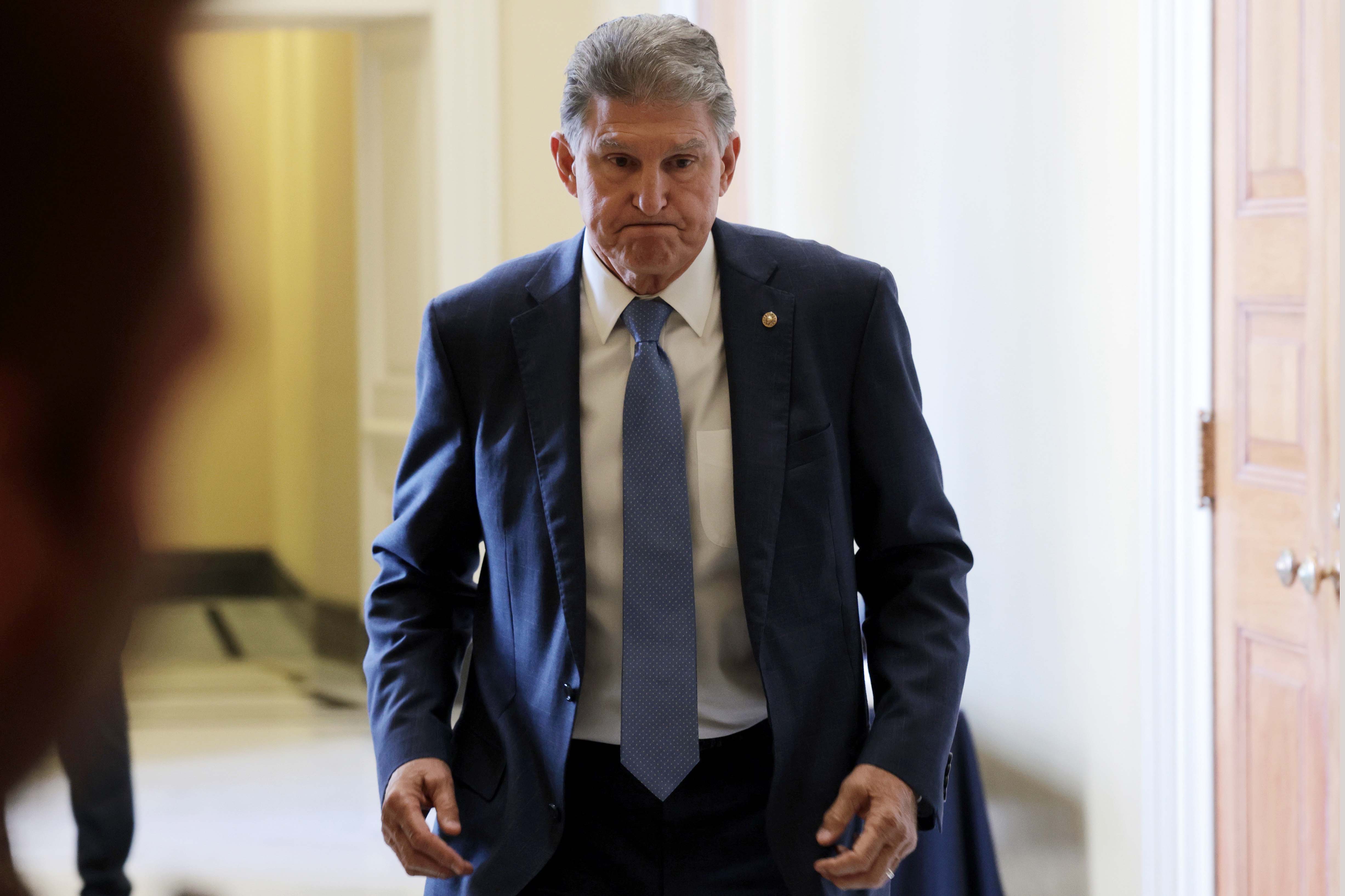 Congressional Democrats are down to a handful of key disputes in their frenetic effort to draft President Joe Biden’s roughly $2 trillion social spending package by the end of the week.

But the remaining hurdles are proving the trickiest to clear, and many Democrats are becoming privately skeptical that Speaker Nancy Pelosi and Senate Majority Leader Chuck Schumer can nail down a deal by their self-imposed deadline.

As Democratic leaders publicly aim for a broad agreement on the bill’s contents before next week, Sen. Joe Manchin (D-W.Va.) dismissed the idea of a quick turnaround and signaled that talks would likely slip past Friday.

“We’re making good progress,” Manchin said. “There’s a lot of details, until you see the text and the fine print, it’s pretty hard to make a final decision … we can have the intent, you just have to make sure the text matches the intent of what people want to agree on or what they do agree on and what they don’t agree on.”

Manchin isn’t alone in thinking Friday’s deadline will once again pass by without a deal. Sen. Bernie Sanders (I-Vt.) also conceded Thursday that a framework before the end of the week was ambitious.

Still, in one sign of a potential breakthrough, Sen. Kyrsten Sinema (D-Ariz.) signaled Thursday that she’s approved certain funding mechanisms that don’t cross her red line of raising corporate tax and income rates, according to a source familiar with the talks.

“Senator Sinema has agreed to provisions in each of President Biden’s four proposed revenue categories — international, domestic corporate, high net worth individuals, and tax enforcement — providing sufficient revenue to fully pay for a budget reconciliation package in the range currently being discussed,” the source said.

Democrats in both chambers are still racing to resolve the slew of internal divisions holding up an agreement, holding calls and meetings with members, White House aides and Cabinet officials as they work to narrow the scope of the bill without tanking support. But Thursday was the Senate’s last day of session for the week.

Both Manchin and Sinema met with White House staff Thursday afternoon. Sinema also spoke for roughly a half hour with Ways and Committee Chair Richard Neal (D-Mass.), who is a major player on tax issues in the bill.

“We were in full agreement on the policy achievement, and she’s in on renewables, she’s in on the issue of child credit, and she’s in on family medical leave, and that’s the way she ranked them,” Neal said, adding he planned to speak to Manchin later.

Some of the largest remaining obstacles include paid leave, Medicare expansion, prescription drug pricing and climate, according to Democrats familiar with the discussions — all issues that risk alienating key factions of the party.

“We’re still trying to get a framework in the next 48 hours,” House Majority Leader Steny Hoyer said earlier Thursday.

Pelosi and her leadership team are pushing for a vote on the two key pieces of Biden’s agenda, both the social spending plan and infrastructure, by Oct. 31, when key transportation programs expire.

But Democrats have also begun to discuss a fallback plan, which would extend the Highway Trust Fund, through Dec. 3. That move would lessen the pressure to pass infrastructure by next week if a spending deal can’t swiftly come together.

And it may be necessary even if the House can approve infrastructure at the end of the month, because of procedural hiccups that could mean a multiday delay to formally extend the policy.

If Democrats do approve a Dec. 3 extension, it could leave Congress with an even more massive end-of-year pileup, with deadlines on government spending, the debt limit and Biden’s agenda.

Still, many Democrats are hoping to clear the bills by late this month ahead of the Virginia gubernatorial election. Some Senate Democrats are warning that if the bipartisan package doesn’t pass by then, they could see political consequences in a race that’s tighter than many expected.

Democrats have successfully narrowed some coverage areas in the bill, Pelosi told reporters Thursday. She added that Democrats were still aiming to find a path forward by week’s end — something she had privately told her members earlier Thursday — and reiterated that party leaders have “always been on track.”

Another major hang-up is Biden’s signature clean energy program, the Clean Energy Performance Plan, which Manchin has opposed. The opposition from the West Virginia Democrat has sent lawmakers scrambling for an alternative on a policy critical to the party’s base.

The White House suggested it could take unilateral action on climate change even if their clean energy plan were excluded from the bill.

“We have had other ways of doing [reducing emissions] … what we’re saying is we don’t need Congress. We can do it without Congress,” said White House spokesperson Karine Jean-Pierre Thursday afternoon.

Democrats are also increasingly skeptical they can reach an agreement on prescription drug policy, particularly a provision to give the government the power to negotiate drug pricing. With Sinema rejecting the drug price negotiation measure, Democrats are scrambling for alternatives that can also help pay for a huge chunk of their plan.

Neal told reporters their wide-ranging conversation did not touch on drug pricing policy.

“Sen. Sinema, every Republican, and every person in the House: Do what the American people want, and they want us now to lower the outrageous cost of prescription drugs,” Sanders implored Thursday. “I would hope that Sen. Sinema does what the people of Arizona want and what the people of America want.”

Democrats went into the weekend projecting optimism, even as they acknowledged that an imminent agreement on a framework was unlikely.

“Planes are starting to land, I don’t know that they’ve landed, they’re starting to land,” said Sen. Chris Murphy (D-Conn.). “I don’t have intel on whether we have a framework agreement today, tomorrow or next week, but this was a very good week in which you know we started to see some earnestness and negotiation.”

Heather Caygle and Burgess Everett contributed to this report.