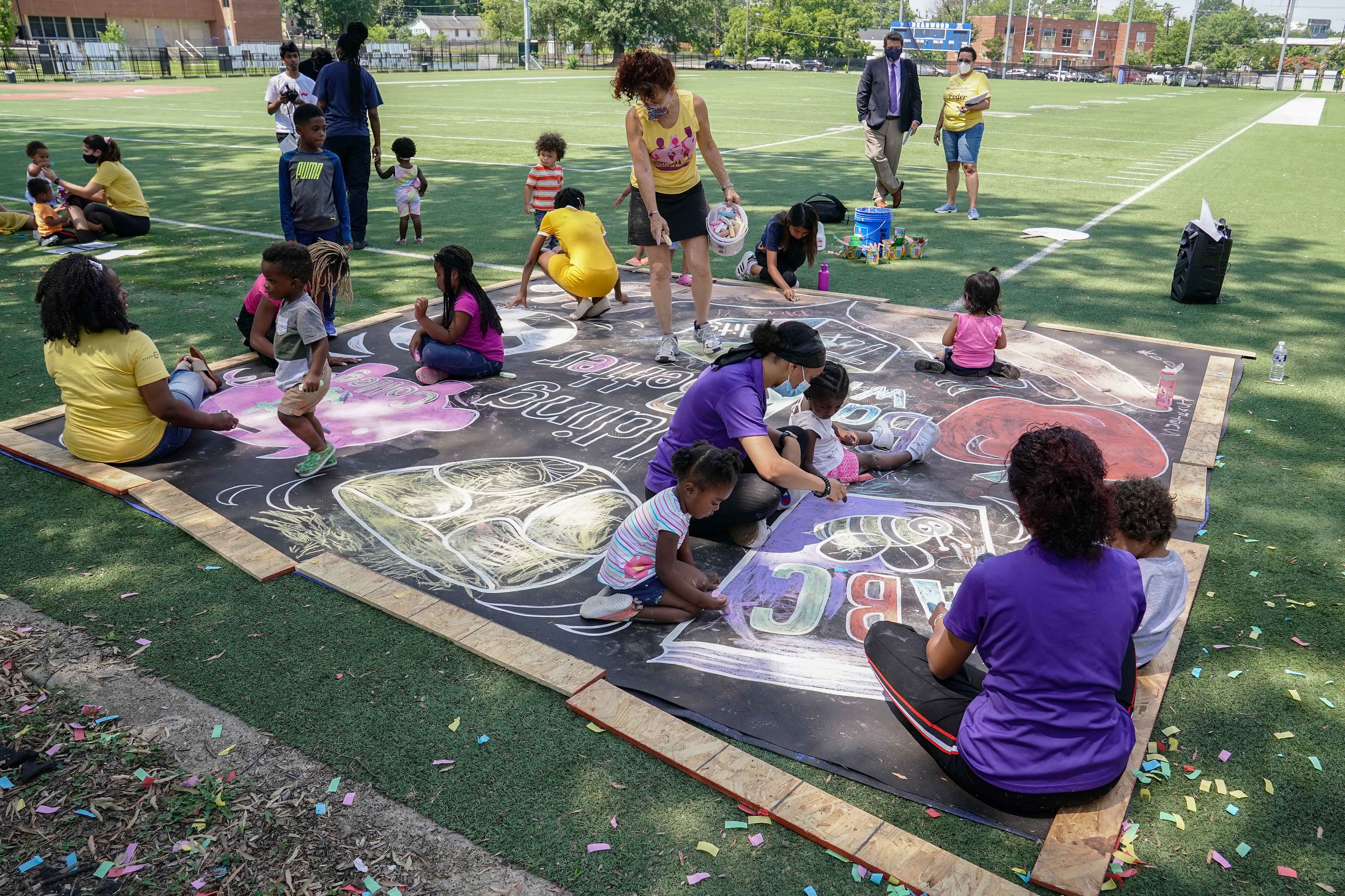 Democratic lawmakers and their allies are moving quickly to dull a dagger aimed — from the left, of all places — at their much-touted plan to make child care more affordable for American families.

The party is in the throes of negotiating what will and won’t make it into its multitrillion-dollar social spending package. On the table: A multibillion-dollar program that would funnel money to states to expand their child care industries and provide parents with child care subsidies. The proposal is one of the package’s most popular: A September poll found that nearly 8 in 10 voters support it.

But a left-leaning think tank, People’s Policy Project, jeopardized that goodwill this week when its founder, Matt Bruenig, penned an analysis making the case that the proposal could allow states to shift the costs of raising child care workers’ wages and more onto the middle-class families not immediately eligible for the subsidies. Parents making more than about $67,000 a year could see their costs spike by more than $13,000, he argued, in the first year of the program.

The report, which garnered so much attention that Bruenig published another post Thursday responding to the criticism, even won an unlikely ally: the U.S. Chamber of Commerce Foundation.

“There is a strong likelihood that we are going to see a change in the cost of care, which is already expensive, for parents who are not included,” Caitlin Codella Low, vice president of policy and programs at the U.S. Chamber of Commerce Foundation Center for Education and Workforce, said in an interview.

Democrats and advocates scrambled to discredit the report after its release and reassure voters that the plan would, in fact, bring parents’ expenses down.

“The Build Back Better child care and universal pre-K proposal will dramatically lower child care costs for the vast majority of working families, make child care more available to every single family and also ensure that child care workers are paid a livable wage,” Senate HELP Chair Patty Murray (D-Wash.) said. “This proposal will mark a foundational shift in how our country supports working parents — and I’m fighting hard to get it across the finish line.”

Supporters of the child care plan fear the report, which they say was based on a misunderstanding of the bill text, will confuse the public as the White House and congressional leaders struggle to reach final agreement on what policies will be included in Democrats’ spending package, a Democratic aide said.

“People are nervous because everyone’s on tenterhooks as this package shrinks and people are negotiating what’s in and what’s out,” said Melissa Boteach, vice president of income security, child care and early learning at the National Women’s Law Center.

The dispute centers on how the child care benefits would be rolled out over a number of years.

The bill approved by the House Education and Labor Committee in September would create a multibillion-dollar program to funnel money to child care providers and, separately, to parents of young children.

The money that would go straight to the child care industry would also flow over the same three years, Democratic aides said, in order to gradually build supply. In the fourth year, an entitlement program — with wage and other requirements based on data collected over the last three years — would take effect.

The People’s Policy Project report makes the case that if the wage and other requirements went into effect the first year, instead of the fourth, it could increase child care costs for any family making more than 100 percent of their state’s median income, who would not yet be eligible for the subsidies.

“The bill says that states have an option to implement the wage increases within three years,” Bruenig said in an interview. “It doesn’t say it will happen after, in the fourth year. It could happen before then.”

“I’m just looking for a number that could be justified based on how the bill is written,” he added. “It could be $10,000, but it’s not going to be zero. It’s going to be a pretty big hike.”

Advocates and Democratic aides say Bruenig’s argument is illogical because the cash to providers would cover the higher wages — and on top of that, the pay and other requirements would not formally kick in until the fourth year. In fact, they say, the child care sector is not robust enough right now to even support salaries like those Bruenig laid out.

“Fundamentally, this analysis takes what we would hope as an optimal end point, and pushes it into the first year,” said Rasheed Malik, associate director of research for early childhood policy at the left-leaning Center for American Progress. “It takes an extreme set of numbers to come to a totally unrealistic conclusion, and in the process ignores all of the details that are in there.”

In fact, the wage requirements won’t even be able to be calculated until the fourth year: “They can’t have wage requirements without the cost estimation model, which they have the first couple of years to develop,” Boteach said. “This idea that there’s going to be a $13,000 increase for families is based on language that doesn’t exist in the world.”

Increased costs for parents could be avoided by making all families eligible for subsidies upon enactment, Bruenig said. Democrats’ decision to phase in eligibility was “just to bring down the score.”

Advocates counter that doing so would not only be more expensive, it could hurt families by locking out lower-income parents due to the low supply of child care.

“As much as I would love to roll out a universal system right away, that would actually have terribly negative unintended consequences for the most vulnerable,” Malik said.

Democratic aides say it’s important to counter Bruenig’s argument so that the public is not confused about what they are proposing, particularly as progressive lawmakers make the case that their party should be spending as much as possible on child care, paid leave and other family-centric policies.

“People are working around the clock to make sure that the design is right, the investment level is right,” Malik said. “If this were to become a viral set of misinformation, that would be extremely unfortunate.”