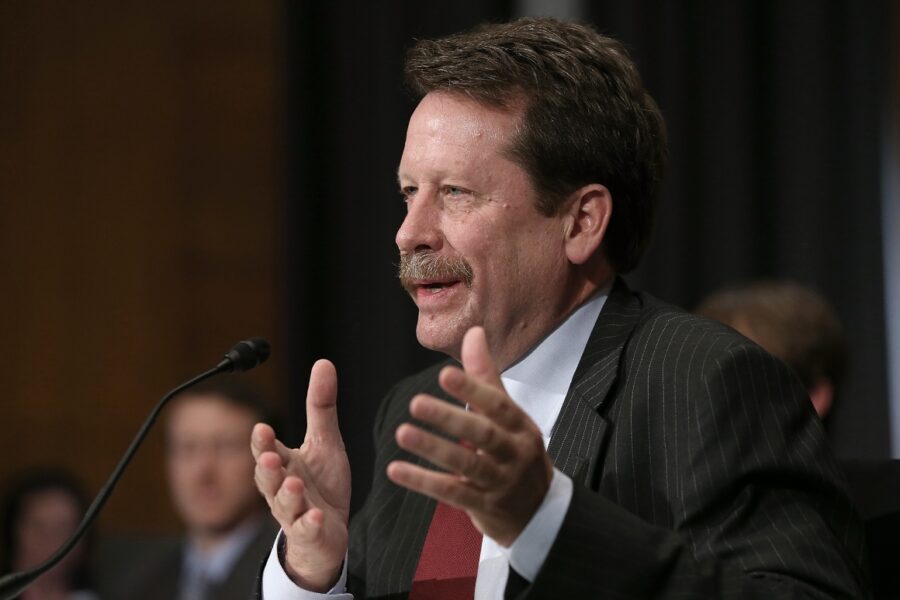 President Joe Biden met privately on Friday with Robert Califf, in the clearest sign yet that he’s preparing to nominate the former Food and Drug Administration commissioner to a return to the agency’s top job, two people with knowledge of the matter told POLITICO.

The meeting comes after Califf emerged in recent weeks as a leading candidate to run the FDA, and amid a drawn-out search for Biden’s first permanent commissioner.

Neither the White House nor Califf has responded to requests for comment.

Biden has not yet finalized his pick. But the two people with knowledge of the matter and a third person familiar with the search process said that Biden’s meeting with Califf represents a final step ahead of a formal decision. The White House spent the last several weeks vetting Califf, who led the FDA for a year under President Barack Obama.

A cardiologist by training, Califf also spent two years as deputy commissioner of the FDA’s medical products and tobacco office. He worked closely with Biden during the Obama era on the then-vice president’s Cancer Moonshot Initiative, and also helped form the FDA’s Oncology Center of Excellence.

Califf has since spent the last several years at the Duke Clinical Research Institute, and in 2019 took a position leading medical strategy and policy at Alphabet, Google’s parent company.

If nominated, Califf would be in line to run an agency that has faced months of scrutiny over its role in the Covid-19 vaccination campaign and broader pandemic response. He would likely face a litany of questions during any confirmation hearing about the FDA’s evaluation of Pfizer’s application for emergency authorization of its Covid-19 vaccine for children 5 to 11 years of age. The agency is convening an advisory committee Tuesday to discuss the company’s request.

Califf won broad bipartisan support during his first stint as commissioner in 2016, winning Senate confirmation by an 89-4 margin.

Yet among his skeptics were Sen. Joe Manchin (D-W.Va.), who was instrumental earlier this year in marshaling opposition to the potential nomination of acting Commissioner Janet Woodcock as the permanent chief. Sen. Bernie Sanders (I-Vt.) also questioned Califf’s work with the industry when he was nominated by Obama — such as consulting for different drug and device makers — but ultimately voted for the nominee.

In recent weeks, advocacy groups including Public Citizen and the Revolving Door Project argued Califf should not be reappointed to the top FDA job after several news outlets reported earlier this month that Biden was considering him for the gig.

“The bottom line is that Califf cannot be immediately trusted to act in the public’s interest,” Max Moran, research director at the Revolving Door Project, told POLITICO earlier this month. “This is extremely dangerous for any FDA Commissioner nominee, but especially in the middle of a pandemic.”

But Califf’s nomination would likely be hailed by health experts who have pressed Biden for months to settle on a nominee, and view him as an experienced regulator who‘s already proven his ability to run the FDA.

Industry groups, including medical device lobby AdvaMed, have also preemptively signaled support for Califf if he is formally nominated.

“Smart choice if that’s where the president lands,” AdvaMed CEO Scott Whitaker told POLITICO. “He’s extremely bright, has tremendous experience as a cardiologist, an academic and also as a former commissioner. Should be very good for continuity of operations at FDA during challenging times.”