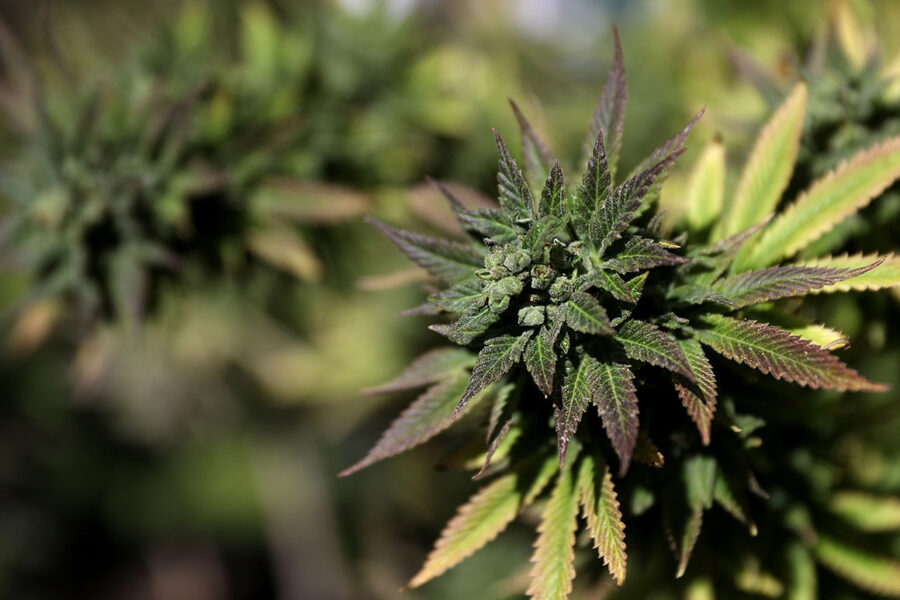 Rather than make cannabis a Main Street fixture, California’s strict regulations have led most industry operators to close shop, flee the state or sell in the state’s illegal market that approaches $8 billion annually, twice the volume of legal sales.

Local government opposition, high taxes and competition from unlicensed businesses are complicating California’s push to build a thriving legal market. Many of those factors are baked into California law, including rules allowing city leaders to shut out licensed cannabis enterprises. Meanwhile, the state has relaxed penalties against illegal operations in the name of racial justice.

Infighting between industry groups and lobbying dysfunction in Sacramento have stalled potential legislative fixes, with no clear end in sight. The scale of those problems has California’s iconic cannabis industry — the legal side, at least — lagging behind other states that have regulated the market.

“You don’t have a real cannabis industry if the dominant portion of it has no interest in being legal,” said Adam Spiker, executive director of the Southern California Coalition, a cannabis trade association. “There’s no other regulated industry in the world that I know of that operates like that.”

Licensed cannabis shops offering legal goods are sparsely scattered across the state — there are roughly 2 per 100,000 people, one of the lowest rates in the nation among states that support legal recreational sales.

By comparison, Oregon has 17.9 retail shops for every 100,000 residents. Colorado boasts a similar ratio, and Washington state’s rate is more than triple California’s.

California has just 823 licensed brick-and-mortar cannabis shops, but close to 3,000 retailers and delivery services operate in the state without a permit, a February 2020 market analysis by Marijuana Business Daily found.

The unchecked cannabis ecosystem has caused major economic and environmental damage in California. Many of the state’s estimated 50,000 illegal cultivation sites have been found to use banned pesticides that can poison wildlife and water supplies and are believed to account for hundreds of millions of gallons in water stolen from farms and neighboring communities each year.

Law enforcement agencies in the last few months alone have broken up sprawling grow operations in the arid Antelope Valley and urban Alameda County, discovering around 50 tons of processed cannabis goods and more than 100,000 plants, a haul valued well above $1 billion.

California Attorney General Rob Bonta announced earlier this week that the state had seized 165 weapons and more than 33 tons of infrastructure like water lines and toxic chemicals after conducting close to 500 raids this year.

“The victims of illegal marijuana cultivation are many and the toll is severe,” he said during a news conference. “Families whose water supply is polluted by outlawed pesticides, exploited labor exposed to dangerous and illegal working conditions, farmers deprived of clean soil and water.”

California, like many states, has lowered its penalties on illegal marijuana businesses, a response to a disproportionate number of arrests targeting communities of color under drug criminalization. Many in the industry say they generally support criminal justice reforms, but that the current penalty of a misdemeanor and $500 fine is simply too low to dissuade illicit activity.

Every state establishing a legal market has had to contend with illicit operations, but the underground market in California is far more entrenched. Many of today’s unlicensed businesses legally served customers for decades under the state’s medical marijuana laws that passed in 1996 but went underground after voters approved the recreational pot initiative Proposition 64 passed in 2016. Some operated in cities that banned weed sales, while others balked at the new regulatory fees and taxes.

“They were totally allowed under the law just minutes ago,” she said looking back to when the new regulations were established. “Did anybody really think those folks would just be like, ‘Well okay, we’re just going to close our doors’?”

California’s cannabis law lets local officials decide whether to open the door to cannabis or slam it shut. So far, most are opting for the latter.

A whopping 68 percent of California cities ban cannabis retail, including wide swaths of the Central Valley. Other areas have imposed strict caps on the number of available licenses, limiting market growth.

San Diego has just 25 pot shops for a population of 1.4 million; San Jose has 16 stores for 1 million people.

Some local officials say the industry harms children or argue dispensaries would attract crime. Others point to the difficulty of drafting ordinances, complying with strict environmental reviews and dealing with potential lawsuits from applicants who aren’t awarded licenses.

Public meetings in places like Mountain View in the Silicon Valley and Anaheim have devolved into hours-long marathons filled with protests and name calling when the topic of allowing cannabis shops comes up.

Spiker, who helps develop local cannabis regulations, said some elected officials fear a pro-cannabis stance could cost them their seats.

“Just because Prop. 64 passed in a community at say 60 percent, it doesn’t mean that the 40 percent that voted ‘no’ won’t organize a recall effort or a strenuous bid to get you thrown out of office your next election,” he said.

The dearth of retail stores — and legal shelf space — gives unlicensed businesses a large, unserved consumer base. It also contributes to an oversupply of goods produced by the state’s 6,000 licensed cultivators that has caused the price of wholesale cannabis to plummet, hurting legal growers.

Industry leaders say there is little chance state lawmakers will take away that power, largely due to fierce support for local control from law enforcement and city and county officials.

Citizen initiatives and Covid-related budget deficits have spurred some jurisdictions to open their arms to weed. By Jain’s count, 28 cities will open their first dispensaries in 2022 and 37 more that will pass a retail ordinance.

Businesses that manage to secure a license have another problem: competing with their unregulated competitors.

The price of cannabis products sold in legal dispensaries can be two to three times higher than nearly identical items sold in unlicensed shops, which aren’t subject to cultivation or excise taxes that drive up costs for retailers.

Some buyers see little incentive to pay more for a legal product.

“Price is the biggest motivator for consumer choice,” Ashford said. “We know that from our own data, there’s no question that if you make things less expensive people will buy them.”

The difference between the legal and the illegal is not always obvious. Underground dispensaries are often indistinguishable from licensed shops and sell similar-looking items that may be counterfeit or diverted from the legal market. Illicit delivery services are also listed right next to legitimate operators on platforms like Google and Yelp.

Regulators warn that products purchased from unlicensed retailers pose a public health risk, pointing to a rash of lung illnesses related to untested vape cartridges that killed 68 people and hospitalized more than 2,800 nationwide in 2019.

Pro-cannabis state lawmakers have tried unsuccessfully to slash the tax burden in the face of opposition from SEIU, the powerful union that helped bankroll the 2016 ballot measure. The union disagrees with the industry argument that reducing tax rates will spur growth and eventually boost tax revenue, said Robert Harris, a lobbyist for SEIU.

Leaders within the cannabis industry say finding a solution for the tax problem is their top priority for next year. Nicole Elliott, director of the state Department of Cannabis Control, telegraphed that they might get support from Gov. Gavin Newsom, who championed Prop. 64 while running for office in 2016.

“I imagine that the administration will be very happy to partner with the Legislature on those discussions,” she said.

But finding consensus on a tax plan will be challenging. There is disagreement, for instance, about whether a tax cut should happen on the cultivation or retail side.

Lawmakers and Capitol staffers say this disunity makes legislative fixes nearly impossible to pass and perpetuates the status quo. That’s a scenario the industry can’t afford, given “the overhead costs that the illegal guy doesn’t do,” Spiker warned.

“The divide between legal and illegal is too big a gap to overcome.”