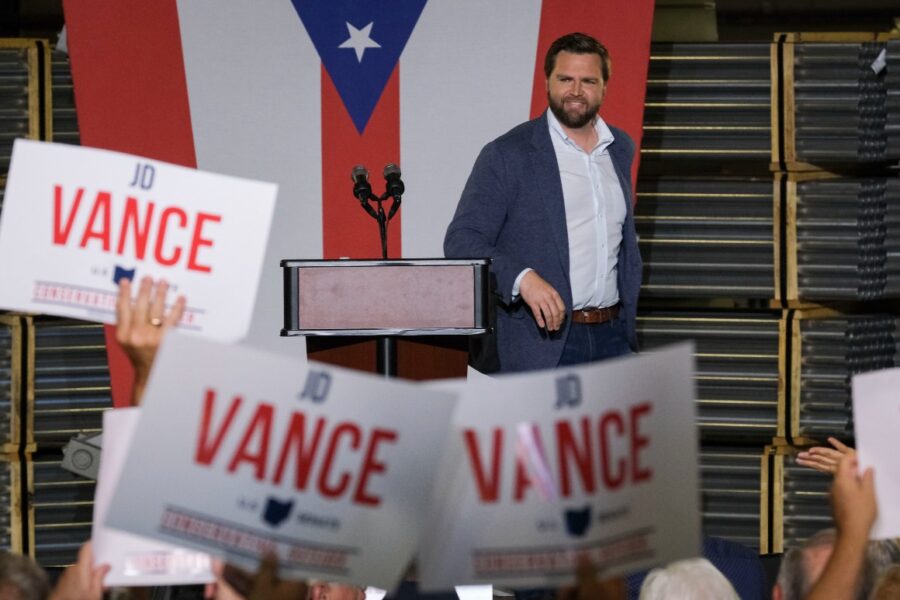 Club for Growth Action and USA Freedom Fund, both of which back former state Treasurer Josh Mandel, are each spending $470,000 to make Republican primary voters aware of Vance’s harsh rhetoric toward the former president. Vance has publicly said he did not cast a vote for Trump in the 2016 election.

In a contentious Republican primary that hinges on loyalty to Trump, Mandel for months has been on the attack against Vance.

Vance has sought to dramatically reinvent himself as all in for Trump while embracing a Republican message of economic populism — and allies of Mandel are on the offense to prevent Vance from closing the gap in the race to replace retiring GOP Sen. Rob Portman.

“I’m a Never Trump guy,” Vance said in an interview with Charlie Rose in 2016, a clip used in both the new ads. “I never liked him.”

Both ads also feature a screenshot of a Vance tweet from October 2016. “My god what an idiot,” he wrote, referring to Trump.

Vance expressed a similar sentiment in other interviews and since-deleted tweets from that time, including publicly mulling the idea of supporting Hillary Clinton, calling Trump “noxious” and “reprehensible.”

The ads will play back those comments to viewers watching NFL and NCAA games in the Cincinnati television market, with a smaller buy on Fox News and a corresponding radio spot.

Vance has said that he regrets his criticism of Trump.

“J.D. is a strong supporter of President Trump, and his rapid rise in the polls is scaring the same pro-China, globalist D.C. establishment that spent millions of dollars attacking President Trump in 2016, because they’re terrified of someone who stands with Trump and working-class Americans on tariffs and a pro-America trade policy getting elected to the U.S. Senate,” said Taylor Van Kirk, Vance’s press secretary, in a statement.

Trump has yet to make an endorsement in the seven-way GOP primary, where nearly all the candidates are portraying themselves as loyal to the former president.

While internal Mandel polling this summer showed the former state House member with a 28-percentage-point lead in the race, a poll commissioned by a pro-Vance super PAC put Mandel just 3 points ahead of Vance, at 19 percent and 16 percent, respectively. That survey, released Thursday, was done by Trump pollster Tony Fabrizio. 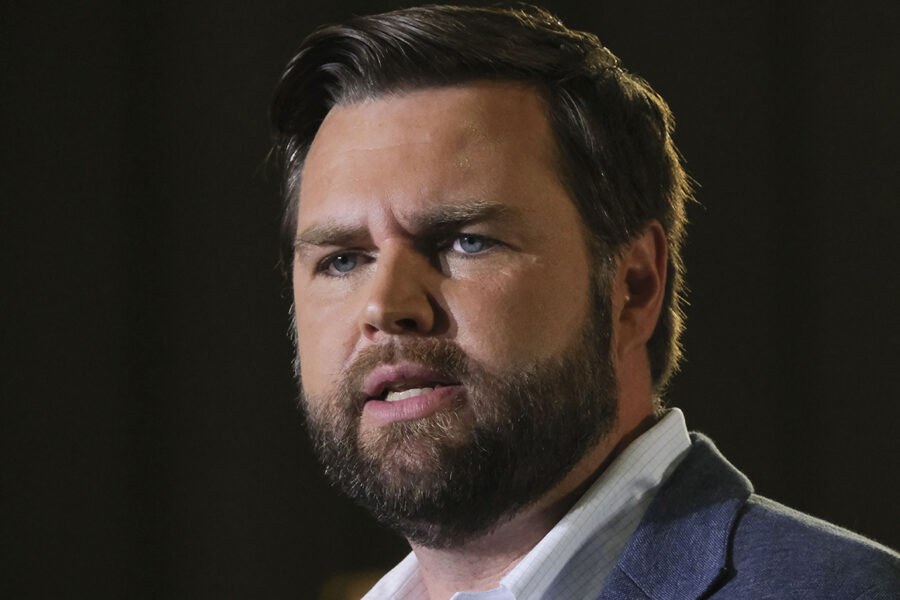 While Sen. Sherrod Brown in 2018 was reelected statewide as a Democrat, Ohio has shifted red in recent years. Trump carried the one-time swing state by 8 points in 2016 and won it again by the same margin in 2020.

Club For Growth, a conservative organization that generally backs candidates supporting lower taxes and spending and anti-regulation policies, is opposed to Vance’s message of economic populism, such as raising taxes on corporations that send jobs out of the country.

Timken, the former chair of the Ohio Republican Party, launched her own statewide ad buy Friday calling for the firing of Anthony Fauci, who has led the country’s public health response to the Covid-19 pandemic.