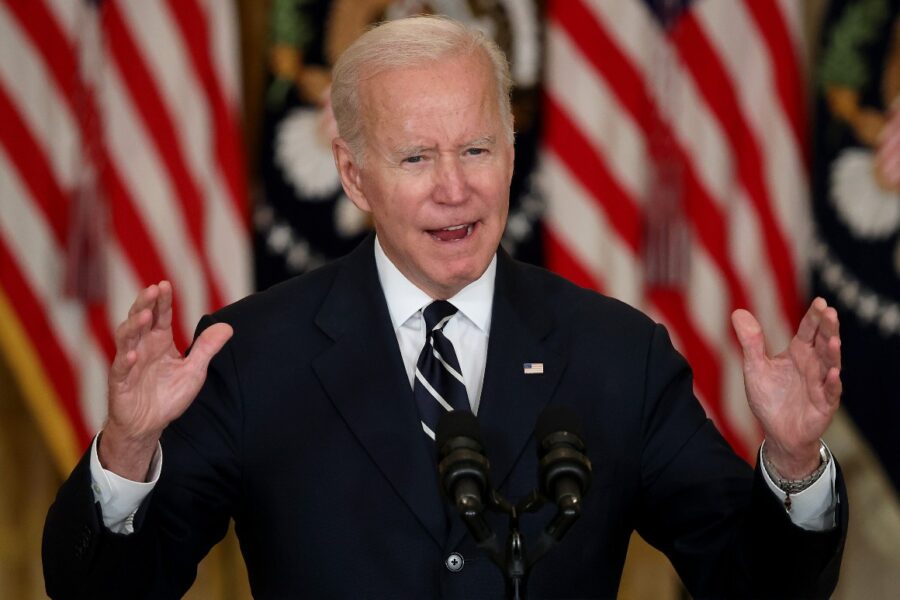 Joe Biden is stuck in the same dilemma: How does one sell a bill that isn’t complete?

On Thursday, the White House triumphantly introduced a framework for the big social spending package that’s taken months to negotiate. Biden delivered a White House speech. Cabinet members were dispatched to talk to lawmakers. Mayors were called too and blasted out their approval. Progressive groups unveiled new ad campaigns. And talking points were distributed to key allies to amplify support for the president’s Build Back Better agenda.

“President Biden promised to rebuild the backbone of the country — the middle class — so that this time everyone comes along,” read a copy obtained by POLITICO, “The Build Back Better framework does just that.”

All of it was designed to portray the proposal as an historic investment in jobs and families that rivals the crowning achievements of Franklin D. Roosevelt and Lyndon B. Johnson. But by the time Biden got on a plane to Europe for the G20 summit in Rome and climate talks in Glasgow, it was already clear that far more elbow grease would be needed. Democrats didn’t have the votes..

The House on Thursday evening said it wouldn’t be voting on the president’s infrastructure bill until next week at the earliest. And it’s an open question as to whether more time will even help advance that bill and the climate and social spending package.

Progressives and some interest groups railed against notable exclusions on prescription drug pricing and paid family leave — among the most popular aspects of Biden’s original plan. Others called for House progressives to refrain from supporting the bipartisan infrastructure measure until there were firmer commitments from Senate centrists on the social spending framework.

“Joe Biden is the president. He’s been a very patient negotiator and he decided that it’s time for this to end. It needs to end now,” said Simon Rosenberg, a longtime Democratic operative who leads a center-left think tank. “It’s gone on long enough. His poll numbers have gone down, it’s not clear he’ll have what he needs for Glasgow. Virginia’s in peril. It’s the president’s job to bring negotiations like this to an end.”

In all, the franticness of the day underscored just how big a conundrum the White House still must solve in order to get its agenda passed. Having worked with progressives to ensure that both bills were considered in something close to tandem, the administration was forced to turn to those same lawmakers and ask them to swallow difficult cuts, trusting that Sens. Joe Manchin (D-W.Va.) and Kyrsten Sinema (D-Ariz.) would be reliable yes votes in the end.

“I don’t think it’s hyperbole to say that the House and Senate majorities and my presidency will be determined by what happens in the next week,” Biden said to House Democrats during his meeting with them on Thursday morning.

Biden took that macro approach throughout the day, publicly ignoring process questions from the news media. Instead he touted his latest step as a huge boon for the country that could prove democracies can still govern and keep pace in a world with powerful autocrats.

“It’s critical. It’s almost existential,” said former Democratic Sen. Max Baucus, who served with Biden for years and helped preside over a similarly painstaking negotiation on the Affordable Care Act. “It’s also critical to show China that we’re competing with China, not just in building the infrastructure, and building all the new technologies, which enable us to better compete, but also to show to China that we’re not declining.” Privately, however, Biden’s Cabinet was playing something more akin to hardball. When Secretary of Housing and Urban Development Marcia Fudge met with members of the Congressional Black Caucus, she told lawmakers not to demand too much in the final outcome. The meeting was described as a “tough,” candid “family” conversation. But there was a sternness to it too.

Fudge asserted that Democrats tried to include too much in their sweeping elections reform and police reform bills and got nothing, according to a lawmaker in the room. Fudge warned Democrats not to demand everything in the social spending package or else they could end up with nothing including no physical infrastructure bill, the member recounted. Rep. Emanuel Cleaver (D-Mo.) confirmed the account, saying that, after Fudge spoke for about five minutes or so, you “could hear a pin drop.”

Cleaver said the still-unfinished social spending bill’s “revolutionary” progress would in time sell itself, contending that the programs it contains can’t be compared to anything he’s seen in nearly two decades. “As soon as they get the clear picture of what’s in this legislation,” he said of the public, “they will embrace it.”

But America will have to wait for Democrats to iron out their differences first.

Biden’s decision to drop key provisions from the social spending bill was meant to serve as a catalyst to bring his party together and create a launching pad to rally allies behind a plan that will be the cornerstone of their case in the midterms.

“You gotta measure it against zero — against doing nothing,” said Matt Bennett, of the centrist group Third Way, who along with other outside White House allies said it was time for Democrats to let go of the policies that Biden left out of the framework or risk self-sabotaging.

“And the difference between zero and … investments in climate and working families is really what we’re talking about here,” Bennett added. “They are going to have to lay that aside and decide it’s much more important to emphasize the positive for both political and substantive reasons.”

Progressive lawmakers and outside activists, however, stressed that the time for bargaining had not actually ended. The votes would not be there for either the infrastructure or social spending bill, liberals warned, unless some measures were added back in or assurances were made by centrist holdouts in the Senate.

“It’s a huge start. It is not yet a deal,” said Rahna Epting, executive director of MoveOn. “We don’t think we should be rushing the [bipartisan infrastructure] vote until a deal is struck. We need to maintain the two-track process.”

Though progressive outside groups urged lawmakers to stand firm against voting for the infrastructure bill unless centrist Democratic senators explicitly back the social spending framework, they also saw a net positive in Biden’s attempt to solidify parameters of a deal.

“One benefit of what the White House did today was take a lot of the question marks off the table and allow people to be assured that this will be more than a $1.5 trillion bill, it will have massive climate investments and key things like universal pre-K and taxing millionaires,” said Adam Green, co-founder of the Progressive Change Campaign Committee.

Yet others were stuck on the slow pace of progress, particularly after Biden met behind closed doors with lawmakers and offered his own assurances in exchange for moving the infrastructure bill. Rep. David Trone (D-Md.) said Biden gave his word that both bills would get passed through Congress, but he noted there were still some details that needed ironing out.

“I trust President Biden 100 percent. I trust Speaker Pelosi 100 percent. They say they’re going to get it done, we should go get it done,” Trone said. “If some members of the caucus don’t trust the president, shame on them. That’s not a good reflection of their judgment. They had very unsound judgment if you aren’t willing to go to bat with the leader of our party.”