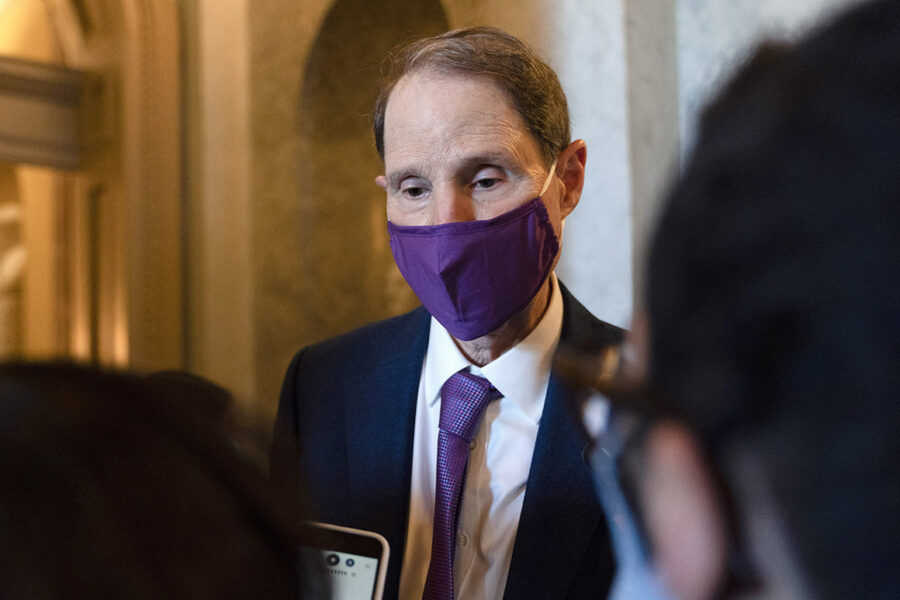 Democrats control Washington and their proposal to let the government negotiate drug prices is backed by more than 80 percent of the public. But, like many before them, they have so far failed to prevail over the pharmaceutical industry and pass a plan that directly addresses the price of drugs for most Americans.

The sweeping social spending package before Congress remains a work in progress and four industry lobbyists told POLITICO they aren‘t celebrating just yet. But President Joe Biden’s Thursday pitch to Capitol Hill eliminates any effort to crack down on drug prices, a coup for the industry that has spent months pouring millions into lobbying and advertising campaigns.

The failure to include any meaningful drug pricing reform despite repeated promises robs the White House of one of its main selling points for what the administration hopes is legacy-defining legislation. And the exclusion of the package’s most popular provision could cause a public backlash and give Republicans an opening to play up the Democrats’ futility.

Senate Finance Chair Ron Wyden (D-Ore.) said he hoped Democrats could still find a way to address rising prescription drug costs but acknowledged the power the industry has shown so far to prevent even modest changes.

“Pharma is everywhere,” he told reporters Thursday. “They have got more lobbyists than anybody.”

The Pharmaceutical Research and Manufacturers of America, or PhRMA, did spend more than any other health care group trying to shape the legislative package. But other deep-pocketed players — from the nation’s biggest insurance companies to dental practices — are also poised to secure significant victories while dodging threats to their bottom lines.

Congress is poised to extend federal subsidies to buy Obamacare coverage until 2025, a provision favored by big insurers that sell plans on the individual market. Democrats are also set to subsidize private coverage for roughly two million low-income people in states that refused to expand Medicaid rather than create a new Medicaid-like program — another boon for health plans and medical providers who earn far more in the private insurance market than they do from Medicaid. Democrats’ promise to provide dental coverage to all seniors on Medicare was also scuttled after insurance companies and the dental industry lobbied against it, and a nascent effort to claw back government payments from privately run Medicare Advantage plans was similarly abandoned.

Progressives on Capitol Hill say they plan to keep pushing back against the industry’s influence, particularly on the drug pricing front.

“The challenge that we face in this really unusual moment in American history is whether we have the courage to stand with the American people and take on very powerful special interests,” Senate Budget Chair Bernie Sanders told reporters Wednesday night. “If we fail, if the American people do not believe that government can work for them and is dominated by powerful special interests, the very fabric of American democracy is in danger.”

The health care industry is not monolithic and several provisions under consideration pitted insurers, pharmaceutical companies and medical providers against one another. But lawmakers, staffers, lobbyists and advocates confirmed the industry bent an array of policies in its favor, leaving some Democrats to fret that they’ve blown their last, best shot to tackle drug prices ahead of a midterm election that could hand power back to Republicans.

“It’s unconscionable right now, frankly, after all these years and with the popularity of this issue that we haven’t gotten this done,” Rep. Susan Wild (D-Penn.) told POLITICO on Thursday.

Wild added that she would not settle for a watered down version that allowed the government to negotiate prices on a much smaller number of drugs.

“I’m not interested in crumbs,” she said. “The danger of doing some half-assed version is that all of a sudden, people think, ‘Oh, we got something on prescription drugs, so we’re not gonna do anything else.’”

Democrats’ recent push to allow Medicare to negotiate the price of certain high-cost drugs represented the gravest threat to the industry’s profits in decades. In response, drug lobbyists spent millions on ads and flooded lawmakers with campaign cash — focusing in particular on centrist Democrats most likely to buck the party line, like Sens. Kyrsten Sinema (D-Ariz.) and Bob Menendez (D-N.J.) and Rep. Scott Peters (D-Calif.).

Democrats’ narrow margins in each chamber meant the powerful pharmaceutical players only needed to peel off a few members to stop the reforms in its tracks.

“The gulf between the moderates and progressives was helpful in defeating the drug pricing title because any sort of moderate shift or reasonable change that you proposed, you might gain a couple moderates, but you’d lose a couple progressives,” said one health care lobbyist who asked for anonymity in order to speak freely on sensitive negotiations.

The pharmaceutical industry, business groups, conservative advocacy groups and one labor union spent more than $30 million on advertising against congressional drug pricing proposals since this summer, according to the nonprofit Patients for Affordable Drugs and AdAnalytics data reviewed by POLITICO. Many of these ads ran nationally, while some targeted Democrats in swing districts, like Wild, who face difficult reelection campaigns in 2022.

“A lot of us frontliners have all kinds of commercials playing throughout our district, fearmongering and trying to convince senior citizens and others who depend on medication that if we get this through, somehow the government will decide what drugs they’ll be allowed to take, or that they won’t be able to access their drugs because there won’t be innovation,” Wild told reporters on Wednesday.

In ads and conversations with lawmakers, the pharmaceutical industry cited its work developing coronavirus vaccines and therapeutics, and argued that hits to the bottom line could reduce R&D investments and jeopardize the long-term fight against the disease.

Though the industry is now on the cusp of a legislative win, progressives like Wyden still insist drug pricing reform be a part of the final package. One pharmaceutical lobbyist said they’re simply “waiting for the next shoe to drop” — citing the possibility Democrats could look for other ways to crack down on drug costs — while PhRMA downplayed the significance of Biden’s proposed deal.

“This is a framework,” said Brian Newell, a PhRMA spokesperson. “We continue to stand ready to work with policymakers this year to enact meaningful reforms that will lower out-of-pocket drug costs for patients.”

Other health care groups that stand to benefit were more eager Thursday to tout the framework as an unambiguous win.

The Blue Cross Blue Shield Association said it was “pleased” with the Democrats’ bill. The Partnership for America’s Health Care Future — which has fought “Medicare for All” and other progressive health proposals on behalf of hospitals, insurers and drug companies, also praised the bill, saying it “focuses on building on the current system rather than starting over with new, unaffordable health care systems.”

“It’s better to be in the film than on the cutting room floor,” said Chip Kahn, the leader of the Federation of American Hospitals. “We like what we see in the [framework] regarding coverage and we’re gonna keep at it” to ensure the provisions stay in.

The demise of drug price controls also could give the GOP fodder for next year’s elections, said Joe Grogan, a former top domestic policy adviser to President Donald Trump and drug lobbyist who was an influential figure on the issue during the prior administration.

“It’s right there, like a giant meatball in front of you, to say, ‘Look, the president’s campaign, the president’s governance, has not lived up to the campaign promise across a whole host of issues,’” he said. “I think it’s another unkept promise.”