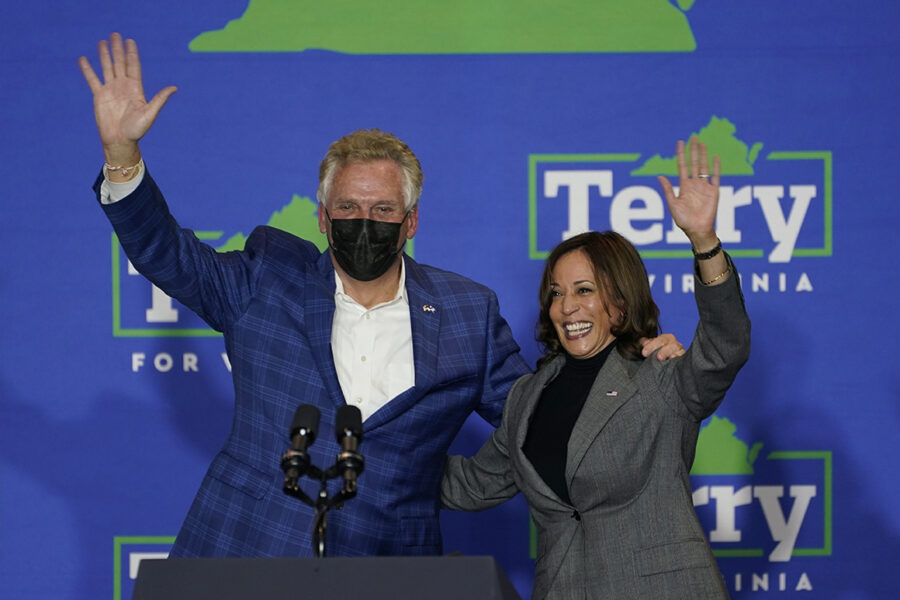 “Each one of you in your possession has the ability to determine, yes, who will be the next governor, but also by extension, given the importance of this Virginia election, how the country is going to move,” Harris said.

“There is so much power in the hands of the people, including not only determining the outcome of this very, very important election but making a statement about who we are as a nation,” Harris said from a podium at a get-out-the-vote event for McAuliffe in Norfolk, Va.

McAuliffe, the former governor of Virginia, is up against Republican challenger Glenn Youngkin. Recent polling shows the two candidates deadlocked among registered voters.

Harris underscored Virginia’s role in setting the tone for what could unfold politically across the rest of the country over the next few years. Biden and Democrats have recently embraced the notion that what happens in Virginia could offer a glimpse into major 2022 congressional races.

She repeatedly touted the importance of strengthening and maintaining the country’s democracy, specifically by showing up to vote and reminding people that “elections matter.”

“The American people will always stand for the pillars of our democracy,” Harris said. “And we know as imperfect as we are, as flawed as we may be, one of the strengths of who we are as a nation is we always fight for our ideals.”

Unlike President Joe Biden in his speech while campaigning for McAuliffe on Tuesday, Harris steered clear of jabs at Youngkin.

At one point in her speech, Harris repeatedly stressed the importance of a governor’s role and the sway they can have over people’s lives including on health care coverage, access to child care and LGBTQ rights — while repeating the phrase “who is governor matters.”