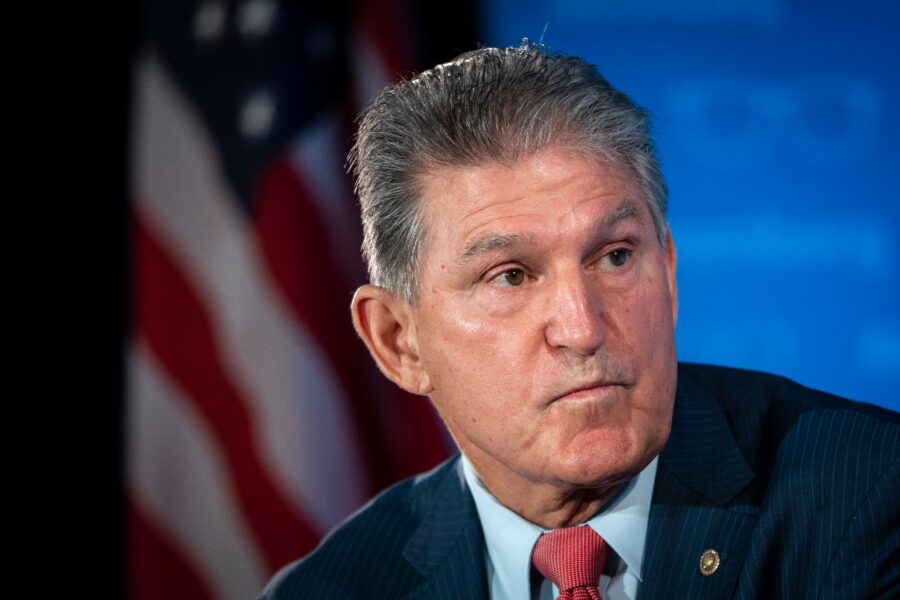 Still, Sen. Joe Manchin’s colleagues and advocates outside Congress have been unable get the West Virginia lawmaker to support a paid leave program, a top progressive priority for the Democrats’ social spending plan and one that White House press secretary Jen Psaki called “personal to the president.”

As a result, the plan to allow workers paid leave for illnesses, births, caring for loved ones and more was tossed this week, despite being significantly watered down, as Democrats scrambled to make a $1.75 trillion deal — though supporters say they haven’t given up on it.

Though polls show paid family leave has strong support among Democrats and Republicans, and many business groups have warmed to the idea, even it couldn’t make the cut as Democratic leaders scrambled to lower the spending bill’s cost at Manchin’s insistence. The other moderate they have had to appease, Sen. Kyrsten Sinema (D-Ariz.), wasn’t opposed to including paid leave.

The White House had told advocates repeatedly that paid leave wouldn’t stand a chance at inclusion in Democrats’ reconciliation bill if they didn’t lobby Manchin hard enough, more than half a dozen sources said.

Over the past year, groups like Paid Leave for the U.S., Paid Leave for All, the National Partnership for Women and Families, A Better Balance and their partners took that to heart, spending considerable time and money to sway Manchin in hopes of enacting the nation’s first paid leave policy.

“We kept hearing, ‘You have a Manchin problem,’” Molly Day, executive director of Paid Leave for the U.S., said. “So we kept digging in and engaging in every angle of the debate with Senator Manchin.”

Manchin and the White House did not respond to requests for comment.

The effort to bring Manchin around was multimedia and multimodal.

In January, advocates stood up a West Virginia coalition to take grassroots action in the senator’s home state. In June, the effort kicked into higher gear: Paid leave supporters launched cable and digital ad buys in the state and made arrangements for small business leaders who support the benefit to meet with Manchin’s legislative staff.

In late September, consultants to the groups attended a donor dinner for Manchin and “expressly engaged him, as an individual, at length,” Day said.

Day herself buttonholed Manchin on the Amtrak train to New York from Washington, D.C., last week, when she spotted him and his wife sitting a couple rows ahead.

“I went and introduced myself, and I talked to him personally at length for more than 10 minutes about paid leave,” Day said. “He was very cordial.”

Manchin shared his concerns about how a paid leave program would impact small businesses, she said, and how “we just can’t be spending so much money.” Day shared her personal experience watching two parents cope with cancer without paid leave, which she said he was “compelled by.”

Another time, two advocates said, a board member took up the cause with Manchin while dining on his houseboat, where he lives when he’s in Washington.

The breadth of these efforts meant advocates felt blindsided this week when paid leave was dropped from Democrats’ social spending package in the face of opposition from Manchin.

“You could make the case for how everything was sort of leading up to this,” said Lelaine Bigelow, vice president for social impact and congressional relations at the National Partnership for Women and Families. “But it is still shocking to me.”

As recently as last week, advocates were in talks with lawmakers and administration officials about efforts to scale down the package — efforts that the White House told them they needed to get on board with, a source said, or else risk the provisions getting dropped from the deal.

President Joe Biden had campaigned on providing 12 weeks of paid family and medical leave for all workers, phased in over 10 years, which he proposed spending $225 billion on as part of his American Families Plan. The House went even higher, approving $494 billion for the plan with no phase-in. The Senate wanted a spending level closer to $300 billion.

But earlier this month, the White House said it needed to come down to $100 billion — enough for just four weeks of paid leave for lower-income workers, with the program expiring after three to four years.

“The paid leave advocate community has been incredibly agile and flexible in my view, including not really blinking when they went from 12 to four weeks,” Day said.

Paid leave had big muscle behind it on the Hill: House Ways and Means Chair Richard Neal (D-Mass.) had declared paid leave his No. 1 priority, and was making his case to Senate leadership and the White House — with House Speaker Nancy Pelosi’s support — every chance he got, a source familiar with the conversations on the Hill said.

So on Wednesday, when Pelosi called Neal and told him paid leave was out for good, it raised the question of whether the White House put as much muscle behind the benefit as it did others like child care, sources said.

Advocates are making a last-ditch push to bring Manchin around on some semblance of paid leave — potentially based on the four-week proposal that the White House left out of its reconciliation framework Thursday, or at least some element of it.

“There are signs that the Senate is still fighting for this; that they believe there’s a path; and it’s something that Manchin has not closed off,” said Dawn Huckelbridge, director of Paid Leave for All.

Paid Leave for the U.S. is running a $25,000 radio spot in West Virginia and even hired a banner to fly over the Greenbrier resort this weekend when Manchin hosts a donor retreat there. Supporters plan to work with backers in the House and Senate to redouble their efforts in Washington next week.

“This is where we need our partners in the White House and in Congress to also carry water,” Day said.

Sens. Kirsten Gillibrand (D-N.Y.) and Patty Murray (D-Wash.), among those leading the charge in Congress for paid leave, said they haven’t given up.

“It is downright shameful that America is the only developed nation where working people are not guaranteed paid leave if they have a child, get seriously ill, or need to take care of a loved one — and I think I’ve made it abundantly clear I’m going to keep fighting to get paid leave included,” Murray said.

Rep. Rosa DeLauro (D-Conn.) said she would keep pushing from the House side — if not for enactment via reconciliation, then in a subsequent bill.

“I view this as a missed opportunity,” she said. “But that doesn’t make it the last opportunity.”