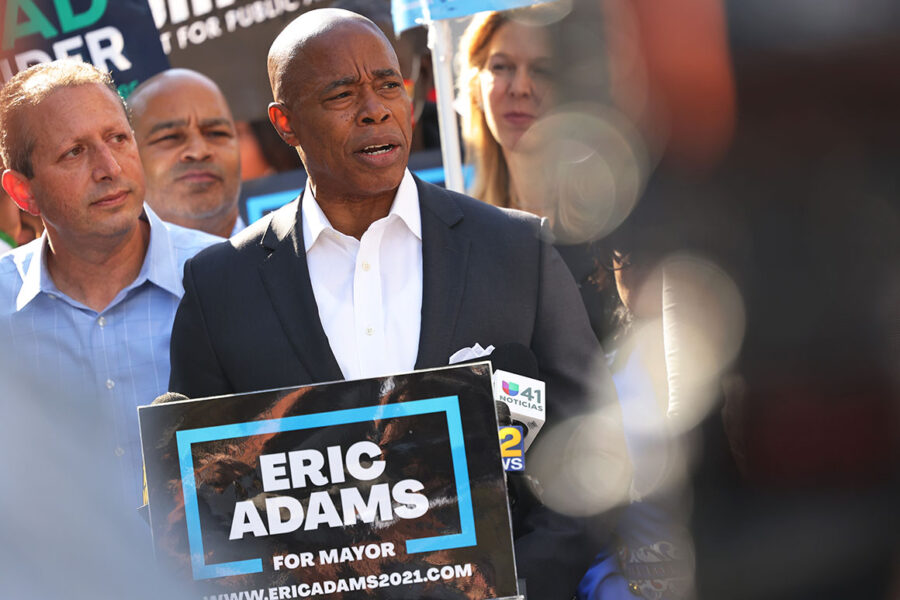 The Associated Press called the race just minutes after the polls closed at 9 p.m.

Earlier in the day, Adams teared up after he cast his ballot in Brooklyn, holding a framed photograph of his late mother Dorothy, who died in April at the age of 83.

Adams has described his primary victory in June as a win for moderate Democrats across the country — a message that quickly earned him a visit to the White House and endeared him to those frustrated by the growing leftward movement in the party.

Still, it was unclear Tuesday night if he matched Mayor Bill de Blasio’s 49-point win in 2013 — a difference his team attributed to a volatile debate that unfolded in the final weeks of the race over the sitting mayor’s mandate that each of the city’s 378,000 municipal workers be vaccinated against the pandemic. They also noted no mayoral candidate of color had ever surpassed 51 percent of the vote.

As of Tuesday morning, 92 percent of the municipal workforce had received the shot, but a vocal minority opposing the requirement have hit the streets protesting the regulation — anger Sliwa capitalized on in the final days of the race.

Adams — a proud former police captain who was briefly registered as a Republican — has tried in vain to avoid the controversy altogether, saying he will not second-guess de Blasio on a life-and-death matter while he is still in office. But he has been unable to escape it, as reporters and residents he encountered during campaign events have asked time and again how he would discipline employees who refuse the vaccine.

Sliwa had no such qualms, promising a ticker tape parade for the unvaccinated city workers and deriding Adams as “de Blasio 2.0.”