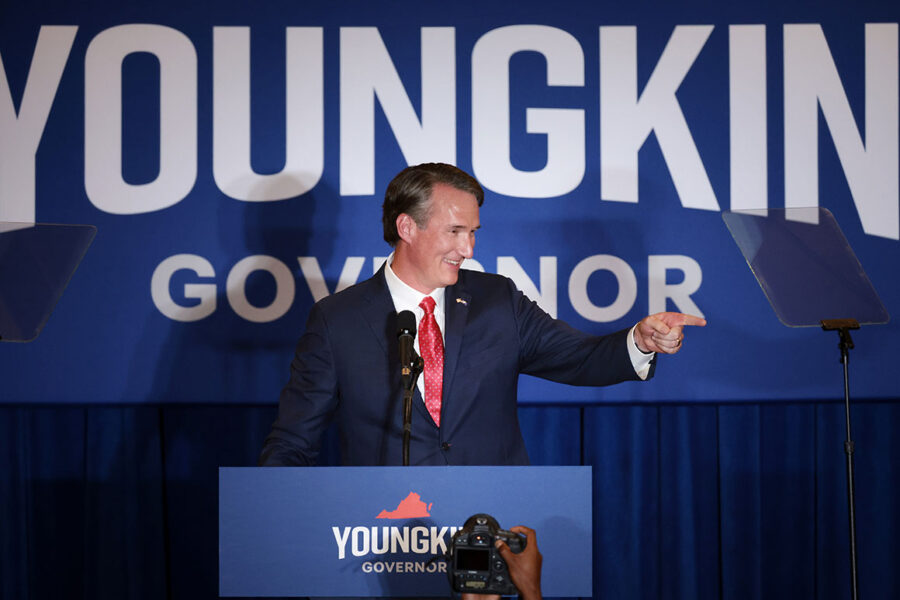 First their fundraising dominance evaporated. Then the swing-seat retirements and a punishing redistricting cycle began. And then came a Democratic thrashing in Virginia, less than a year after President Joe Biden carried the state by 10 points.

Now, Democrats are wondering if the House is already slipping away.

“This is 2009 all over again,” said former Rep. Steve Israel, the New York Democrat who led the Democratic Congressional Campaign Committee right after the disastrous 2010 election, when Democrats lost more than 60 House seats. “The only benefit they have now over 2009 is knowing just how bad it can get.”

Democrats’ House majority — and their path to the White House in 2020 — was built in large part on suburban, college-educated voters who spurned former President Donald Trump. But Virginia Gov.-elect Glenn Youngkin’s inroads with them — carving deep into the northern Virginia counties where Democratic dominance in the last governor’s race foretold the 2018 “blue wave” — proves Democrats’ support in those suburbs is soft. That’s especially true as Biden and congressional Democrats struggle to clinch a deal on their social spending packages and Republicans double down on culture war campaigns.

“If Democrats can’t reclaim those suburban voters, I don’t see a path to keeping the majority, plain and simple,” Israel said, “and you reclaim them by talking about those issues that those voters are discussing at their kitchen table.”

Indeed, Republicans triumphantly surged across suburban America on Tuesday night, not only snuffing out former Virginia Gov. Terry McAuliffe’s sputtering comeback bid but delivering surprising wins in parts of New Jersey and Long Island. Altogether, they are obvious warning signs for Democrats that their ascendance in affluent suburbia might not outlast Trump’s time in office — especially if they can’t point to their own accomplishments in Washington.

“We’ve got to deliver. We’ve got to get the stuff over the finish line and leave ourselves plenty of opportunity to explain to people what they’ll experience as a result of all this,” said Democratic Rep. Dan Kildee of Michigan. “There’s no excuse for not being able to deliver and there’s no substitute for it.”

Republicans captured the top three statewide offices in Virginia and appear on track to reclaim the state House, once all the votes are counted. In New Jersey, Republicans dragged the Democratic governor into an unexpectedly close race and flipped several legislative districts.

In Loudoun County, outside of Washington, D.C., where Democratic Gov. Ralph Northam won by almost 20 points in 2017 over Republican Ed Gillespie, Youngkin cut the loss to less than 11 points. Youngkin also won back Chesterfield County, a suburban chunk south of Richmond, and Virginia Beach, two traditionally Republican areas that had trended blue during the Trump era. And Republicans recaptured delegate seats in those same two regions.

In Fairfax County, Virginia’s largest jurisdiction, Youngkin clawed back to a 30-point loss compared to the GOP’s 37-point defeat there in 2017.

Amanda Litman, co-founder of Run for Something, a progressive group that helps elect candidates to down-ballot offices, called Virginia and New Jersey “not a prediction” of what will happen in 2022, but rather a set of data points for Democrats heading into the midterm year.

“But those are loud data points,” she added.

There were earlier data points that should’ve set off alarm bells, too. In 2020, voters soured on Trump in districts in the outer rings of major cities from Dallas to St. Louis to Omaha — but Democrats lost over a dozen seats in the House and failed to flip a single state legislative chamber, even in areas where Biden won.

Democrats spent millions on the airwaves yoking these GOP members to Trump, whose ratings were exceedingly negative in the districts. But suburban voters in dozens of seats across the country didn’t take out their disdain for the president on their Republican members of Congress. A telling statistic: There are some two dozen current Republican members of Congress in seats where Trump got less than 51 percent of the vote in 2020, ranging from Rep. Victoria Spartz in suburban Indianapolis to Troy Nehls in Houston and Steve Chabot in Cincinnati.

Still, that’s the playbook Democrats ran against Youngkin in Virginia.

“There were clear warning signs in 2020 that simply tying a candidate to Trump doesn’t work,” said Dan Sena, a former executive director of the Democratic Congressional Campaign Committee. “You have to point to a larger thing that they are doing that impacts people’s lives. In 2018, we didn’t use the Trump playbook in any way shape or form.”

In Virginia’s state delegate races, Democratic incumbents found success when they focused on their work in Richmond and avoided overreaching to draw connections between the GOP candidates and the national party, said Jessica Post, who leads Democrats’ national state legislative campaign arm.

“Down-ballot Democrats can buck political trends in individual races,” she said, highlighting swing seats the party held in Northern Virginia. But Democrats candidates looking to emulate their success, she said, should only make very specific contrasts with Republican opponents: “That could include being Trump-like, but it has to come with a number of proof points about the specific issues.”

In contrast, McAuliffe worked relentlessly to tie Trump to Youngkin, even bringing in Biden last week to cast Youngkin as an extremist wearing “a smile and a fleece vest.” Many of McAuliffe’s TV ads blanketing the Virginia airwaves tied Youngkin to Trump. But Youngkin, a first-time candidate and self-funder, held the former president at arm’s length, embracing his endorsement without inviting him to campaign, either.

Still, watching this unfold doesn’t seem to have soured the Democratic Congressional Campaign Committee — the group responsible for maintaining their majority in the House — from tying House Republicans to Trump. In an interview Wednesday, Rep. Sean Patrick Maloney, the DCCC chairman, suggested Democrats will continue to do just that — and that other Republicans won’t be able to evade the comparison.

Democrats also noted that Youngkin, who “had no record and had a quarter-billion in the bank,” is “not something Republicans can replicate in 2022,” said Jesse Ferguson, a Democratic strategist. “Putting a fleece on their candidates doesn’t cover up their voting records, nor does it give them an unlimited bank account,” he added.

But the question for congressional Democrats is how to reclaim the suburbs with few major legislative achievements to tout and while Republicans are zeroing in on polarizing social issues to avoid any lingering Trump blowback.

Unlike McAuliffe, Youngkin avoided discussion of Trump on the stump, instead drilling into the culture wars, particularly around education. In the final stretch of the campaign, it was an issue set that not only animated parents in the suburbs, but hardcore Trump voters in rural counties, too. A quarter of voters said education was their top issue, according to the Edison Research exit poll conducted for the TV news networks.

Seizing on the momentum out of Virginia, the National Republican Congressional Committee announced Wednesday morning that they would be adding 13 Democratic seats to its target list, including Rep. Jennifer Wexton (D-Va.), who represents northern Virginia.

“It expands the map in a big way for Republicans to go on offense in a host of different areas,” Zack Roday, a Republican consultant based in Virginia, said of the GOP’s suburban showing on Tuesday.