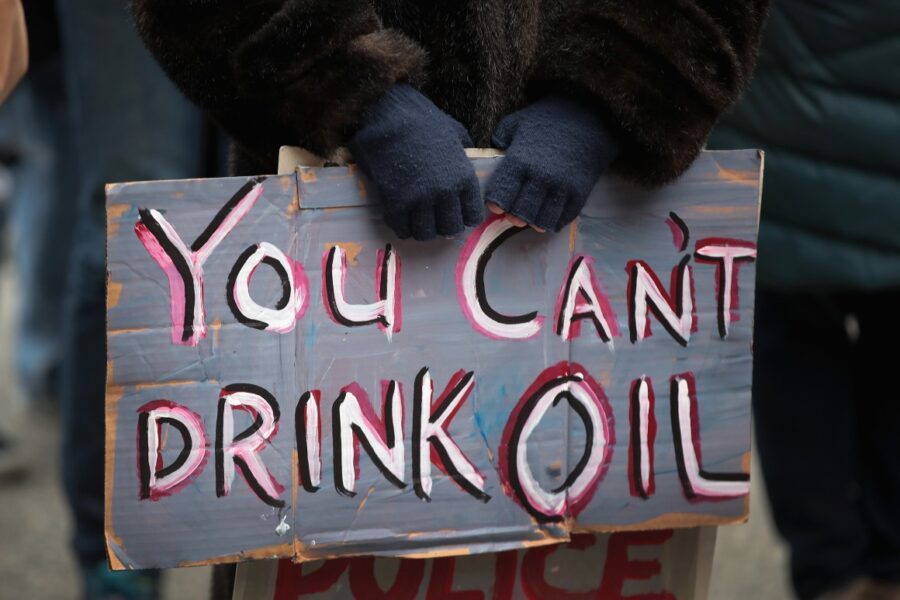 President Joe Biden’s plans to push the country away from fossil fuels and toward clean energy are facing an unexpected hurdle: the price of propane in Escanaba, Michigan.

Biden took the stage in Glasgow last week to promise world leaders the U.S. was ready to lead the charge against climate change. But the messy pipeline fights in the U.S. are putting his administration in the crossfire between environmentalists and Indigenous groups eager to block fossil fuel projects and Republicans who are ramping up attacks blaming the White House for soaring energy prices.

Biden was quick to win plaudits from greens for quashing the Keystone XL pipeline upon taking office, but he has drawn criticism from some of the same advocates for not stopping another pipeline project in Minnesota. Now, the administration is studying what to do about a pipeline stretching across Michigan that activists — and the state’s Democratic governor — contend poses a catastrophic pollution risk to the Great Lakes. But the oil and gas industry, backed by the Canadian government, warns closing will drive fuel prices even higher.

Word that the Biden administration was quietly studying the potential market impact of killing the Line 5 pipeline, first reported by POLITICO, set off a firestorm of criticism from Republicans saying the move would worsen the spike that has already driven propane prices up 50 percent from a year ago just as Michigan residents — the nation’s biggest consumers of the fuel — stock up for cold weather. Propane is stripped out of the line at the small port city of Escanaba to help feed supplies to communities in the state’s Upper Peninsula.

“As we enter the winter months and temperatures drop across the Midwest, the termination of Line 5 will undoubtedly further exacerbate shortages and price increases in home heating fuels like natural gas and propane at a time when Americans are already facing rapidly rising energy prices, steep home heating costs, global supply shortages, and skyrocketing gas prices,” Rep. Bob Latta (R-Ohio) and a dozen other congressional lawmakers representing the region said in letter to Biden on Nov. 4.

But equal pressure is coming from from environmental groups and Native tribes to back Michigan Gov. Gretchen Whitmer in her fight to shut the pipeline down. The groups say a potential oil spill from the 70-year-old pipeline that crosses the Straits of Mackinac would devastate the Great Lakes and Michigan’s coastal economies — a concern that grew after the lines were damaged by an anchor strike in 2018.

“Given the strength and oscillation of the currents, over 700 miles of Lake Michigan and Huron shoreline would face serious contamination” in case of a spill, a group of 12 tribal nations wrote in their own Nov. 4 letter to Biden. “In contrast to Canada’s vocal support of [pipeline owner] Enbridge, and despite what we understand to be the Governor’s requests for help, your Administration has thus far been silent regarding Line 5.”

The Canadian government is also applying heat. Conservative Party members in the country’s government, already irked by Biden pulling the crucial permit for the Keystone XL pipeline before it could even be built, have said shutting down the Line 5 pipeline would require 2,100 rail cars to deliver the oil from Superior, Wis., to the Imperial Oil refinery in Sarnia, Ontario, just across the U.S. border. 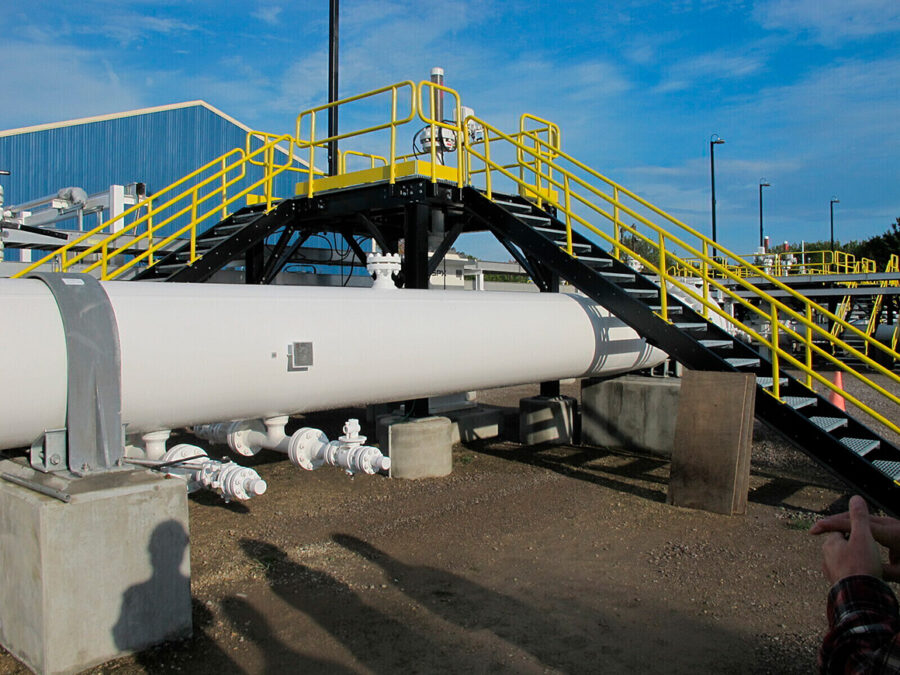 Canada Foreign Affairs Minister Mélanie Joly discussed the pipeline with Secretary of State Antony Blinken on Thursday, according to a readout of their call. The Canadian government recently invoked a 1977 treaty to bolster its position that the oil continue to flow.

“Certainly it is prudent for governments at all levels to be thinking about what happens in the event that we are not able to resolve the issue with Michigan and we’re not successful in the court,” Wilkinson told reporters. “But I would say that, that is a contingency plan that we hope never to have to use.”

All this means that Biden, who promised at the COP26 climate talks that the United States would be “hopefully leading by the power of our example,” is facing the sort of cold, hard political decision that such grand climate ambitions can force on a country that is the world’s top oil and gas producer, said Kevin Book, managing director at energy consulting firm ClearView Energy: Either keep the pipeline in place and disappoint progressives, or revoke its permit and hand Republicans fresh ammunition just after they shellacked Democrats in Virginia and other state elections.

“When fuel prices are high, it may not matter what project gets stopped so much as the White House is seen stopping it,” Book said. “Politically speaking, anything that could get in the way of the propane supply ahead of winter could play badly in Midwestern swing states.”

The administration hasn’t decided what to do yet, sources close to the White House have said. Market studies have concluded that gasoline prices in Michigan would rise a few cents a gallon if the pipeline was removed. But propane, currently nearly $2.50 a gallon, could increase between 5 and 25 cents before supplies could be redirected there from other sources, including other pipelines in the area. Advocates of shutting the pipeline down have suggested that closing it in phases might soften any price impact.

“With an orderly shut down — and this key: an orderly shutdown — there will be little noticeable impact,” said Beth Wallace, manager of conservation partnerships at the National Wildlife Federation, an environmental group that commissioned a study on the effects of shutting the line down.

Still, any increase would become a Republican talking point and could make it harder for Democrats to make any more ambitious moves on energy policy. The GOP has already hammered Democrats for current fuel price increases that have had little to do with White House policy, and voters would certainly notice if anything coming directly from the administration increased prices more.

But Republicans are already tapping into voter frustrations over the surge at the pump that has pushed the average U.S. gasoline price up by a $1.30 from last year to $3.42 per gallon. They aggressively sought to tie that increase to Biden’s move on the Keystone XL pipeline and his pause on new auctions of federal land to oil and gas drillers, though energy experts have said the rise is due largely to the tightness in the global energy supply after the industry troubles last year when prices plummeted during the worst of the pandemic.

Republican Sen. Lisa Murkowski of Alaska, a state heavily dependent on oil and gas production, said voters are especially attuned to fuel costs and could turn on politicians they see as doing anything that would raise prices.

“Anytime you have people focused on something like the high price of gas at the pump, or if natural gas prices are high and they’re seeing higher utility bills, there’s a focus on that,” Murkowski said in an interview. “And I think it impacts how they view longer-term policies. I think we recognize that the price of oil may come and go, the price of natural gas is going to come and go, but I think it has significant bearing on how people are feeling about different legislative initiatives or policy initiatives.”

Anthony Adragna contributed to this report