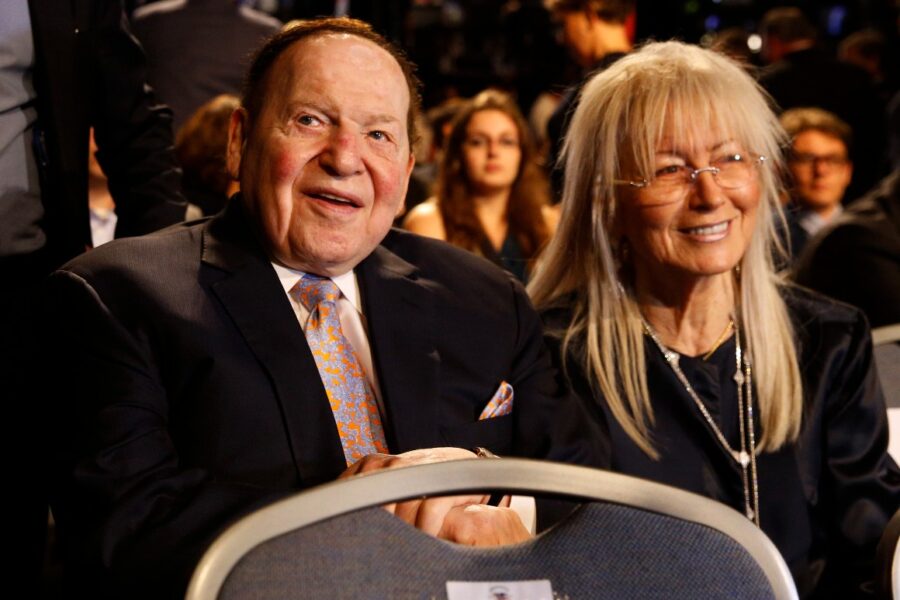 LAS VEGAS — Republican megadonor Miriam Adelson — the widow of casino mogul and longtime GOP kingmaker Sheldon Adelson — is staging a return to politics, positioning herself to be a force in the 2022 midterms and beyond.

Adelson, who with her husband formed the Republican Party’s most powerful donor couple for the last decade, quietly held meetings in her Las Vegas home with a select group of GOP leaders and potential 2024 presidential candidates in the last few days. It represents a coming out for the 75-year-old Adelson, who has kept a low political profile since her husband’s death in January, turning down requests for sit-downs with candidates and keeping her multibillion-dollar checkbook shut.

Those familiar with the discussions — which coincided with the Republican Jewish Coalition’s annual conference at the lavish, Sheldon Adelson-built Venetian hotel on the Strip — say they were designed to relay a straightforward message: Despite her husband’s death, Adelson plans to dole out big checks and be an influential player shaping the future of the party, which over the past decade has reaped more than a half-billion dollars of the family’s fortune. 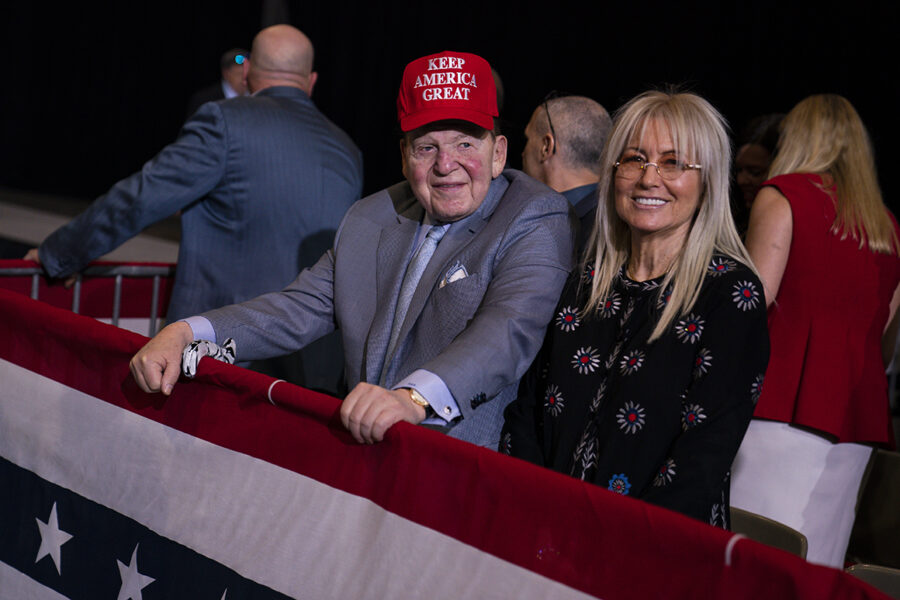 The ring-kissing underscores Adelson’s unmatched influence in megadonor circles. Over the past two decades, Adelson and her husband regularly cut seven-and-eight-figure checks that had the power to make or break Republican candidates. The Adelsons were the biggest donors to federal candidates and super PACs in three of the last five elections, according to the Center for Responsive Politics, a nonpartisan research group that tracks political giving.

But after Sheldon Adelson’s passing following a two-year battle with non-Hodgkin lymphoma, Miriam Adelson decided to pause her political giving. The decision, those close to the Israeli-born Adelson say, partly reflected her adherence to the Jewish faith, which dictates that followers observe a year of mourning following the loss of a loved one. In January, her husband was laid to rest in Jerusalem. 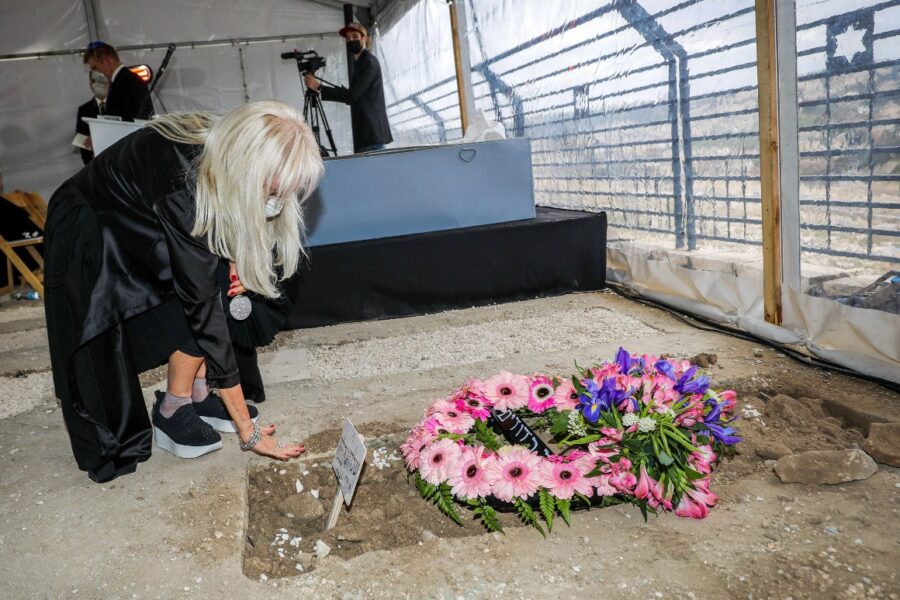 Adelson has also been focused on business matters, such as completing the $6.25 billion sale of the family’s Las Vegas properties, including the Venetian and Palazzo resorts. Adelson, who according to Forbes is worth over $30 billion, became the majority shareholder of the Las Vegas Sands Corporation following her husband’s passing. The company has begun shifting its focus from Las Vegas to expanding its operations in Macau and Singapore, and Adelson has been involved in her company’s efforts to establish a presence in Texas and Florida.

But at a dinner with a group of Senate Republicans this past May, Adelson assured those in attendance she planned to remain highly involved in political giving, according to a person familiar with the discussion. She reiterated the message in her meetings this week but refrained from making any specific financial commitments and stressed that she would wait until closer to the election to begin shelling out large donations.

Behind the scenes, she has remained in touch with other major Republican players. She has spoken several times this year with Senate Minority Leader Mitch McConnell, and she recently received a phone call from Trump.

While it was Sheldon Adelson who drew the lion’s share of headlines over the years, those close to the couple say Miriam Adelson was quietly a driving force in their political and business decisions.

A physician who oversees a drug rehabilitation clinic, Miriam Adelson shared her husband’s hawkish foreign policy views and his staunch support of Israel. Miriam Adelson, who was married to her husband for 30 years, also helped to orchestrate their political giving: It’s no accident, the family’s lieutenants say, that the husband-and-wife duo often split their donations evenly.

“She was the power behind the throne. Sheldon never did anything without Miriam. She was always at his side. She drove a lot of his initiatives,” said Houston-based Republican donor Fred Zeidman, a longtime Adelson family friend who attended the RJC conference. “They were inseparable.”

Miriam Adelson was largely absent from the gathering, with the exception being a Saturday evening appearance at a remembrance that was held for her husband.

In the weeks leading up to the conference, Adelson’s representatives were deluged with appeals from candidates who’ve been pining for face time with her, though many were turned away. Andy Abboud, the Adelson family’s longtime political gatekeeper, held separate meetings with other top Republicans who’d made the pilgrimage to Las Vegas.

The weekend gathering of the Republican Jewish Coalition served as a reminder of the Adelsons’ ongoing influence over the party. A line of would-be 2024 contenders recognized Sheldon Adelson, who was 87 years old at the time of his death, in their remarks. While Trump didn’t attend in person, he recorded a video in which he lavished praise on the couple.

Upon taking the stage, Cruz jokingly compared Sheldon Adelson to stars like Cher, Madonna and Prince.

“It says something,” Cruz quipped, “that he became a one-word name.”