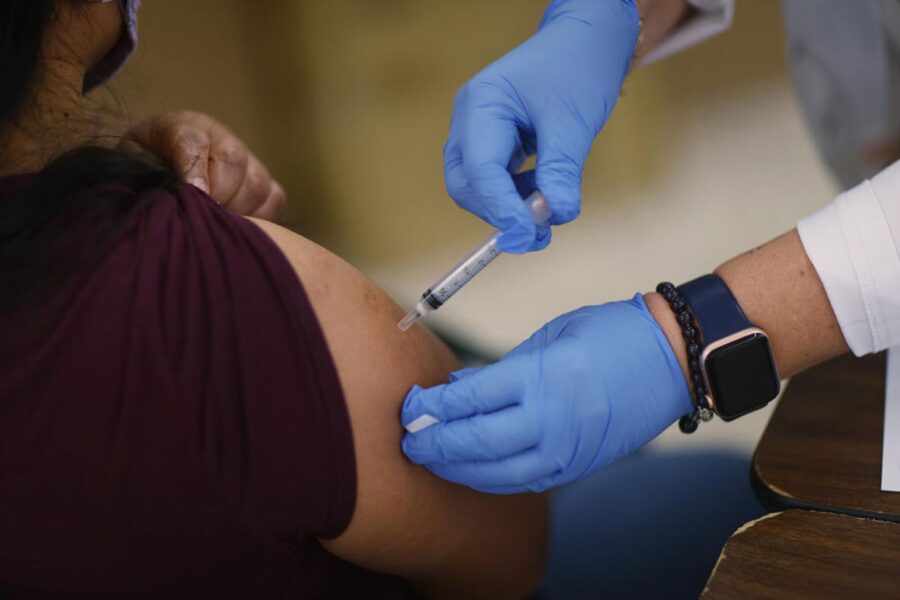 The Biden administration told a federal court Monday that a stay of its vaccinate-or-test requirement for private employers “would likely cost dozens or even hundreds of lives per day.”

Responding to a temporary stay imposed by the Fifth Circuit Court of Appeals on Saturday, the administration argued that the Occupational Safety and Health Administration was well within its authority to issue the requirements calling for employees at large businesses to be vaccinated against Covid-19 or tested weekly.

The suit that resulted in the temporary stay — led by Texas — is part of a legal and political onslaught against the mandate by mostly Republican governors and conservative groups, who argue it is unconstitutional, among other things.

The administration is also fighting opposition to its coronavirus measures on other fronts. A federal judge in Washington, D.C., on Monday refused a request by 18 federal employees and two Marines to halt enforcement of separate rules requiring the vaccination of federal workers and military personnel.

Attorneys for OSHA and the Labor Department told a panel of judges for the New Orleans-based Fifth Circuit that the states, businesses and religious groups that requested the stay of the private-business mandate aren’t likely to succeed given earlier court rulings, federal law and “the considerable evidence that OSHA analyzed and discussed when issuing” the requirement.

“Nor have petitioners shown that their claimed injuries outweigh the harm of staying a Standard that will save thousands of lives and prevent hundreds of thousands of hospitalizations,” the filing added.

It pointed to the surge in infections caused by the delta variant of Covid-19, saying that voluntary safety measures “proved ineffective” so OSHA had to step in.

“Far from calling into question OSHA’s assessments, the timing reflects OSHA’s determination, based on detailed and expert analysis, that this response is needed now to address a growing and current grave danger in the workplace,” the filing said.

The administration also argued there aren’t grounds for “emergency” relief because the effects of the mandate won’t be in place for another month.

The Labor Department released two new rules last week that will be enforced starting Jan. 4 — one requiring workers at businesses with more than 100 employees to be vaccinated or tested weekly for Covid-19, and another implementing a vaccine mandate for health care workers at facilities participating in Medicare and Medicaid. Together, the rules are expected to affect over 1 million workers.

At least a dozen legal challenges have been filed against the rule since it was announced.

The Fifth Circuit court judges temporarily blocked the rule over the weekend after finding the “petitions give cause to believe there are grave statutory and constitutional issues with the Mandate.”