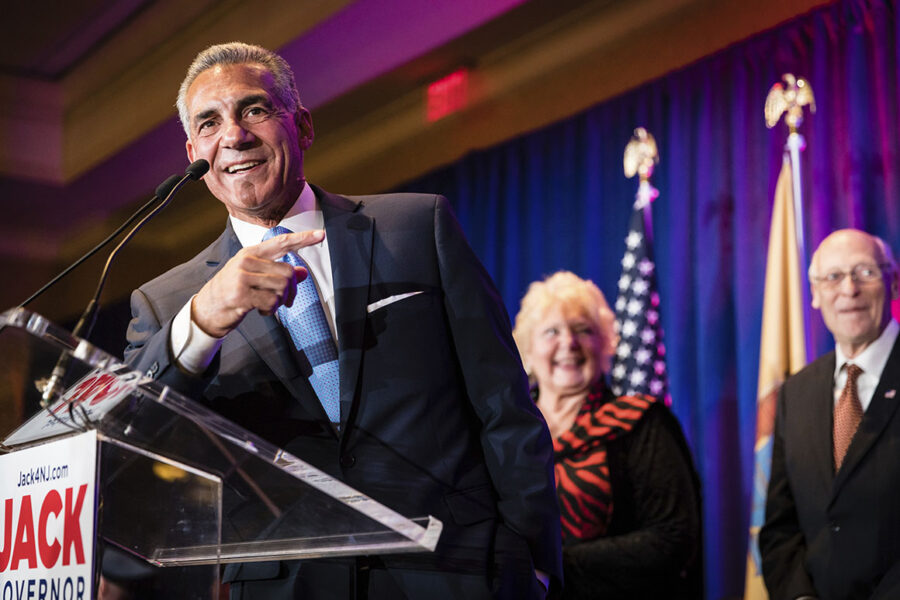 Jack Ciattarelli, the Republican candidate for New Jersey governor, plans to concede his narrow loss to incumbent Phil Murphy on Friday, two sources with knowledge of his plans tell POLITICO.

Ciattarelli has scheduled a press conference at 1 p.m. in his hometown of Raritan on Friday to “address the people of New Jersey about his campaign,” according to a press release.

Ciattarelli trails Murphy by 2.9 percent — or roughly 74,000 votes — according to the AP. Murphy, a Democrat, had been considered the runaway favorite for reelection and was leading in the high single digits in recent public polls.

A three-term former assemblymember who unsuccessfully sought the Republican gubernatorial nomination in 2017, Ciattarelli began his campaign nearly two years ago. Running with former state Sen. Diane Allen as his pick for lieutenant governor, he focused heavily on taxes and business closures he attributed to Murphy’s pandemic executive orders, while Murphy sought to tie Ciattarelli to former President Donald Trump.

Ciattarelli’s ads and campaign rhetoric frequently featured Murphy telling an audience that “if you’re a one-issue voter and taxes are your issue … we’re probably not your state.” New Jersey’s property taxes are consistently ranked among the highest in the nation. Ciattarelli campaigned on lowering them — something no recent New Jersey governor, Republican or Democrat, has managed to do — as well as overhauling the state’s school funding formula.

He also accused Murphy of disempowering local police by signing a law that restricted them from searching minors they suspect of possessing alcohol or cannabis.

And while Ciattarelli embraced some culture war issues — he attended a school board meeting in the heavily Republican township of Toms River to protest mask mandates — he eschewed campaigning with most national Republican figures and sought to downplay election conspiracy theories promoted by Trump, telling Republicans that the election “is not rigged here.”

Murphy’s campaign had criticized Ciattarelli for not conceding sooner, calling it an “assault on the integrity of our elections.” Officials with Ciattarelli’s campaign, however, said they wanted to see if could get within a 1 percent margin that they believed would warrant a recount.

Despite Ciattarelli’s loss, Republicans had a net gain of one seat in New Jersey’s state Senate, and defeated the chamber’s president, Sen. Stephen Sweeney (D-Gloucester). They also won up to six seats in the Assembly.

Ciattarelli’s closer-than-expected loss in a blue state that in recent years has trended even more Democratic makes him a potential future contender for statewide office in the future.