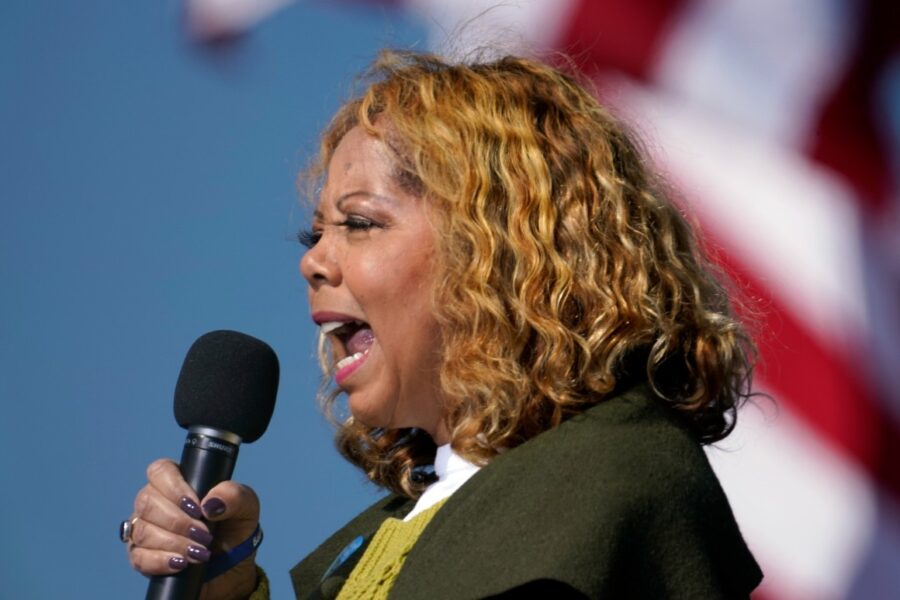 The awkward moment that Georgia Democrats have dreaded all year is finally here.

The state’s Republican-controlled legislature revealed a new congressional map on Wednesday that will claw back one of the two seats the party lost over the past three years, leaving only a single district for both of the delegation’s Democratic rising stars.

That marks the start of several weeks of uncomfortable tension and maneuvering for Rep. Lucy McBath, a gun-violence advocate who ousted then-GOP Rep. Karen Handel in 2018 a year after Handel won a blockbuster special election, and Rep. Carolyn Bourdeaux, the only Democratic candidate to flip a swing seat in an otherwise disappointing 2020 election for her party.

In an attempt to contain the explosion of Democratic-leaning communities of color in the northern Atlanta suburbs, the GOP proposal transformed Bourdeaux’s turf into something heavily Democratic, while making McBath’s seat much more Republican-friendly. Their goal: Take two Democratic-trending swing seats, and instead create one red district and one blue district. 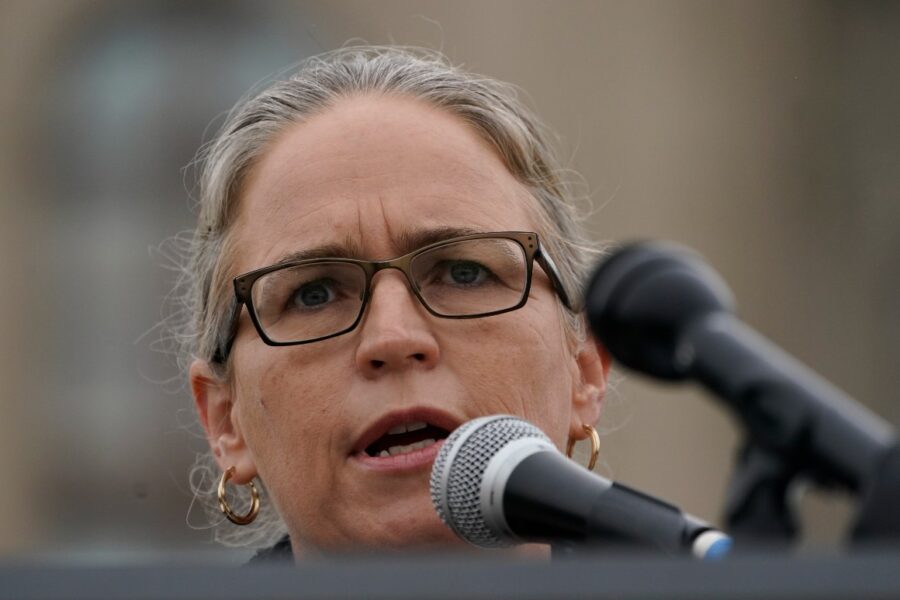 The most likely outcome in Georgia after the next election would be a one-seat gain for Republicans, who currently control eight of the state’s 14 seats. But in the immediate term, it could create a primary next spring between two incumbents angling for prominence in a state trending toward Democrats.

“Members being pitted against each other — It’s an unfortunate consequence of redistricting,” said Democratic Rep. Hank Johnson, who represents a majority-Black district southeast of Atlanta. “It could happen in Georgia.”

Their predicament is a classic redistricting math problem — two incumbents, one seat — but it’s also a little more complicated. GOP mapmakers placed the blue seat in Gwinnett County, a rapidly diversifying region that largely overlaps Bourdeaux’s current district, giving her a clear geographic advantage, though the congresswoman’s home now just narrowly falls in a different seat. But McBath, who’s in her second term to Bourdeaux’s first, has a larger political profile in Washington, D.C., and the Atlanta market, and she’s been a stronger fundraiser.

Bourdeaux made clear in a statement on Wednesday that she would be seeking reelection in the new 7th District, which the campaign estimates includes roughly 60 percent of her current turf.

“Over the past year, it has been an honor to represent Georgia’s 7th District in Washington,” she said. “The newly released congressional district map represents a majority of my current constituency. I look forward to being a voice for everyone in this new district as I continue serving our community.”

The 7th District also contains a slice of McBath’s current seat — but not her home in eastern Cobb County. In a statement Wednesday, her campaign slammed the “the NRA, and the Republican Party” who have made “eliminating Lucy McBath from Congress their top priority” in a “remarkably undemocratic process.”

McBath herself wrote in a tweet that the map “only strengthens my resolve to stay in Congress,” but she did not specify in which district she would run.

And the prospect of a clash looms.

McBath’s district has been transformed into one that former President Donald Trump would have carried by double-digits in 2020, stretching into the deep-red counties of Cherokee and Forsyth. If she wants to return to Congress in 2022, she will likely have to run against Bourdeaux in the new 7th District.

“I can’t comment on what she is going to do,” said Democratic state Rep. Bee Nguyen, who represents DeKalb County and is vice chair for constituency groups in the state party. “But what I will say is she is a well respected and well-liked congresswoman in Georgia. And when she won that 6th Congressional District, she made history, and she made herself a household name. So I see that she is going to continue to have a future in politics. It’s not going to be easy to get rid of her.”

McBath’s home in Marietta is about an hour’s drive from the nearest border of the 7th District, leaving her open to carpetbagging attacks if she ran there. But as a Black woman with a compelling personal story, she would be well poised in Democratic primary in a very diverse district like the new 7th.

A two-time breast cancer survivor, McBath became a national leader in the gun-control movement after her son Jordan was murdered in Florida in 2012 by a man who complained her son was playing music too loudly from his car. Fighting for federal gun-control laws has been a central tenet of her campaigns.

“Next week marks 9 years since my son was murdered,” she wrote in a tweet. “Today, Republicans released another draft map to draw me out of congress. This only strengthens my resolve to stay in Congress and fight for my son & those lost too soon.” 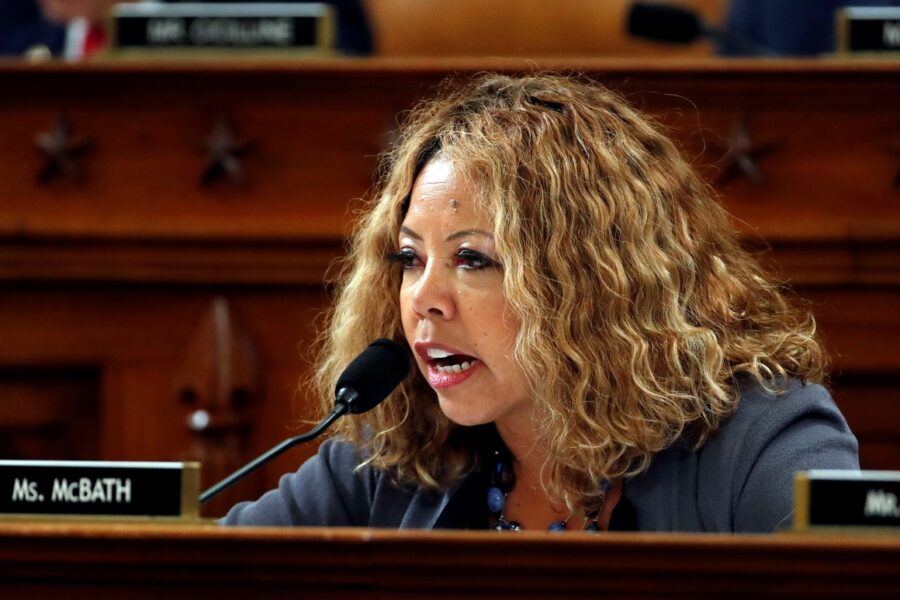 Regardless of what McBath decides to do, Bourdeaux is unlikely to escape a primary challenge from the left, in part, because she spent her first year in office burnishing her reputation as an outspoken centrist after beating her GOP opponent by only 3 percentage points last year.

Bourdeaux joined several other moderate Democrats in withholding support of House Democrats’ budget in August without a vote on the infrastructure bill. The move drew the ire of a number of progressive organizations and immigrant rights groups, who felt the congresswoman was standing in the way of vital funding to prove a political point.

“Democrats in Georgia are, across the board, I would say, from progressive organizations to voters on the ground, very disappointed with Carolyn Bourdeaux,” said Nabilah Islam, a Democratic strategist and former DNC fundraiser who finished third in a 2020 primary against Bourdeaux. She said earlier this week that she hasn’t ruled out a rematch in 2022.

The new map is hard for Democrats to stomach because the districts won by McBath and Bourdeaux were a testament to the changing suburban population that won them the House in 2018 and helped them keep it 2020.

Ten years ago, Republicans cracked Democratic voters north of Atlanta between Bourdeaux’s 7th District and McBath’s 6th District, pairing them each with other red counties. But some strategists worried they wouldn’t remain reliably Republican throughout the decade — and ultimately, they were right.

Mitt Romney carried both seats by over 20 points in 2012. By 2020, now-President Joe Biden won both, and Democrats bested Republicans at the congressional level as well. The restraint shown by Republican mapmakers in this redistricting — that they are ceding one seat to Democrats instead of trying to eliminate more blue seats — is a sign of the power of Black and Asian voters and the demographic destiny of the state.

“There was consideration paid to 2028 and 2030,” said Brian Robinson, a longtime Georgia GOP operative. “They wanted to create one that will last.”

Cobb, Fulton, DeKalb and Gwinnett counties are the Atlanta metro area’s most populous and were key to Democrats’ success in 2020. The new maps in the region, particularly in Cobb and Gwinnett counties, extend into more Republican-friendly areas, a move that some on the left say dilutes the political power of key Democratic constituencies.

Members of Congress don’t need to reside in the district they represent. McBath moved to Georgia in 1990 and has lived in Marietta since 2008, which is in Cobb County. Bordeaux moved to her Gwinnett County home in Suwanee ahead of her first run in 2017 against then-GOP Rep. Rob Woodall, securing a house in the district shortly before she filed her candidacy.

Still, Bourdeaux, a policy wonk who served as the budget director for the Georgia state Senate, has now run twice in the district and won multiple hard-fought primary contests.

In 2018 she beat Democrat David Kim twice in a primary and a runoff for the nomination to take on Woodall. She lost the general election by fewer than 500 votes before reversing that fate after Woodall retired rather than face her again. McBath, meanwhile, easily bested Handel again in a 2020 rematch.

“I wish them the best,” Rep. David Scott (D-Ga.) said earlier this week when asked about their 2022 prospects. “They’re good members.”