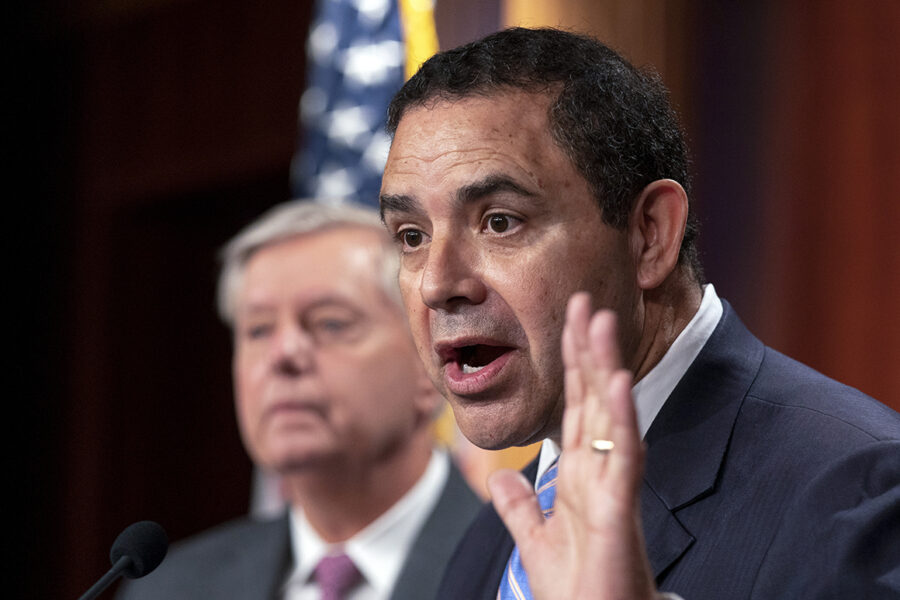 All signs point to a GOP advantage in the 2022 midterms, but new private polling found that the Republican edge may be growing larger than expected.

Significantly, the districts are similar in their longtime blue lean. Three are currently represented by House Democrats, none of whom are on the Democratic Congressional Campaign Committee’s list of most vulnerable members: Rep. Kurt Schrader (D-Ore.), who represents a large chunk of central Oregon; Rep. Henry Cuellar (D-Texas) represents a heavily Latino strip of south Texas; and Rep. Frank Mrvan Jr. (D-Ind.) is in the northern Indiana seat, which includes metropolitan Chicago suburbs. Mrvan’s district is one of the longest continuously blue seats in the country, having not elected a Republican to Congress in 90 years.

The fourth is Colorado’s 8th District, a brand-new seat in redistricting that stretches from suburbs north of Denver into rolling farmland. It’s already drawn several candidates in both parties.

The poll, exclusively obtained by POLITICO, falls in line with a slate of recent public polls that show Biden’s popularity dropping precipitously, while Republicans gain wider advantages among independent voters. A Washington Post-ABC poll released earlier this week found that 51 percent of registered voters backed a generic Republican congressional candidate, if the elections were held today, the highest number ever for the GOP in the 40-year history of this question being posed.

The generic ballot average of all polls is significantly closer right now, according to FiveThirtyEight, with Republicans holding a slim advantage. But the movement in the GOP’s direction also reflects the erosion in Biden’s popularity in the Virginia and New Jersey elections earlier this month, where Democrats saw double-digit swings against them in both states.

“The environment is so toxic for them right now, and if things continue where they are, we are undoubtedly looking at a 1994 or a 2010,” said Robert Blizzard, who conducted the poll, citing two other wave GOP years.

Even so, the Democratic Congressional Campaign Committee presented its own private polling on Wednesday to members, showing that they were down just 2 points in generic head-to-heads, a small improvement from the party’s own internal polling in July showing a 6-point deficit to Republicans.

The new GOP survey was paid for by a pair of groups: The Coalition to Protect American Workers, run by Marc Short, a Trump administration alum; and N2 America, led by Liesl Hickey, a Republican strategist who served as executive director of the National Republican Congressional Committee. The survey, conducted by Public Opinion Strategies, interviewed 600 registered voters across four House districts with a margin of error of plus or minus 4 percentage points.

Build Back Better, the president’s signature legislation that’s working its way through Congress, is also not popular in these four districts, according to the survey. A majority of voters, 52 percent, said they opposed the bill, while 41 percent said they supported it.

But other public polling has shown that Biden’s bipartisan infrastructure bill, which he signed on Monday, is supported by 63 percent of voters nationally, per The Washington Post-ABC poll.