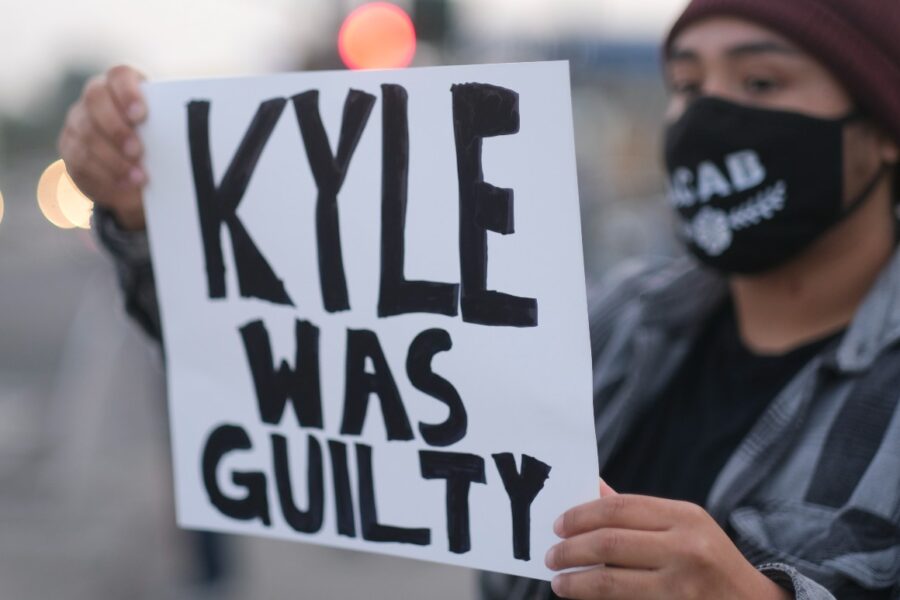 The Kyle Rittenhouse case, while not overtly about race, lay bare the imbalances and imperfections of the judicial system. But it also did something else, legal scholars say: It fundamentally changed the culture of protest.

Rittenhouse’s acquittal, scholars say, sends a signal to those who want to take up arms to defend property or attend politically or racially charged events: There is legal ground for you to use your weapon. Just claim fear.

Those protections though likely will not extend to everyone.

“I don’t have to tell you this, there is no set of circumstances, no reading of the law, no rendering of the imagination, in which a Black person could get away with this,” said Cornell William Brooks, former president and CEO of the NAACP, who now teaches at Harvard University.

“What this case says legally may be good for Kyle Rittenhouse. What it says culturally is dangerous in terms of racialized violence.”

Social media ignited with reactions split along familiar partisan divides: Those who saw Rittenhouse, 18, as a patriot and a champion of second amendment rights, rejoiced. Others pointed to the case as yet another example of guns and vigilantism further eroding our public and political discourse.

A Wisconsin jury spent two weeks listening to testimony and viewing scores of video evidence surrounding the August 2020 night where Rittenhouse, who is white, fatally shot two white men, Joseph Rosenbaum and Anthony Huber with an AR-15 style rifle. He also shot a third man, Gaige Grosskreutz, who survived. (Grosskreutz, who is also white, testified that he was pointing his gun at Rittenhouse when the teen shot him.)

The Rittenhouse case became a flash point in the national discussion over guns, who gets to appoint themselves agents of the law and racial justice in the U.S.

The verdict, legal scholars say, may be seen as a license for others to emulate Rittenhouse and fashion themselves as makeshift officers of the law.

“A concern about this verdict is that it will authorize other counter protesters to attend marches and act as the vigilante police,” said Paul Butler, a Georgetown law professor and former federal prosecutor.

Rittenhouse, who was 17 at the time of the shooting, claimed to have left his home in nearby Antioch, Ill., crossing state lines to defend businesses and property in Kenosha that were being destroyed in demonstrations. He also claimed to be a medic, though he has no formal training and carried a weapon authorities said was obtained illegally. 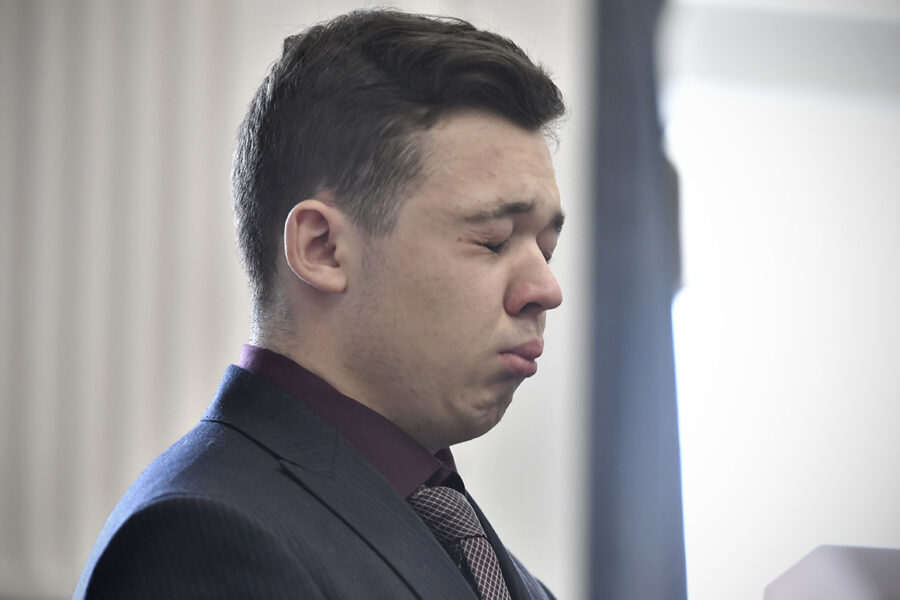 In the end, none of that mattered. A jury acquitted him of all five charges including the most serious one — first-degree intentional homicide — which could have meant a life sentence.

Butler says there’s a throughline from the armed vigilante presence in Kenosha unrest to the Jan. 6 attack by supporters of former President Donald Trump, who at his urging, sought to stop the certification of now-President Joe Biden’s electoral college victory.

“We saw that in Kenosha, and we saw it in the United States Capitol on January 6. There are reasons to be concerned that violence is infecting political discourse,” Butler, a former federal prosecutor said.

From the start, the case also exposed the deep partisan divide over guns and the Second Amendment.

As a presidential candidate last year, Biden equated Rittenhouse to a white supremacist. Now, the current occupant of the White House acknowledging his frustration with the verdict, attempted to project calm.

“While the verdict in Kenosha will leave many Americans feeling angry and concerned, myself included, we must acknowledge that the jury has spoken,” Biden said in a statement on Friday, urging Americans to “express their views peacefully.”

“Congratulations to Kyle Rittenhouse for being found INNOCENT of all charges. It’s called being found NOT GUILTY— And by the way, if that’s not self defense, nothing is!”

Rep. Jerry Nadler (D-N.Y.), chair of the Judiciary committee, on Twitter decried the verdict, saying it created a “dangerous precedent which justifies federal review by DOJ.”

House Republicans Matt Gaetz of Florida and Madison Cawthorn of North Carolina praised Rittenhouse and offered him internships in their offices. Rep. Paul Gosar of Arizona, who was censured and stripped of his committee assignments this week by House leadership for posting an anime video of him committing violence against a Democratic colleague, said by he too wants Rittenhouse to work in his office.

“I will arm wrestle @mattgaetz to get dibs for Kyle as an intern,” Gosar tweeted.

“If you needed yet another example of the two justice systems at work in America, look no further than the delayed arrest, spectacle of a trial, and acquittal of Kyle Rittenhouse,” Crump said in a statement.

He also referred to Rittenhouse as “a racist, homicidal vigilante.”

Wisconsin politicians also weighed in on the verdict.

Republican Sen. Ron Jonhnson, who is white, tweeted that “justice has been served.”

The state’s lieutenant governor, Mandela Barnes (D), who is Black and seeking to replace Johnson in the Senate countered, “The enabling and empowerment of vigilantism, plus the sheer effort to defend the taking of life, is not something we should ever be comfortable with.”

This trial, and the ongoing trial in Brunswick, Ga., are seen as litmus tests for the nation’s divergent attitudes towards armed white men deputizing themselves as informal agents of the law.

In the Georgia case, three white men are standing trial for the murder of a Black jogger, Ahmaud Arbery. The men suspected Arbery of burglarizing homes in their neighborhood. Closing arguments in that case are slated for Monday.

Still others see the Rittenhouse verdict as further evidence cultural and political civility have sunk to new lows.

“There’s no way to get around … the intimidating factor of white men dressed in paramilitary garb with automatic weapons,” said Steven Wright, a law professor at the University of Wisconsin-Madison.

Joseph Rosenbaum’s presence at demonstrations that initially began as anti-police brutality protests complicates the race narrative, he adds. It is not clear Rosenbaum had allegiance to either the pro-Blake demonstrators — or those right-wing groups who converged on Kenosha to defend property from being destroyed.

At the trial, defense attorneys painted Rosenbaum as an aggressor who tried to take Rittenhouse’s gun, adding their client, fearing for his safety, acted swiftly, perhaps even preventing further bloodshed.

He also anticipates the verdict, and the politicized reaction to it, will spur debate in statehouses over the legal considerations surrounding self-defense and provocation.

“I suspect in many states, this will invite people to reconsider what self-defense is, the same way that after Trayvon Martin, we had big discussions about ‘Stand your ground,’” Wright said.

“Obviously, that’s going to invite a lot of conversation [and] that conversation is generally very polarized.”