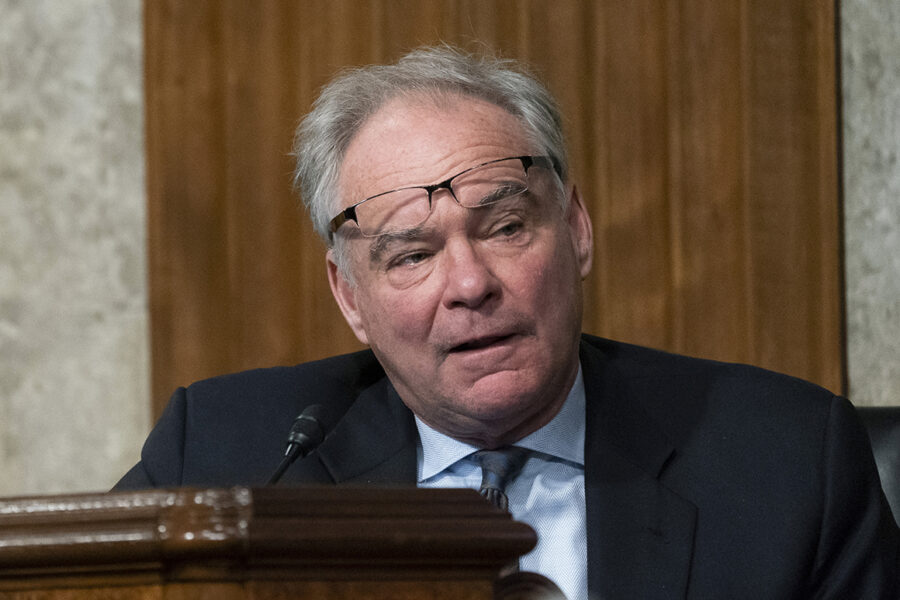 HALIFAX, Nova Scotia — If “America is back,” someone forgot to tell America’s allies.

At a major national security conference this weekend designed to rally the world’s democracies against autocratic forces, critics fired away at China, Russia and other backsliding nations. Yet some of the harshest words were reserved for the U.S., in what turned into a therapy session of sorts for high-ranking diplomats and officials, both current and former.

From Afghanistan to the Jan. 6 insurrection to congressional paralysis, attendees expressed their fears and doubts about the health of American democracy and questioned Washington’s commitments to countering Beijing or Moscow. It turned the 2021 Halifax International Security Forum into less of a celebration of President Joe Biden’s agenda and more of a global intervention for a nation in crisis.

Malcolm Turnbull, Australia’s prime minister from 2015 to 2018, replied, “We are,” when asked in an interview if allies are worried about the United States.

“The U.S. is by far the most important of the Western democracies. … We all have a vested interest in the health of American democracy. So, yeah, I think it is a real concern,” he said.

A bipartisan group of six senators in attendance — three Republicans and three Democrats — will now carry the message they heard loud and clear back to Washington, where hyperpartisanship is already putting key national security priorities at risk as the threats emanating from great powers have crystallized.

“I do feel like there’s no ground for cockiness. Sometimes a little bit of humility actually enables you to make better connections with other nations because we’re not really in a position to lecture,” Sen. Tim Kaine (D-Va.), a member of the Senate Foreign Relations and Armed Services committees, said in an interview. “We are in a position to dialogue, share experiences, share best practices, acknowledge areas where we have to work together.”

“We can’t really go and lecture” other countries about political unrest and corruption, Kaine added. “But that actually sometimes means the conversations are more candid and a little more authentic and a little more productive.”

This year was the conference’s first gathering since Donald Trump left office and Biden took over with a renewed pledge to build the strategic alliances that his predecessor often shunned. It was supposed to be a coming-out party for the U.S. after four years of anti-democratic moves by Trump that shook allies. But in the 10 months since Biden took office, the U.S. has confronted cascading crises at home and abroad that have caused Western allies to question America’s promises.

A major focus of the three-day conference was the U.S. withdrawal from Afghanistan, which many foreign officials here saw as a betrayal of Washington’s commitment to the country’s struggling democracy. Sabrina Saqeb, a former member of the Afghan parliament, told an audience, “We have been sold out to terrorists.”

“There is an acknowledgment by the members of our delegation that the United States has let partners down in a number of aspects,” including in Afghanistan, Sen. Joni Ernst (R-Iowa), an Armed Services Committee member and a combat veteran, said in an interview. She added that the U.S. has to work on “upholding our commitments.”

Some of those crises were brought up organically by the lawmakers themselves. During panel events, Kaine and Sen. Chris Coons (D-Del.) talked about the Jan. 6 attack on the Capitol and its impact on American democracy. Specifically, Kaine said the U.S. has a problem with its “immune system,” which he characterized as America’s ability — or lack thereof — to respond to strains on its democracy.

Coons, meanwhile, said the best way for the U.S. to counter China’s worsening predatory behavior — a major focus of the conference — is to “take decisive actions to heal our own democracy.” He said the Jan. 6 attack “emboldened Xi Jinping, Vladimir Putin, autocrats around the world, those who wish us ill.”

“Other nations’ heads of states or ministers of foreign relations often bring up their concerns about the state of our democracy and the impact for them of Jan. 6,” Coons said in an interview. “So I think it’s completely appropriate to bring it up, and I frankly think there’s a lot more specific work that we need to be doing to strengthen our civic culture.”

Turnbull, the former Australian prime minister, is in full agreement. Misinformation and extremism on the American right “led to the attack on the Capitol. That led to an attempted coup,” he said. “The rest of the world looked at January the sixth and was shattered.”

“When you see the absolute essential foundations of the democracy being challenged from within, and where you see a political party, the Republican Party — not all of them, but many of them — actually challenging the constitutional institutions on which this great democracy of well over two centuries depends, that’s what really undermines public international faith in American democracy,” Turnbull continued.

Some also expressed doubt that the U.S. would act to stop aggressive actions by autocrats, namely the massing of Russian troops on Ukraine’s border.

Petro Poroshenko, Ukraine’s president from 2014 to 2019, said in an interview that the West — led by the U.S. — needs to send more “lethal defensive weapons” to his country, push for Ukraine to become a member of NATO, reverse its stance on the Nord Stream 2 Russia-to-Germany pipeline, and target Moscow with tougher sanctions. If the U.S. and its allies fail to make these moves, it would “increase the probability” of Putin launching a second major incursion of Russia’s neighbor. 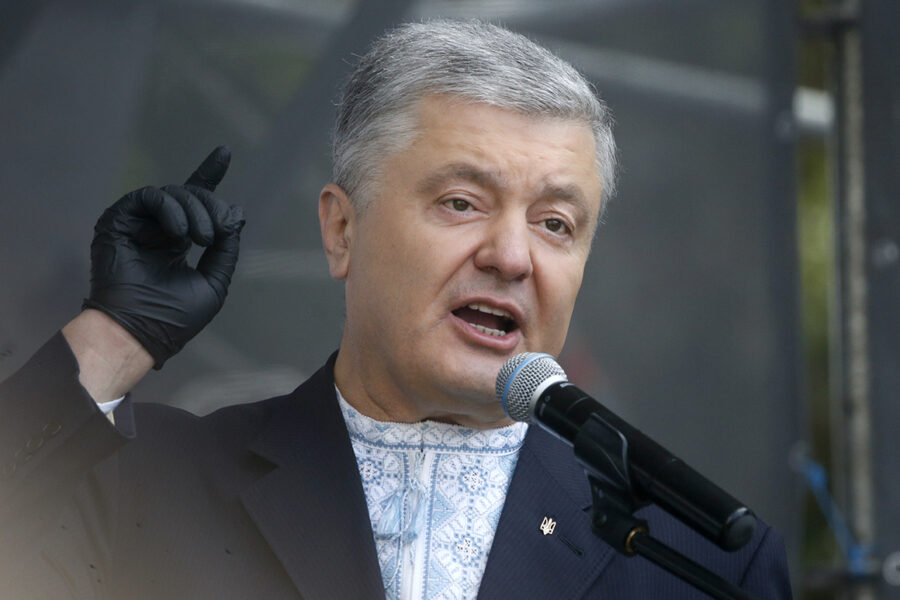 Europeans are also increasingly concerned that the American turn toward the Indo-Pacific, and competing with China in the region, will pull Washington’s gaze away from Europe.

The idea of an emerging “strategic autonomy,” even if still ill-defined, has taken hold in NATO deliberations about how to deter and contain Russia.

“I think strategic autonomy is about the fact that in Europe, there needs to be more military capabilities available that are now only available in the U.S.,” Adm. Rob Bauer of the Netherlands, head of NATO’s Military Committee and the alliance’s highest-ranking military officer, told a small group of reporters on the sidelines of the event.

“If the European nations and Canada are able to take on some of the roles that now only the U.S. can take on because of its capabilities, then the U.S. would be able to prioritize and do more in the Indo-Pacific,” Bauer said.

The senators will now return to Washington after the Thanksgiving recess staring down several time-sensitive agenda items.

Congress is already at risk of failing to pass a defense authorization bill for the first time in six decades — a concern that foreign counterparts expressed directly to the lawmakers here. And Senate leaders are hoping to confirm Biden’s diplomatic nominees who have been the subject of a GOP-led blockade that is preventing swift confirmation of more than 50 nominations.

Sen. Jim Risch of Idaho, the top Republican on the Foreign Relations Committee, was asked about the blockade here and said he was working to break it, adding: “I was a governor. I understand you have to have a team in place in order to govern.”

Lawmakers were especially concerned about the impression that they are unable to work together to help solve pressing challenges. Sen. Jeanne Shaheen (D-N.H.), who co-led the Senate delegation alongside Risch, said there are “legitimate questions based on what people are reading” about tensions between Republicans and Democrats back in Washington.

“We haven’t seen folks in almost two years,” Shaheen said in a brief interview. “And so I think it’s not unexpected.”