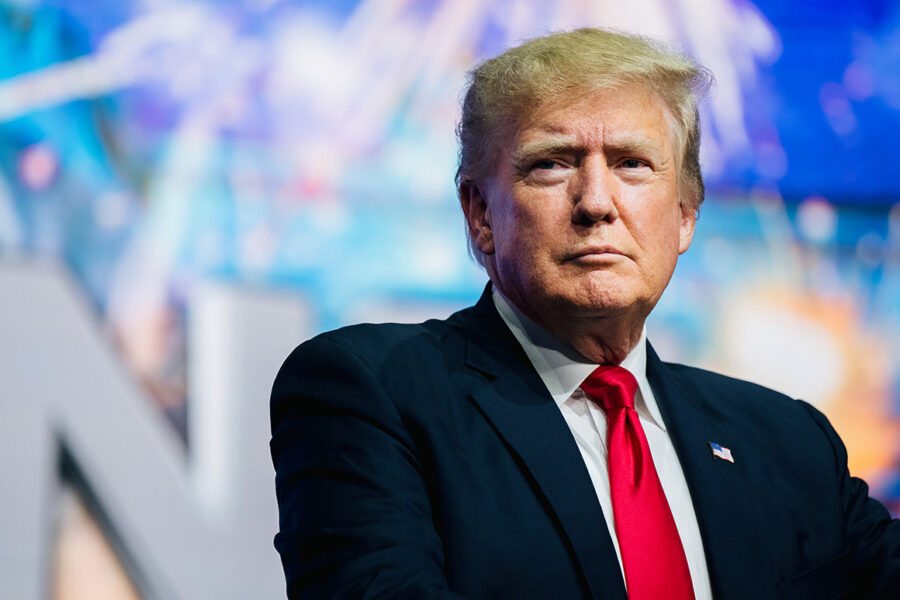 Judge Trevor McFadden, a Trump appointee to federal district court in Washington, said Trump was “wrong on the law” and that Congress is due “great deference” in its inquiries.

“Even the special solicitude accorded former Presidents does not alter the outcome,” McFadden wrote in a 45-page ruling. “The Court will therefore dismiss this case.”

The ruling is a boost for the House Ways and Means Committee, chaired by Rep. Richard Neal (D-Mass.), which has been seeking Trump’s tax returns since the middle of 2019. Neal reissued the request after Trump left office earlier this year, saying the returns are necessary for a potential reform of the IRS program that audits presidential tax returns annually. But Trump has fought the request, claiming Neal’s stated purpose was really a pretense for seeking to exact political punishment.

In his ruling, McFadden seemed to discourage Neal from making Trump’s tax information public. But the judge said it was not his role to stop the lawmaker from taking that step.

“Anyone can see that publishing confidential tax information of a political rival is the type of move that will return to plague the inventor,” the judge wrote. “It might not be right or wise to publish the returns, but it is the Chairman’s right to do so. Congress has granted him this extraordinary power, and courts are loath to second guess congressional motives or duly enacted statutes. The Court will not do so here and thus must dismiss this case.”

McFadden ordered the Biden administration not to turn over the records to the House in the next 14 days. The judge urged both sides to reach an agreement to govern the records during an appeal, but said that if they cannot agree, Trump’s lawyers can ask the D.C. Circuit Court of Appeals for relief.

McFadden seemed to credit the former president’s concerns that House Democrats wanted to obtain the tax returns for the purposes of harming Trump politically. He pointed to a string of comments by Democrats, including Neal and Speaker Nancy Pelosi, to suggest that, at best, Democrats’ motives for obtaining the returns seemed “mixed.”

“Ultimately, though, these statements are irrelevant to the Court’s analysis,” McFadden wrote. [T]he Supreme Court’s precedents analyze whether Congress has a valid legislative purpose, not whether that is the only purpose.”

The significance of the House’s drive to obtain Trump’s tax records has likely diminished in the two-and-a-half years since Neal sought them formally in April 2019, citing a federal law that affords the House Ways and Means Committee chair special power to demand tax returns from the IRS.

For much of that time, Trump was also fighting to keep his tax returns and other records from the Manhattan district attorney’s office, which sought them through a grand jury subpoena in connection with an investigation into various fraud allegations involving the Trump Organization.

However, after a lengthy court battle, Trump’s accountants turned those records over to the Manhattan prosecutor in February of this year. Unlike Neal, the prosecutors are forbidden by law from releasing those records publicly because they were obtained as part of a grand jury probe.

McFadden noted Neal’s decision to change the scope of the committee’s inquiry when he reissued his request for the returns this year. While the 2019 request sought returns for tax years 2013 to 2018 — much of which occurred before Trump’s presidency — the new request stretches from 2015 to 2018, encompassing Trump’s presidency plus an extra year on either side.

“The Court agrees with the Federal Parties that returns from those other years could further the Committee’s study of the Program,” McFadden ruled. “Like an audit of any other taxpayer, a presidential audit can extend beyond a current return to “related returns” from other years.”