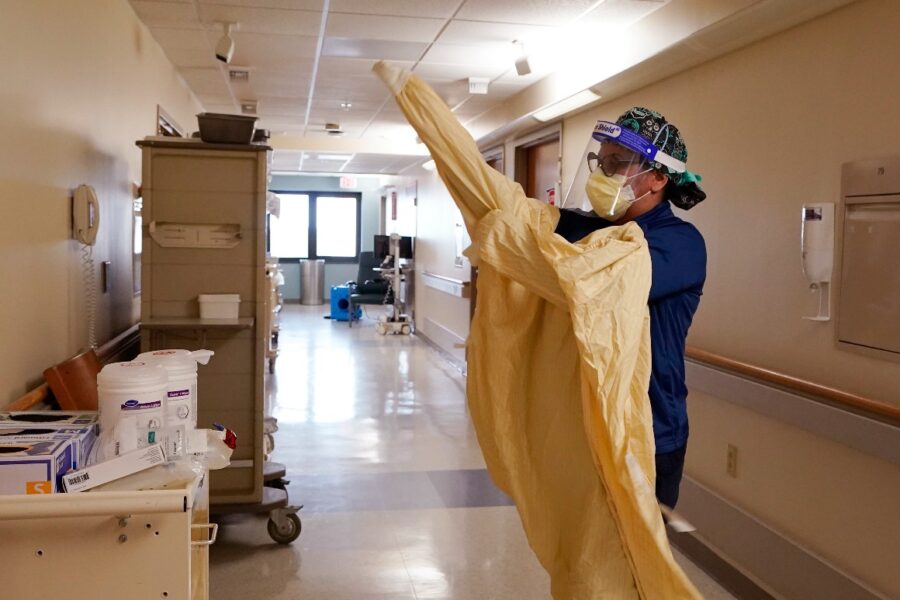 The rate of growth in U.S. health care spending more than doubled in the first year of the Covid-19 pandemic, leaving the medical system accounting for just less than a fifth of the U.S. economy at the end of 2020, according to a federal report released Wednesday.

Spending on health care rose 9.7 percent last year, up from 4.3 percent increase in 2019 — the fastest year-over-year jump since 2002, according to the Centers for Medicare and Medicaid Services’ office of the actuary. Nearly the entire increase came from the burst of federal spending as the government mobilized to contain the spread of the virus.

The surge came while the overall economy contracted by 2.2 percent, the government researchers wrote in the journal Health Affairs. Federal spending in categories like assistance to health care providers, public health programs and Medicaid payments jumped 36 percent last year, accounting for nearly all of that increase.

“The substantial growth in health care spending was … driven by the unprecedented government response to the global pandemic,” Micah Hartman, a statistician in the actuary’s office, said in a statement.

Key highlights: Federal programs such as the Provider Relief Fund and Paycheck Protection Program, which were designed to help compensate health care providers for lost revenue and increased costs due to the pandemic, made up much of the increased spending.

Coverage changes: Pandemic-induced job cuts resulted in 2.3 million fewer people covered at work. Meanwhile, 3.7 million people signed up for Medicaid, while another 600,000 enrolled in Obamacare markets. The 5.1 percent growth in Medicaid enrollment was the biggest rise since 2015.

How insurers spent 2020: The pandemic reduced the number of office visits and elective procedures. As a result, private health plans spent 3.5 percent less than in 2019 on medical goods and services. The health plans still accounted for more than a quarter of total U.S. health spending.

Out-of-pocket costs: Out-of-pocket spending dropped by 3.7 percent last year — the first since the 2009 financial crisis — as people used less health care. The drop was also caused by the little to no cost-sharing requirements for Covid-19 testing and treatment last year.