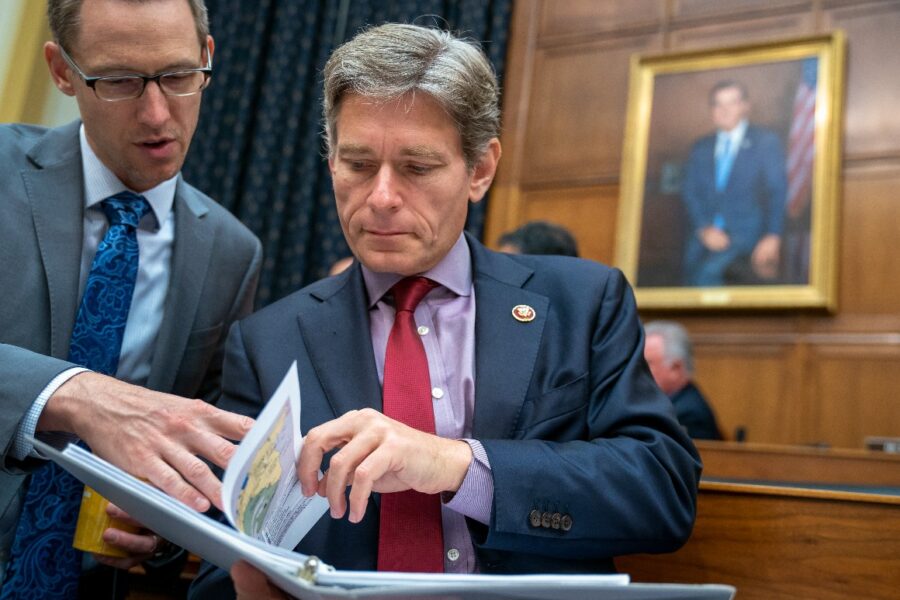 TRENTON, N.J. — New Jersey Democrats prevailed Wednesday in the state’s congressional redistricting process, convincing a tiebreaker to side with their proposed map over the one submitted by Republicans.

While a victory for Democrats, who have dominated the state’s House delegation since midway through the Trump administration despite working under a map drawn by Republicans, they still made a sacrifice that could make it more difficult for the party to hold its slim majority in Congress.

Barring a massive wave election for either side, Democrats’ 10-2 majority in the New Jersey delegation is likely to shrink to 9-3 under the new map. That’s because the state’s 7th District, represented by Rep. Tom Malinowski, will shed Democratic areas to the benefit of three other previously-vulnerable Democratic incumbents.

New Jersey redistricts through a commission that includes six Democratic appointees, six Republican appointees and a tie-breaker who is selected by the state Supreme Court.

Just before the vote on Thursday morning at the New Jersey Statehouse in Trenton, the tiebreaker, John Wallace Jr., former state Supreme Court justice and registered Democrat, said the Democratic and Republican proposals all met constitutional standards, complied with the Voting Rights Act and took most of his priorities into account, like making districts as compact as possible.

The only advantage the Democrats’ map had, Wallace said, was “partisan fairness.” However, Wallace said he didn’t base his decision on that factor.

“In the end, I decided to vote with the Democratic map simply because in the last redistricting, the map was drawn by Republicans,” Wallace said, an admission that shocked some New Jersey political insiders. “Democrats should have the opportunity to have their map used in the next redistricting cycle.”

Wallace was one of several Democratic recommendations to the state Supreme Court, which selected him after Chief Justice Stuart Rabner failed to get the two parties to agree on a tie-breaker.

The Republicans’ redistricting chair, Doug Steinhardt, blasted Wallace, saying he acted from the beginning as a “seventh Democrat” on the commission, but poured more scorn on one of his advisers, Sam Wang, a neuroscience professor who leads the Princeton Gerrymandering Project.

Steinhardt pointed to a 2018 tweet in which Wang said “it seems likely that between one-third and one-half of current Trump supporters meet a reasonable definition of racist” and that “the rest are okay with racists in their coalition.”

“The moment hyper-partisan, Democrat Professor Sam Wang and his Princeton Gerrymandering Project were hired as advisers by the Democrat thirteenth member, Republicans and, more importantly, the millions of New Jerseyeans who wanted influence in the State’s federal elections, were unceremoniously boxed out of the decision-making process,” Steinhardt said in a statement.

Wang, who will also advise the tie-breaker on a commission that will redraw state legislative boundaries by March, did not immediately respond to an email seeking comment. He told POLITICO earlier this month that he does not belong to a political party and that “my team at Princeton, which is committed to nonpartisan analysis, uses objective, data-based standards.”

“I can tell you from our perspective as Democrats, Justice Wallace and his team were fair, unbiased, were challenging in terms of what they were asking for, set out clear standards and held to them,” she said.

Smith, who’s lived primarily in suburban Virginia for much of his 40-year tenure, told New Jersey Globe he would run in the reconstituted 4th District.

Two other vulnerable Democratic members of the delegation — Reps. Mikie Sherrill and Josh Gottheimer — also get substantially more Democratic districts. At the same time, Democratic Rep. Bill Pascrell’s district in northern New Jersey gets a little less Democratic, trading some Bergen County towns with Gottheimer. That change, however, is likely not enough to make him vulnerable to a Republican challenger.

Rep. Jeff Van Drew, a Democrat-turned-Republican who became a loyalist to former President Donald Trump after he hemorrhaged Democratic support for refusing to vote to impeach him, gets a safer Republican district in South Jersey. 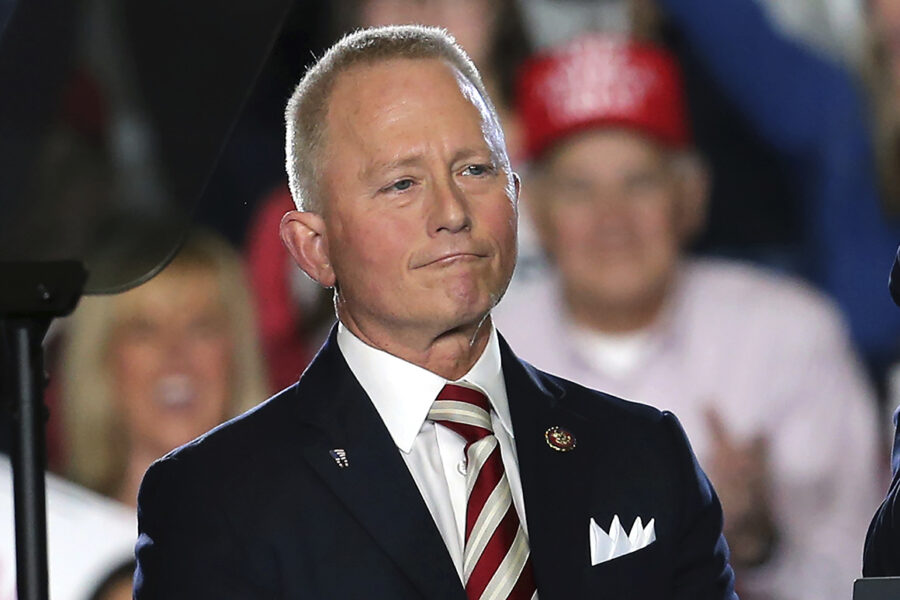 Malinowski’s redrawn 7th District could pave the way for Kean Jr. — son of the popular former New Jersey governor and scion of a centuries-old political dynasty — to enter Congress.

Malinowski’s narrow 2020 victory, along with a a House Committee on Ethics inquiry into his late reporting of stock trades, made him an obvious candidate for Democrats to throw overboard. Seeing that coming, his supporters flooded several redistricting hearings, urging commissioners to keep his district largely unchanged.

A spokesperson for Malinowski did not immediately respond to an email seeking comment.