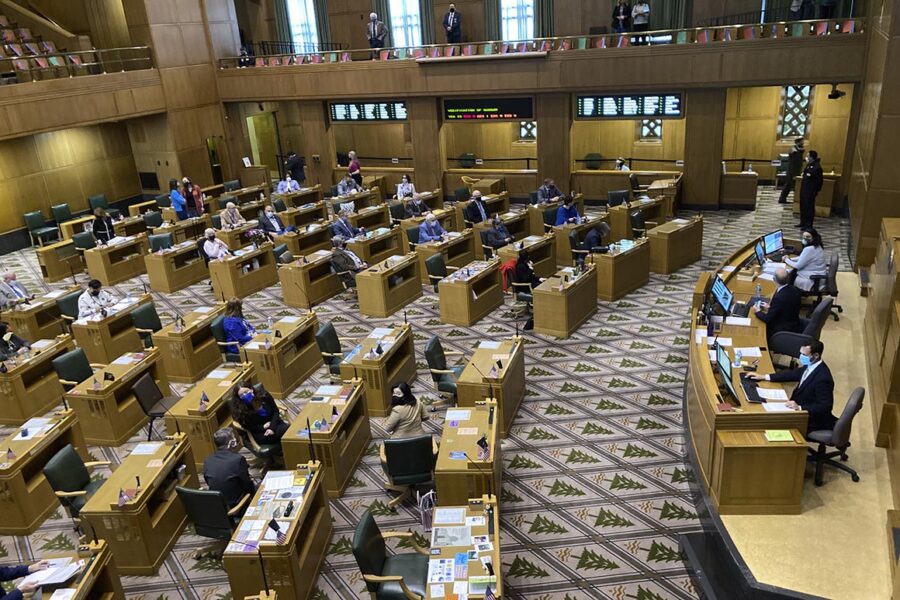 Andrea Salinas helped Oregon Democrats muscle through a favorable new congressional map this fall as the chair of her state House’s redistricting committee.

Then, just weeks later, she declared a run for one of the new seats she helped create — a maneuver that did not go unnoticed.

“What I know about Oregonians, they like fairness. And they like it when their elected leaders and their public officials are fair,” said Loretta Smith, a former county commissioner and Salinas’ opponent in the Democratic primary for Oregon’s 6th Congressional District. “People don’t like insider trading, right?”

It’s a quirk of the decennial redistricting season: State legislators, in charge of drawing new maps, can draw a district for themselves or for their friends. The process is already inherently self-interested — lawmakers routinely draw maps for the benefit of their party — but in some cases, these politicians are working in their literal self-interest.

Besides Oregon, the co-chair of the committee tasked with Ohio’s redistricting is now challenging Democratic Rep. Marcy Kaptur. And in Missouri, Pennsylvania and North Carolina, state lawmakers on redistricting committees are also considering runs for Congress under maps they have or could help craft. 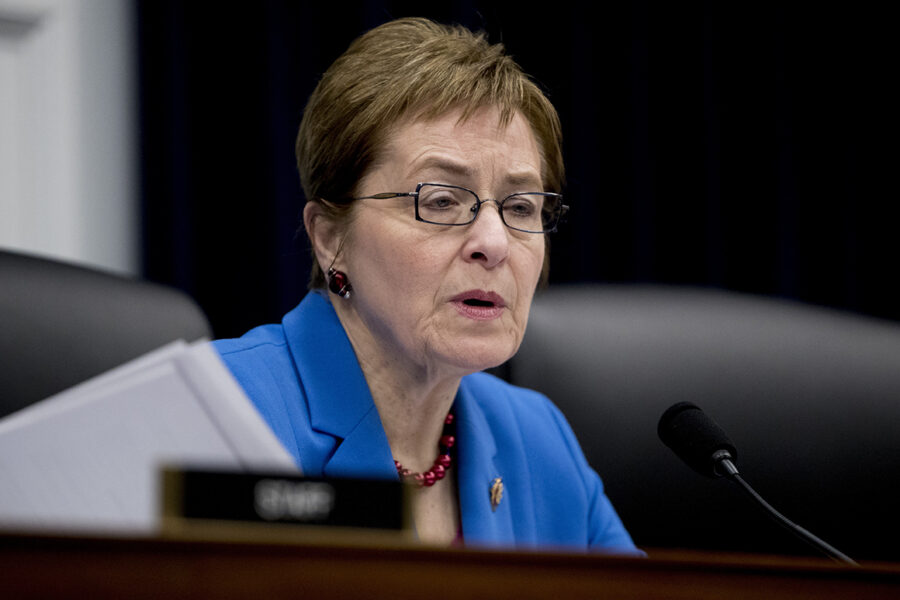 Such moves can spur accusations of foul play from political rivals, and don’t always work out as expected, especially in a cycle where the process has earned more attention from anti-gerrymandering advocates. And with more scrutiny than ever on the once-obscure redistricting process, these acts are possibly becoming harder to pull off.

Perhaps the most brazen example of self-promotion fell flat in western North Carolina, where GOP mapmakers drew a new district to include the home of the state House speaker only to see Rep. Madison Cawthorn (R-N.C.) declare a bid for it. And in Pennsylvania, Democrats flew into a frenzy when a state senator in their own party tried to cut a deal with Republicans to create an open seat within his political base in the Philadelphia area.

“That’s the kind of conflict of interest we all have to be aware of,” said Rep. Madeleine Dean (D-Pa.). “We cannot self-deal by way of a map.”

“We cannot be involved in that,” she said. “That’s not who we should be as a party that believes in good governance.”

Every state has its own, often complex, redistricting requirements. State legislators need a confluence of things to go right to end up in Congress. But perhaps no one seems better poised than Salinas in Oregon, where the redistricting was particularly contentious.

State House Speaker Tina Kotek reneged on a promise to give House Republicans veto power over the redistricting maps. The end result was a grudging compromise after a tumultuous partisan brawl and a walkout from angry Republican lawmakers, with Salinas getting her chance to run in the new, heavily Democratic district she helped created.

Salinas’ campaign initially agreed to make the candidate available for an interview with POLITICO but declined after learning the focus of the story, citing a scheduling conflict. Shannon Geison, a campaign spokesperson, later sent a statement.

“Andrea firmly believes that legislative seats don’t belong to legislators, but to their constituents,” Geison said. “The committee’s commitment was to the people of Oregon — not to any sitting legislator, Andrea included — and the maps reflect that.”

As a sitting state representative, Salinas is the likely front-runner in the race, though neither she nor Smith live in the district for which they are running.

Smith, who declared a run for the new seat before the redistricting process concluded, said she doesn’t know if voters will take issue with Salinas’ lead role in redistricting. “I’m not going to cry about who makes the map and who doesn’t make the map,” she said.

In Ohio, Republican Theresa Gavarone, a leading candidate to take on Kaptur, is the chair of the state Senate’s elections committee, which oversees redistricting. Kaptur wasted no time accusing her of crafting her own launching pad — and says she plans to raise the point throughout the campaign.

“I will certainly do it. But I think it’s important to track her participation in those Statehouse deliberations and in the national people that they listen to,” she said, adding: “This is very calculated.”

In an interview, Gavarone said she did not work on the map that GOP legislators quickly rushed through both chambers, outside of collecting the public’s input. (She also lives outside the borders of the 9th District, where she is running.)

“I had nothing to do with drawing the new congressional districts,” she said. “I did chair the committee that listened to testimony. I made sure that everyone who wanted to speak on the issue had an opportunity to be heard. But I did not draw a map.”

The adopted map was introduced by GOP state Sen. Rob McColley, and Gavarone said she did not work with him on it and saw it only shortly before it came to her committee for a vote to be referred to the full state Senate. She did not consider recusing herself from that vote ahead of a potential congressional run.

“It’s part of my obligation to vote on legislation that goes through the Senate,” she said.

Elsewhere, other legislators involved in mapdrawing are also weighing federal runs. In Missouri, state Sen. Denny Hoskins, a Republican member of the redistricting committee, has said he is mulling a bid for the seat GOP Rep. Vicky Hartzler is vacating to run for Senate.

In Pennsylvania, state Sen. Sharif Street, the top Democrat on the committee charged with redistricting, enraged his party when a leaked map revealed he had conspired with Republicans on a draft his fellow Democrats found unacceptable. The proposed map would have created a new Black opportunity district that Street could run in, potentially at the expense of Rep. Brendan Boyle (D-Pa.).

“He is vice chair of our statewide party,” Dean said of Street. “I thought it was inappropriate for him to have drawn maps that are, a, gerrymandered and, b, self-dealing.”

Yet with a GOP legislature and a Democratic governor, Pennsylvania is likely to see courts draw its maps.

North Carolina’s maps are also once again tangled in a web of litigation. But the Republican legislature approved a map that had perhaps the most obvious example of inside gamesmanship. 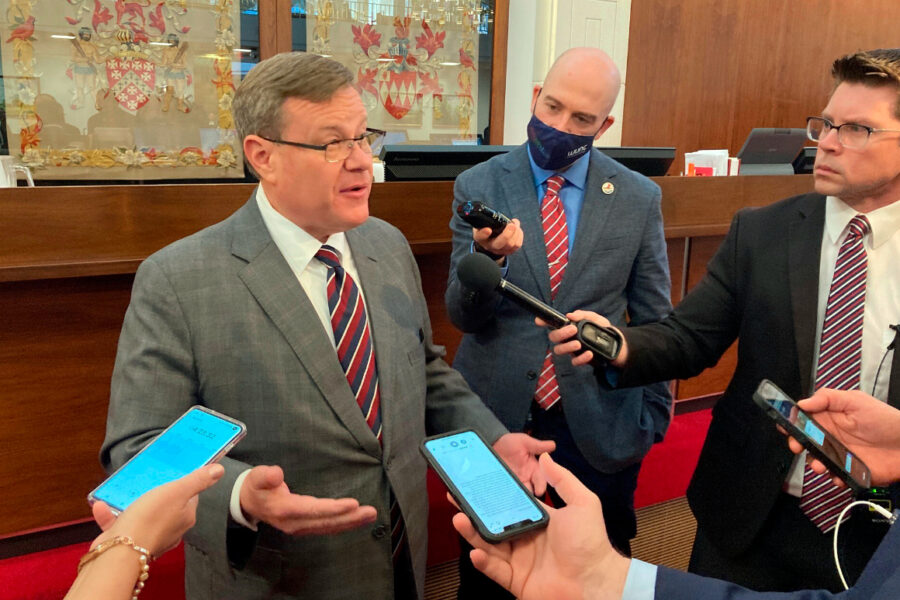 State House Speaker Tim Moore had long been rumored to have his sights set on a congressional seat. And when his GOP colleagues in the legislature released their proposed new map, they fortuitously drew a new district that included Moore’s home county of Cleveland and had no incumbent member living within its borders.

But, before Moore could make any decisions, Cawthorn declared he would run in that district — rather than the more competitive one he lives in and already represents. He said he would do so to ensure an “establishment, go-along-to-get-along Republican” didn’t win the seat in his stead.

The decision left the new version of Cawthorn’s western North Carolina seat open. One member of the state Senate redistricting committee, Chuck Edwards, has already declared, and the committee’s co-chair, Ralph Hise, is thinking about one as well — though both clearly drew the seat thinking Cawthorn would claim it.

And there were other near-misses.

There was some chatter that Illinois Democrats managed to create a new Latino opportunity district at the 11th-hour, because, in part, the redistricting chair, state Sen. Omar Aquino, was eyeing it. (He ultimately decided not to run.) 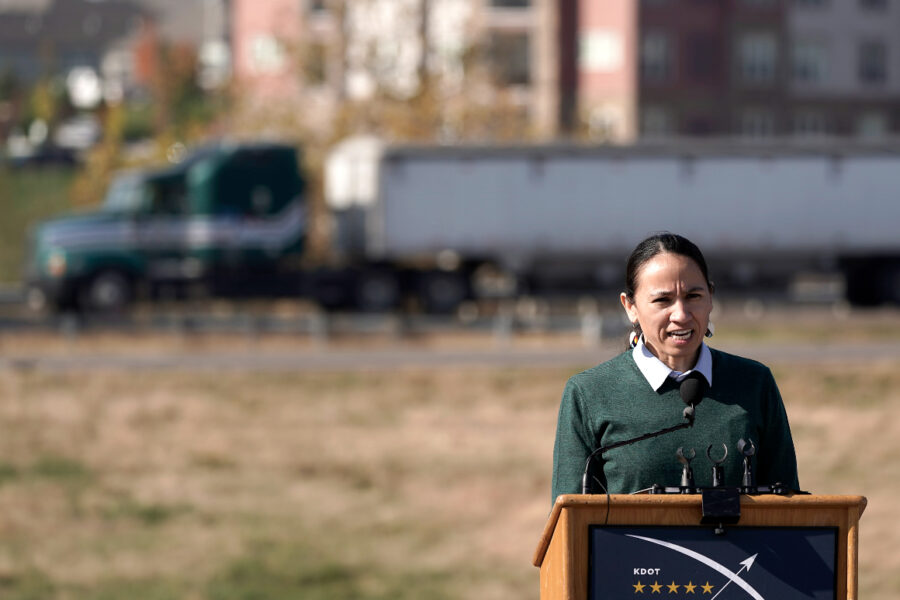 In Kansas, Democrats excoriated state Rep. Chris Croft, the House’s redistricting chair, for considering a run against Rep. Sharice Davids (D-Kan.). He said he did not view it as a conflict of interest but ruled out a campaign even before the new map is finalized.

A slew of states have yet to complete the redistricting process so the final number of legislators who can trade on their federal ambitions is unclear. It’s possible this cycle will feature fewer legislator runs than in the past, perhaps as a result of the increased attention on the benefits of taking political machinations out of the process.

And even when legislators mount runs, the path to victory is not always smooth. One prime example: Allies of Maryland state Senate Majority Leader Rob Garagiola drew the new 6th Congressional District in 2011 to include his home in Germantown while carving out the residences of other prominent local Democrats. It backfired: Garagiola lost a contentious primary to John Delaney, a self-funding businessperson making his first run for public office.

Still, the election records of Congress are littered with state legislators who wielded the redistricting pen to their own advantage.

“Where you can do it, you want to draw that seat for yourself. Absolutely,” said former Rep. Tom Davis (R-Va.), who chaired the House GOP campaign arm during the 2001 redistricting. “You just look at human nature. If you’re in the catbird seat, you take care of yourself, and you get some political advancement out of it.”

Among some historical examples that Davis recalled: Former Rep. Thaddeus McCotter, who jumped from the Michigan state Senate to a newly created seat in 2002; and former Rep. Kenny Marchant, who as redistricting chair of the Texas state House oversaw a process that created a new 24th Congressional District that included nearly all of his legislative seat. (He won it easily and held it until his retirement 16 years later.)

In Florida, the then-state House Speaker Tom Feeney and his top ally, Mario Diaz-Balart, won two districts that they helped draw. Feeney lost in 2008, but Diaz-Balart is still in office as the dean of the state’s congressional delegation.

And the late Democratic Rep. Barbara Jordan, who was open about her efforts in the Texas state Senate to create the seat she won. She was one of the South’s first Black members of Congress since the Reconstruction era.

“That’s kind of almost accepted that people in legislature will try and create districts for themselves when they’re doing redistricting,” said former Democratic Rep. Martin Frost, whose North Texas district was shredded in 2003 when Marchant’s was created. “This is nothing new. And there’s nothing unusual.”