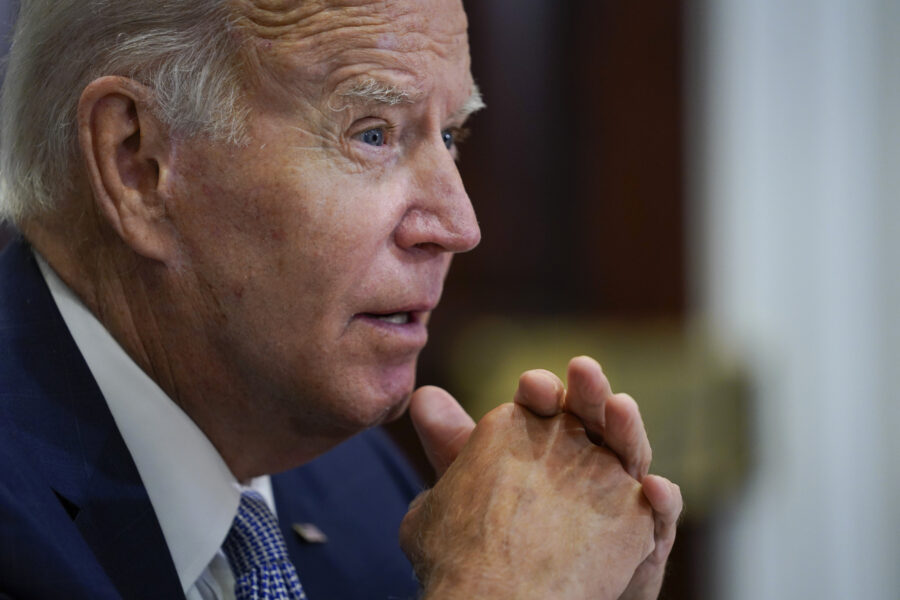 White House officials spent the better part of this year plotting a delicate, step-by-step process they hoped would guide the U.S. out of its pandemic era.

One element that was not part of that plan: President Joe Biden just coming out and saying it.

The declaration surprised the president’s own senior health officials, many of whom only learned about Biden’s remarks from tweets and news headlines. The president had not originally planned to make major news on Covid, nor had he discussed with his health advisers announcing an end to the pandemic soon, two senior officials said.

When the White House reviewed a transcript of his comments after the interview, which was taped earlier in the week, it did not alert its Covid team — leaving the administration without a coordinated response for the immediate aftermath.

In the hours since, health officials have privately and sarcastically applauded themselves for a job well done: After 20 months of round-the-clock work, they joked, all it took to end a once-in-a-century crisis was for Biden to declare it finished. Others argued that the time had actually come for such a declaration; that the virus is in a manageable state and Biden was simply putting in blunt terms where his administration has long been headed.

Substantively, however, there was lingering concern that Biden’s off-the-cuff comments could undercut the White House’s effort to actually bring the public health emergency that is the Covid crisis to a formally declared close — and turn into a political headache should the virus come roaring back.

“We are not where we need to be if we are going to quote ‘live with the virus’,” Anthony Fauci, Biden’s chief medical adviser, said on Monday. “We still must be aware of how unusual this virus is and continues to be in its ability to evolve into new variants which defy the standard public health mechanisms of addressing an outbreak.”

Biden’s pronouncement is likely to give Republicans more ammo to oppose the White House’s funding request to keep the federal Covid response afloat. The White House is seeking more than $22 billion, though Democrats’ faith they could secure that amount in an upcoming budget bill was waning even before the airing of “60 Minutes.”

It could also complicate the administration’s campaign for people to seek updated vaccines ahead of a potential winter surge — an uphill battle that health officials say will be the true determinant for whether the U.S. can emerge from the pandemic.

Administration officials involved with the Covid response stressed that Biden’s remarks would not impact their policy planning, nor that they represented a turning point in the response. The administration is still expected to renew its Covid public health declaration in October, and is pushing ahead to stockpile testing supplies.

The White House also downplayed the rhetorical significance of Biden’s comments, dismissing it as the president’s attempt to highlight the administration’s success in beating back the virus. Widely available vaccines and treatments are capable of blunting the worst of Covid’s effects, businesses and schools are open, and emergency health measures have largely evaporated. Even if the U.S. is technically still in a pandemic, aides argue, Biden was trying to express that most people’s lives are no longer being controlled by it.

A White House spokesperson on Monday pointed to the administration’s previously released fall Covid plan,which encouraged the use of vaccination and treatments to “manage fluctuations in COVID-19 and move forward safely.”

“When properly used, the tools we now have can prevent nearly all COVID-19 deaths,” the plan said.

Still, the episode underscores the difficulty facing the White House in claiming political credit for its progress on the pandemic even as it tries to rally a weary public against the threat of a resurgence.

More than 300 people a day are still dying from Covid-19, according to the Centers for Disease Control and Prevention, and tens of thousands more are hospitalized. Biden officials and public health experts worry that a wave of cases during the colder months could once again disrupt Americans’ lives, and believe the emergence of another variant down the road is inevitable.

At the same time, the administration has increasingly struggled to get people vaccinated, stymied by difficulties breaking through the public’s pandemic fatigue.

“Public health has really lost the trust of many, because we seem to be whipsawing back and forth between different positions,” said Michael Osterholm, director of the Center for Infectious Disease Research and Policy at the University of Minnesota. “Here’s an example of one right now. If you say the pandemic is over with, why would people need to get these boosters? We’re already hearing that from the public.”

The chorus of disapproval from the public health community with Biden’s comments drew eyrolls among White House aides on Monday, who pointed to their efforts to promote booster shots and secure more funding as evidence that they are not treating Covid as a problem of the past.

Rather, White House officials insisted they can still run the kind of aggressive vaccination campaign that’s needed to protect people against a resurgence, while simultaneously acknowledging that much of the country has moved on.

The administration earlier this month opted to roll out new, updated vaccines to ensure vulnerable populations could get their shots well before the winter. It has also sought to rebrand the Covid vaccine as a once-a-year shot; an acknowledgment, aides said, that most healthy people won’t need more protection than that to stave off severe illness and likely wouldn’t be willing to get it anyway.

The new messaging approach developed by Biden’s top health officials is aimed at reviving interest in the vaccines and normalizing them as part of people’s broader health routines, rather than the latest in an endless series of booster shots.

In a recent press briefing, White House Covid-19 response coordinator Ashish Jha touted the shift to an annual vaccination cadence as an “important milestone.” Biden is also expected to deliver a speech promoting the annual approach in the near future, aides said, in what would be his first Covid-specific public address since July.

Those tactics are only likely to get the administration so far, though. Community groups doing outreach for the shots have reported tepid demand in the first weeks of the rollout, a lack of urgency that those on the ground said has been reinforced by the rush at state and local levels to eliminate the last of the pandemic precautions, like masking and vaccine requirements.

“This is very difficult,” Reed Tuckson, co-founder of the Black Coalition Against Covid, said of the state of the local outreach effort even before Biden’s “60 Minutes” comments. “The sentiment out there is that this disease, as far as they’re concerned, is over.”

Biden officials privately allowed that takeup of the updated vaccine is likely to remain low, even as they plan to use the government’s limited remaining Covid funds to push the shots as critical to keeping people safe. It was another factor contributing to the difficulty in discerning what stage of the pandemic fight the country is in.

“Where are we at in the pandemic?” Osterholm said. “We have to just acknowledge: We don’t know.”